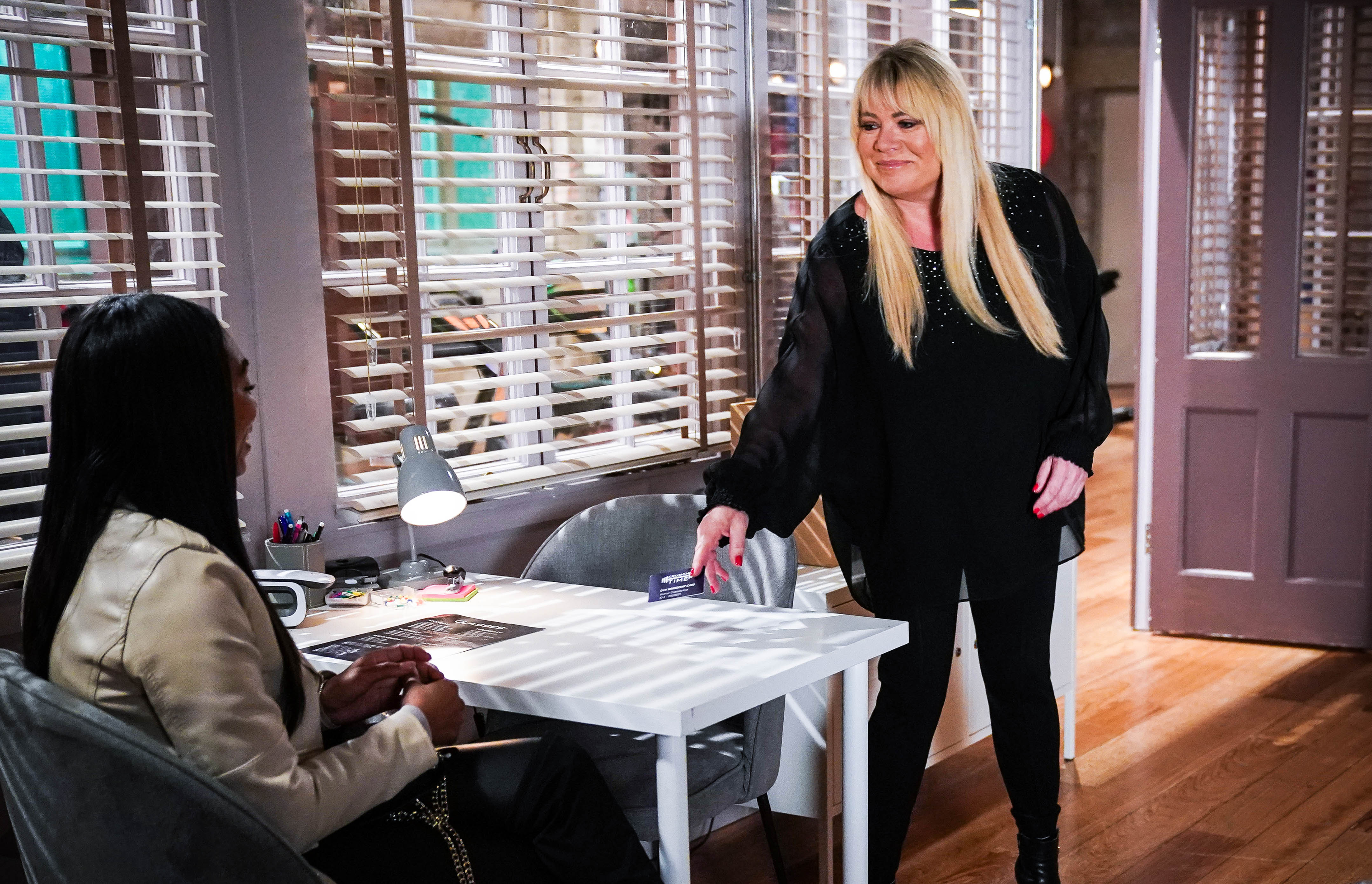 Chelsea Fox (Zaraah Abrahams) is determined to keep Gray Atkins (Toby-Alexander Smith) out of her unborn child’s life in EastEnders, but she could be set to reconsider after a word of advice from Sharon Watts (Letitia Dean).

After discovering that she was pregnant, Chelsea decided to have a termination, but she soon reconsidered, following a conversation with Whitney Dean (Shona McGarty).

Whitney argued that Gray is a great father, and therefore she owes him the chance to prove himself to her.

But Chelsea remained steadfast in her decision, refusing to have Gray involved, reiterating that he isn’t the nice guy that Whitney thinks he is, and thus she doesn’t want her child anywhere near him.

Whitney persisted, claiming that she cannot start a relationship with Gray with this secret hanging over her. Chelsea, therefore, decided to do as she was asked, telling Gray all about her pregnancy.

Gray reeled in the wake of the knowledge that he was going to be a dad again, but Chelsea stood by her original decision, telling him she doesn’t want him involved in her child’s life.

The killer continues to process the news in Thursday’s (October 21) edition of the BBC One soap, and he wastes little time in confronting Chelsea once again.

But things get heated, and Gray ultimately issues her with a warning, telling her motherhood isn’t as easy as she thinks it is.

Gray isn’t the only one dishing out advice either, as Chelsea pops by the gym during the same episode, where Sharon has a word with her.

Afterward, Chelsea comes to realise that things may not be as simple as she thinks they will.

Will she reconsider and allow Gray to help her raise the baby?

EastEnders airs these scenes on Thursday October 21 at 7:35pm on BBC One.