Former Coronation Street and Hollyoaks star Chris Fountain has spoken about the impact of suffering a mini-stroke at the age of 35.

The actor, who played Tommy Duckworth on Corrie, called 111 after losing the ability to speak in August,

After being taken to the hospital, Chris was diagnosed as having a Transient Ischaemic Attack (TIA) due to brain clotting.

Since the diagnosis, Chris has been relearning to speak and appeared on Tuesday’s This Morning about the incident with Holly Willoughby and Phillip Schofield.

Chris said he was aware ‘something wasn’t quite right’ but couldn’t put his finger on it when he realised his ‘brain and mouth were not on the same page.’

He said he went around his house trying to identify various items and while ‘inside his head was perfect’ he wasn’t able to articulate what he saw.

While being examined by medics, who ‘wanted to test everything’ because Chris is ‘so young’, he said they found he had an underlying medical condition, a hole in the heart. 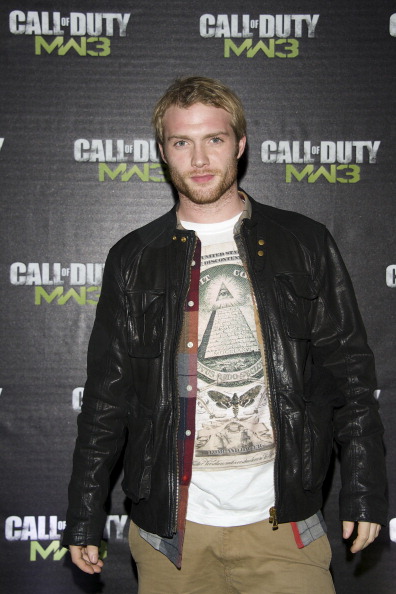 Chris added: ‘I’ve found out since going back into hospital that I have a hole in my heart. Yeah. Now apparently this is quite common and a lot of people will go through life and not ever realise [they have the condition].

‘But the problem I had was that the clot got through the hole and then went to my brain which went to the left-hand side of my brain, which was my speech and memory which is obviously why I couldn’t speak properly.

Signs and symptoms of a mini-stroke

Like a stroke, the signs and symptoms of a TIA usually begin suddenly.

It’s important to recognise the symptoms quickly and call 999 to ask for an ambulance straight away.

The main symptoms can be remembered with the word FAST:

The symptoms in the FAST test identify most strokes and TIAs, but a TIA can occasionally cause different symptoms that typically appear suddenly (usually over a few seconds).

Other signs and symptoms may include:

‘But as traumatising as it has been – and it’s been a really weird few months trying to accept and move forward and process things – it could have been so much worse for me.’

Chris added he was currently working with a speech therapist and said he had found it ‘tough’ stumbling over words with had left him ‘quite irritable.’

This Morning airs on weekdays from 10am on ITV.