Chris Hughes defends Gemma Owen for 'handling herself like an adult' 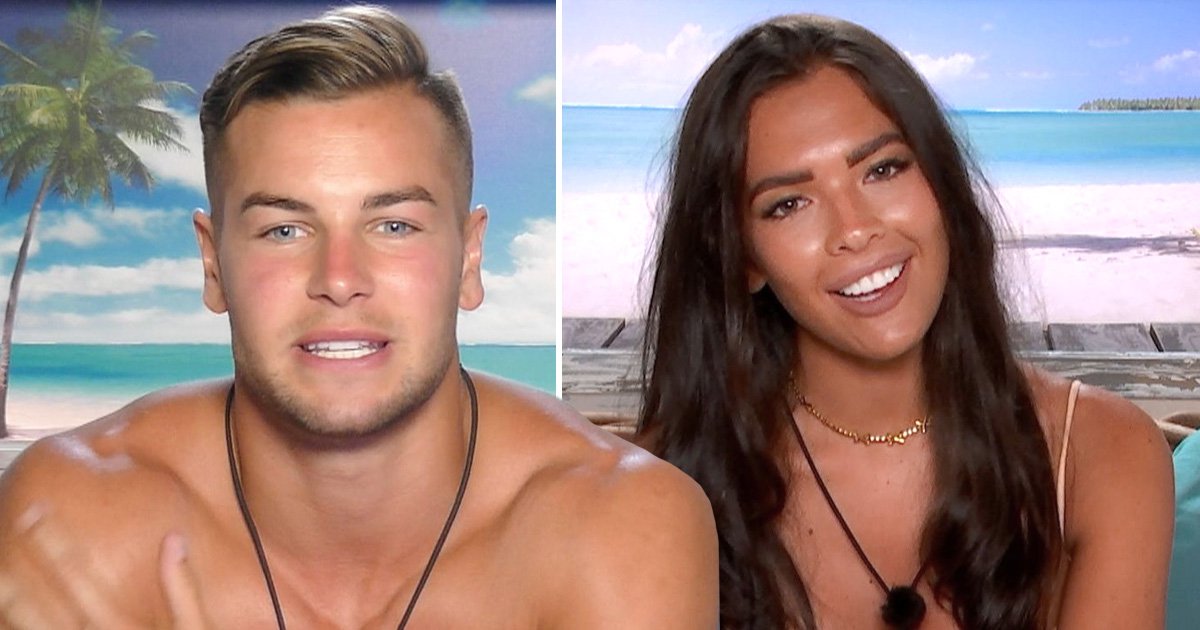 Former Love Islander Chris Hughes has defended 19-year-old Gemma Owen on the show, after she received criticism for ‘rude’ behaviour and viewers taking issue with the sizeable age difference between Gemma and Davide Sanclimenti, aged 27.

Gemma, the daughter of ex-footballer Michael Owen, certainly made her presence felt during the launch of the new series, with her ‘rude’ comments towards Luca Bish after coupling up with Liam Lewellyn and making a bee-line for Italian stallion Davide, despite him being eight years her senior.

However, ex-Love Islander Chris – who was coupled up with Olivia Atwood on the series in 2017 – has defended Gemma’s age and behaviour.

Speaking exclusively to Metro.co.uk, Chris, who is currently supporting the 150th Open Championship Claret Jug Tour in partnership with HSBC UK, said: ‘Everyone’s different. You can meet 18, 19, 20-year-olds who are very mature, and they can be more grown up than a 28-year-old.’

He added that he ‘can’t judge somebody’ without knowing their personality, but referring to backlash Gemma faced for being ‘rude’ after her behaviour towards fellow islander Luca about his surname, Chris shared: ‘I feel like Gemma handled herself like an adult, she has strong opinions on things she likes and dislikes and I think that’s fair enough, we’re individuals.

He continued: ‘Somebody’s not her natural type, that’s fair enough. I think people forget, like fair play have a strong personality because if you’re going on there to find love and you’re saying that’s not my type, she’s on there to find someone she wants to be with.

‘I feel like a lot of people forget the basis of the show, like you get entertainment along the way but she’s obviously sticking to her guns and I don’t see what’s wrong with that.

‘She got a lot of criticism for being dismissive but she’s on there to find love and for the actual basis of the show, I feel like people have forgotten that that’s what the show is actually about.’

Chris, who left the Love Island villa and became a sports presenter, working with broadcasters including BBC, ITV and Sky Sports, on a range of sporting events covering golf, cricket and horse-racing, admitted he didn’t follow the ‘natural steps’ that other ex-Love Islanders do when they rise to fame.

He told us: ‘To be a part of the 150th Open, part of the tour of the Claret Jug, is a real honour. It’s a real privilege, for me it’s the most iconic trophy in golf. Love Island is where I got my platform, where people knew me from, it gave me so many opportunities, especially working with golf. I’m obviously grateful for Love Island for the platform, it’s been a massive help for me, you’ve got to grasp those opportunities.’

Chris continued: ‘It’s not the natural steps but it’s natural to me, that’s why at first it takes people a bit of time to teach people that side of you, you’ve got to convert people first because opinions can be quite brutal, but I’m there for a reason.’

He added: ‘If someone said to me, “I’ve been asked to go on Love Island or I’m thinking about applying and what’s the benefits and what’s the negatives”, I’d say “You’re opening up yourself to opinions”. I’d always tell people to be themselves, I was always myself.

‘You can see when people aren’t themselves and they try to be someone else because over a long period of time it doesn’t last, the character you’re trying to be.

‘Obviously for me it’s been very positive, I’ve taken a lot of opportunities, I’ve been able to have a platform and discuss things like mental health, and my brother’s testicular cancer and raise awareness for that, so it’s given me a platform where I can do a lot of positive with it.’

Chris Hughes is supporting The 150th Open Championship Claret Jug Tour, in partnership with HSBC UK, visiting schools, golf clubs, city centres and HSBC branches as it makes its way across the UK and Ireland, ending at St Andrews for The 150th Open in July.

For more information about The 150th Open Claret Jug Tour visit TheOpen.com and follow @TheOpen and @HSBC_UK on social media.

Kiss goodbye to your social life – Love Island is back to dominate your evenings, with the new series promising more drama than ever before.

For all the latest updates, visit Metro.co.uk‘s Love Island page.