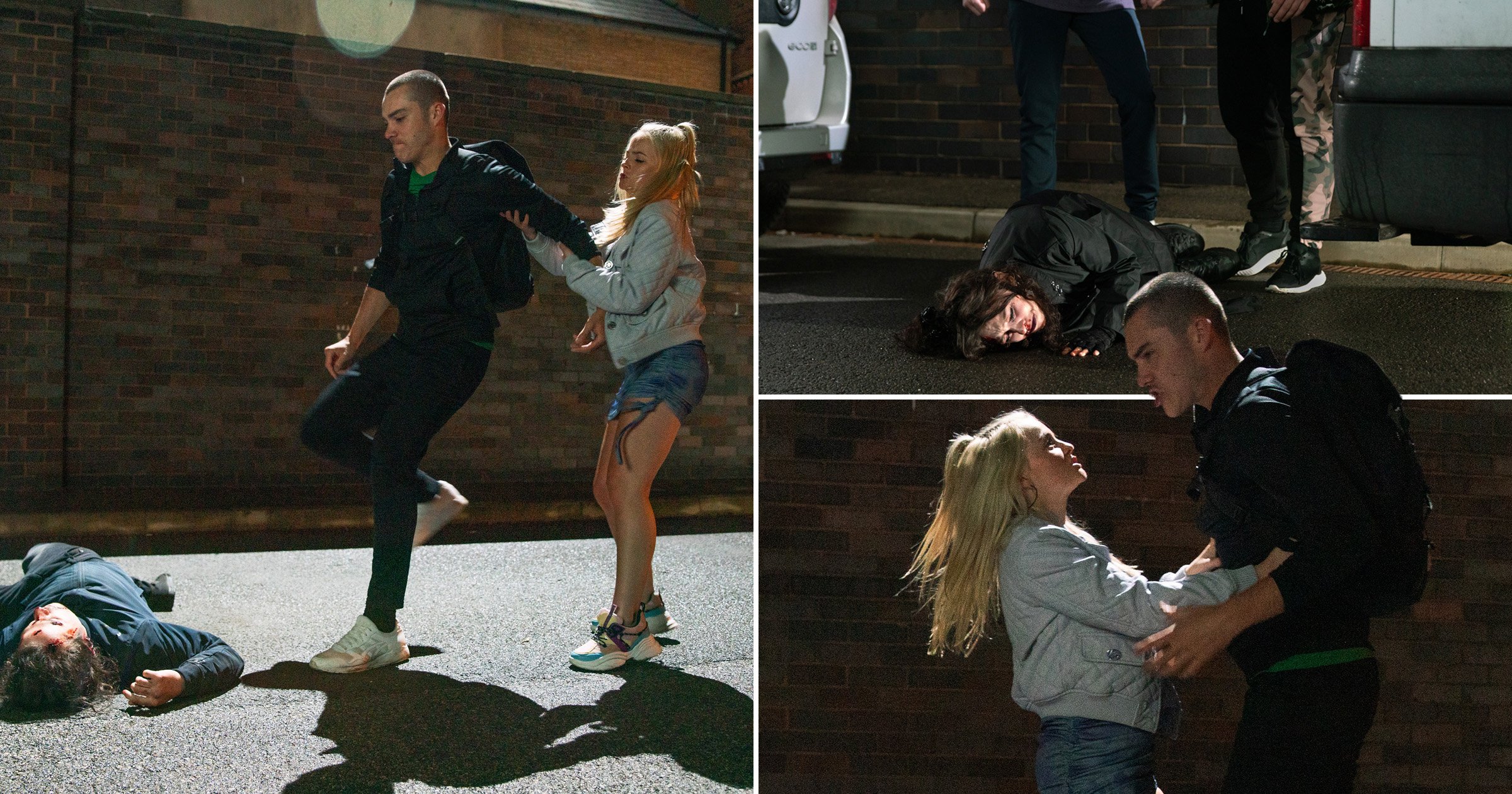 Seb was left for dead in a hate crime, with Nina Lucas (Mollie Gallagher) fighting for her life and facing even more trauma in the following days.

Fans have seen the character struggle to remember what happened on that fateful night, but with just days to go before she takes the stand in court, her memory starts to return.

In chilling flashback episodes on Monday, she’ll finally relieve the full horror of her beau’s murder.

Dramatic teaser photos from the instalment show Corey (Maximus Evans) appearing to kick an unconscious Seb as he lays on the floor, with Kelly pulling him away from the scene.

While another picture shows Nina clearly in pain and bleeding over the attack, as thugs stand over her body.

But is there more to the story?

Mollie opened up about filming the emotional flashbacks, and revealed just how worried her character is feeling over the possibility of taking the stand.

Discussing the scenes, she said: ‘It was very hard because it was a reminder of the connection to the Sophie Lancaster story. I am only an actor playing a role but this has happened to people in real life and that is heartbreaking.

‘It was cold and wet, lying on the floor, and we had to get back into the mindset that we had a few months ago and that was difficult but I am so grateful to be doing this storyline on an issue which is so important to highlight.

‘It is important for the viewers to see the truth and what actually happened that night.’

Speaking of how Nina feels about the upcoming trial, Mollie continued: ‘She is feeling very nervous because she knows she can’t remember what happened and she is putting a lot of pressure on herself.

‘A song comes on in the cafe when she is sleeping and she remembers that it is the same song that was playing in the van Seb was driving, the day of the attack.

‘It triggers her memory and although it’s emotional it makes her feel encouraged that she can remember more if she tries.

‘She is determined to remember for Seb and for Abi and she wants justice to be done. She feels like she owes it to Seb and that it’s the last thing she can do for him, to remember what happened. She also wants closure for herself.

‘Her biggest fear is that justice won’t be done.’

Mollie also shared her ‘pride’ of Nina for keeping her quest for for the truth going even when she struggled within herself.

‘During the flashback scenes I tried to play it as her having a lot of strength but she is also very vulnerable as well so I tried to find that balance,’ she added.

‘I think she is a great role model because she always wants to do what is right and she is very strong-minded. I’m so grateful to have been given the opportunity to play a character like Nina.’