Coronation Street’s Sean Tully (played by Antony Cotton) and Paul Foreman (Peter Ash) will have an explosive row in scenes set to air next week.

It kicks off on the ITV soap as Sean is all set to go on a date, but Paul winds him up by sending a text from his phone to his potential new man.

The next day, Sean confronts Paul as he tells him that when he turned up to the date, the guy was already kissing someone else.

In front of Billy Mayhew (Daniel Brocklebank), he blames it on Paul for interfering and sending the text.

Although Billy and Sean are keen to go along with her idea, Paul is annoyed at the prospect of spending the time together with the vicar’s ex.

The situation escalates later in the week when Sean jumps to conclusions and accuses Paul of stealing the charity box at the medical centre after the ex-con gifts Billy some expensive headphones.

It comes after Paul is seen by Sean hanging around with some suspicious looking pals.

The police turn up to ask Paul about the missing money and he is absolutely furious when he discovers Moira Pollock (Louiza Patikas) phoned them after Sean suspected Paul.

Subsequently, it’s down to Billy to intervene when Paul launches himself at Sean. 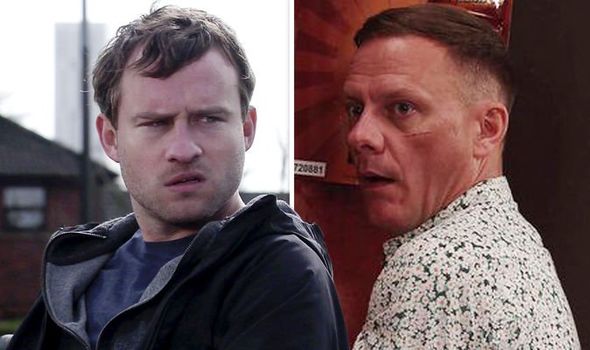 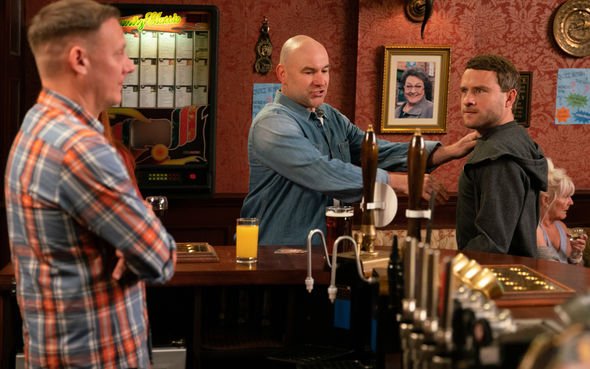 Sean is shaken by the ordeal and walks down the ginnel following the confrontation, however, he is met by a punch to the face.

While all signs point to Paul being the culprit, is he really the one behind it?

It could threaten Paul and Billy’s relationship if the vicar thinks his boyfriend is guilty.

Elsewhere on the cobbles, it looks like a romance is set to bloom for Maria Connor (Samia Longchambon).

It unfolds as she turns to a neighbour for consolation over not having any romance in her life. 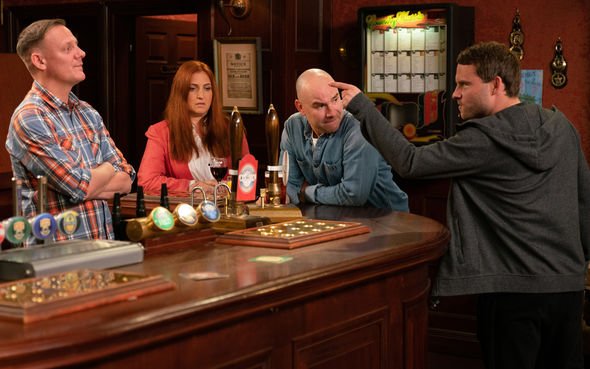 She will sit down with dishy doctor Ali Neeson (James Burrows) to complain about her lack of love.

He’s obviously got his eye on her as he tells her the one for her might be closer than she thinks.

Not taking his hint though, Maria signs up to a dating app following chats with Gail Platt (Helen Worth).

However, the dates end up going awry, so can she find what she’s looking for with Ali?