Sean (played by Antony Cotton) has been somewhat of a closed book with regards to his past since arriving on Coronation Street 18 years ago. The Rovers Return barman hasn’t spoken much about his childhood or his relationship with his mother and father. However, as inquisitive Dylan (Liam McCheyne) tries to learn more about his old man in the coming months on the ITV soap, he could discover the real reason why the Underworld Factory worker turned up in Weatherfield nearly two decades ago.

Speaking with Express.co.uk and other publications, Sean star Antony, 45, teased some details about his character’s past and why the barman acts the way he does.

The actor explained of Dylan’s permanent return next year: “There is trepidation and worry that when you go from spending no time with somebody to spending 24 hours a day with somebody, that is a big thing.

“Ultimately, Sean loves and adores his son. The only problem Sean has is with himself, wondering whether he is going to be good at it because that is Sean’s nature.

“He worries. He’s like a swan; appearance is everything to Sean. But backstage, underneath it all that’s his main worry.”

Referring to a dark moment from his alter-ego’s childhood, the soap star explained: “He is a little bit self-centred but that’s because he’s never had anyone else to look after him.” 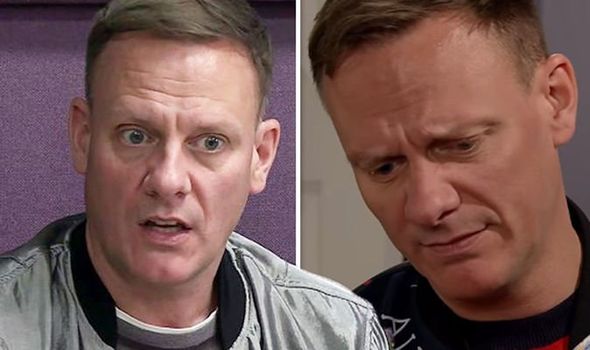 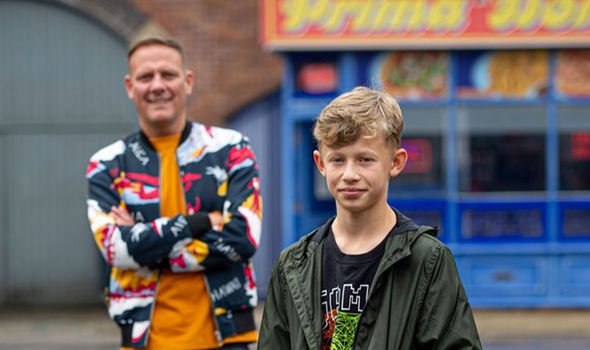 “My character is based on several people who didn’t have people to look after them and they’re people in real life that didn’t have mums or dads or guardians of any kind,” the actor said.

“Sean has had to fend for himself because if you look at the intricacies of how Sean is, it’s come from a real place,” Antony explained.

The barman might be forced to confront his childhood as when Dylan moves in with him on a more permanent basis, he could ask about his grandparents.

As a result, the beloved character could explain he basically raised himself as his parents disowned him when he told them he was gay. 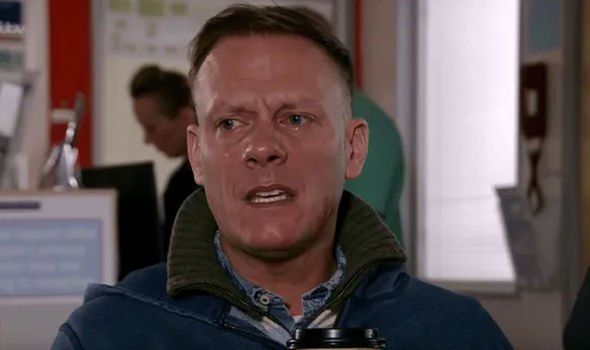 Sean has had to fend for himself

This might mean Sean would’ve left home at an early and never found himself a permanent home until he moved to the cobbles.

Finally settling into life in Weatherfield, the barman could have put his dark past to the back of his mind in order to move on with his life.

However, now a father to a teenager, the beloved character could do a little digging to see if his parents are still alive.

If he does find where they are living, will it be a happy reunion, or will the Underworld worker live to regret reliving his childhood?

Viewers have already got a taste of what it will be like when Dylan lives under the same roof as Sean as the youngster made his return to screens a few weeks ago.

Following an eight-year absence from the soap, the character has made a comeback as a moody teenager who his father is desperately trying to impress.

This has led the barman to pull out all stops, including paying over £300 for two football tickets to give his son the best experience.

Speaking of being reunited with young actor Liam, Antony said: “This was originally going to happen 12 months ago, with a different kind of story.

“Then stuff happens, as it always does, where something else was brought in and it was too similar,” the soap star explained.

“But at the time when I was told that it wasn’t going to happen. Executive producer Iain MacLeod also said to me: ‘Don’t worry, it is going to happen in another scenario but it’s going to take a bit of time’.

“Then COVID happened. Dylan should have actually been on-screen a lot sooner, but then it all went wrong.

“And even before that, he should have been on screen a year ago but in a different incarnation!” the actor added.