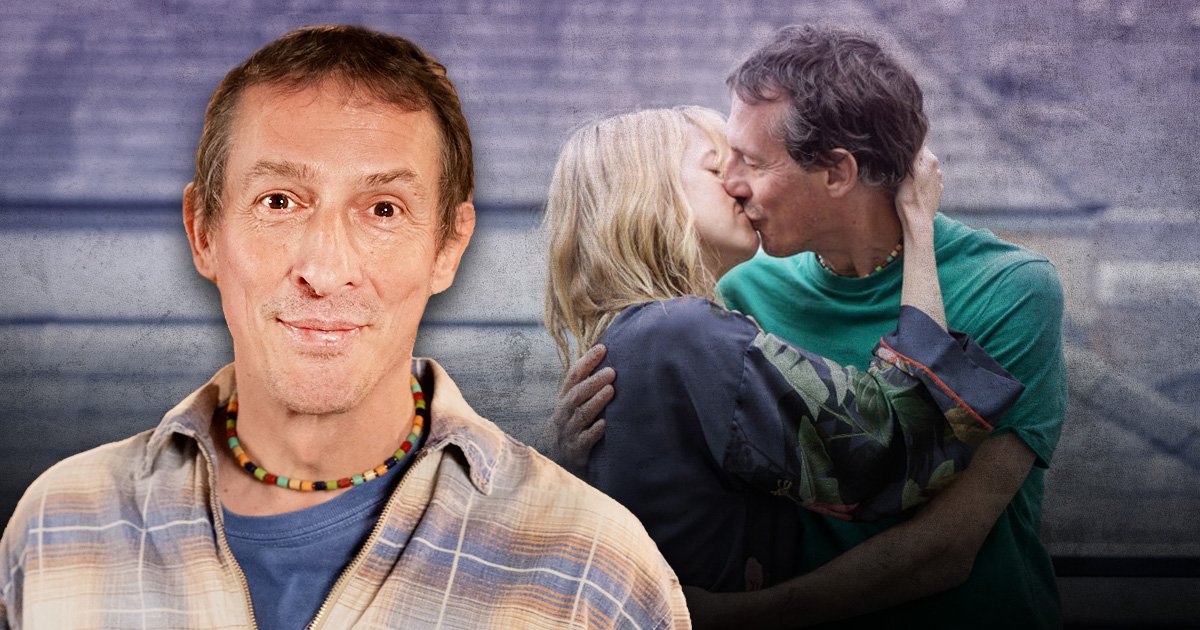 While we’re firmly giving Stephen the role of new villain, there is a lot more mystery surrounding Spider as so far, we barely have any indication as to what he’s been up to while away from Weatherfield.

In a recent episode, Spider made a secret phone call and told the person on the line he ‘can’t wait to get back’ and that he’s also been really busy.

Away from this unknown contact, Spider has stuck to his roots of getting involved in environmental protests, something Toyah (Georgia Taylor) has used as a distraction ahead of the trial following Imran’s (Charlie de Melo) death.

As the guilt continues to eat away at Toyah, she decides to unburden herself to Spider – the last person she should be speaking to, according to Corrie boss Iain MacLeod:

‘Toyah reaches this huge emotional crisis point where she’s got this burning desire to repent or just find catharsis. She ends up unburdening herself entirely to Spider, talking in detail for the first time about what went on behind the wheel of that car, to what extent or not she feels culpable for what happened to Imran, how much of it was an accident and how much of it was deliberate.

‘Toyah believes that Spider is the best person she could tell when in fact, at that time, he’s the worse conceivable option in terms of who she should be confessing to. I can’t say a great deal more than that, but Toyah feels like she’s head over heels in love with this guy and while she might not be wrong, she’s certainly making a huge mistake in telling all of this to him.’

One thing that’s been on all of our minds since Spider’s return is just what he’s been up to since leaving the cobbles.

Spider has been away for the best part of 20 years, his whole life has changed, and that’s something Iain and his team discussed a lot as they started rebuilding this beloved character.

‘We had a lengthy and heated debate about what does Spider’s life look like now? Is he the eternal teenager that’s still chaining himself to trees or has he had to grow up? What does the 21st century version of Spider look like? How has he gone about trying to change the world for the better since we last saw him?

‘I think the answers we’ve come up with are surprising, shocking, interesting, I think they will make the audience gasp slightly when we discover what’s going on with his life at present. He felt like exactly the right person to reintroduce to Toyah’s life, just as she hits rock bottom.’

Rock bottom is exactly the phrase to describe Toyah’s situation currently. With no job, no money and no home of her own, Toyah has occupied her mind with attending protests and catching up with Spider, something Iain describes as ‘a little interlude of optimism and happiness.’

Calling Toyah reuniting with Spider ‘a brilliant little psychological boost for her’, Iain knows that this is very much the calm before the storm as Toyah heads to court to find out if she will spend a huge part of her life behind bars.

‘We really whip the rug out from under her in fairly spectacular fashion across September and beyond’, he reveals.

‘She’s on self-destruct by the time she gets up in the witness box. For Toyah, whatever you may think about what happened in the car, fundamentally she is a good person. She certainly considers herself to have a good heart and strong morals.’

‘There’s every possibility that she might just hit self-destruct in some kind of desire to atone for her sins when she gets to court. There’s quite a lot of danger there. The performances, by the way, are fantastically good and have been across the whole story.

‘When it comes to Georgia, she’s not always playing the hero of the piece, or the tragic heroine. She’s playing very murky and tricky to portray emotions across the story and she’s doing it with absolute class. She’s just blown me away, really, across this arc.’

‘The trial is dangerous and oddly enough, the two most dangerous things in it are Toyah’s desire to set fire to her own life, and Spider’s surprising level of threat when he discovers what Toyah claims she’s done in that car.’