At a time of serious divisions in society, notably in Brexit Britain, he’s proud of the organisation which unites race, culture and creed to create a utopian musical playground. 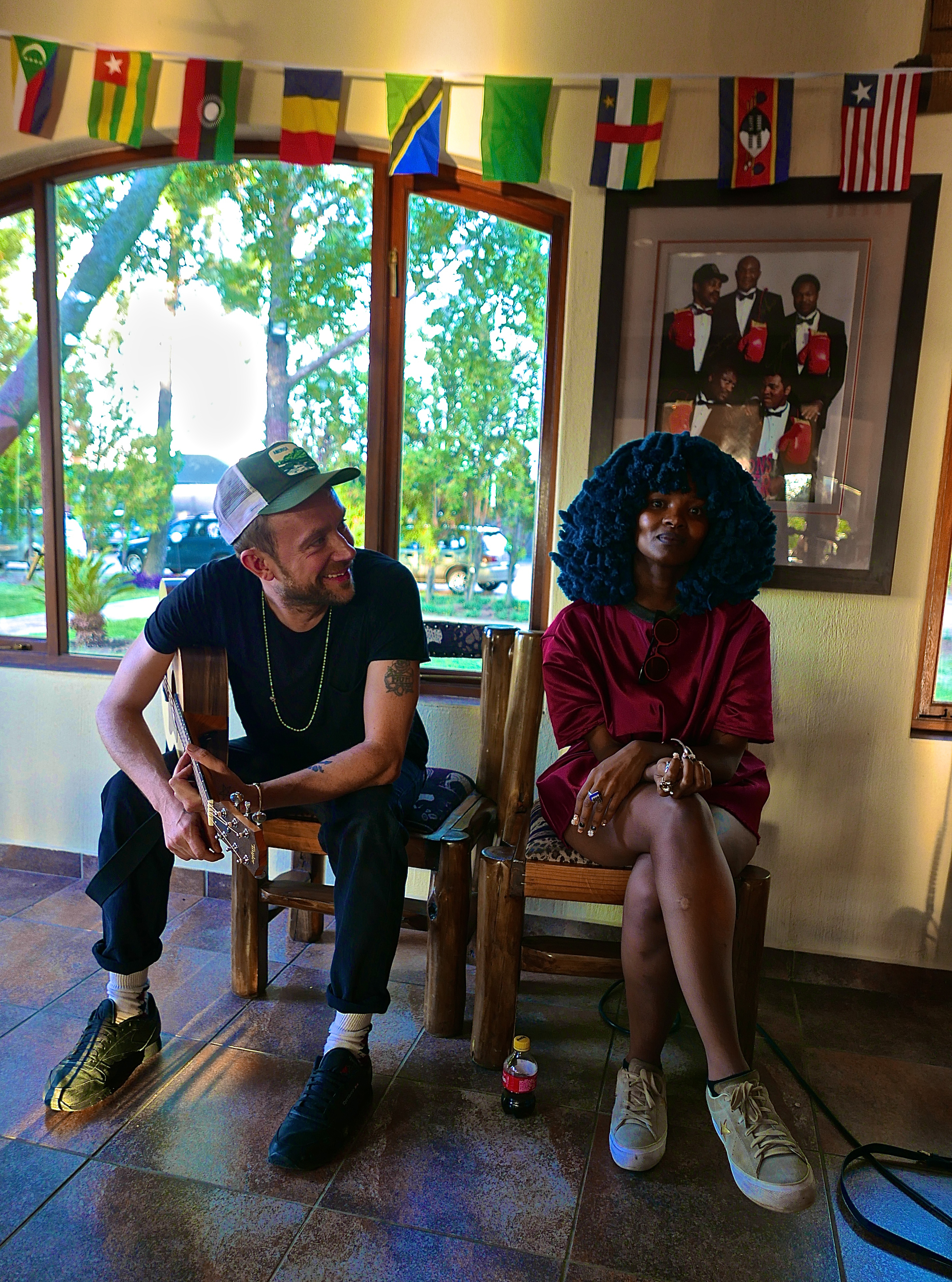 Dating back to 2006, it brings African, Middle Eastern and Western musicians together for freewheeling recording projects and vibrant live shows.

“It’s a dream of a place that people find comfortable, safe and positive,” says co-founder Damon.

“Communicating with people and making emotional connections is what we need right now.

“Without sounding like too much of a hippie, it’s why Africa Express can be very powerful.”

And besides that, he continues, “We get to have fantastic adventures and do amazing things.”

After trips to Mali, Nigeria, Morocco, Ethiopia and the Congo, the latest adventure saw the collective gather in Johannesburg with some phenomenal South African artists.

'DREAM OF A PLACE'

The result of their endeavours is an 18-track album called EGOLI, named after the Zulu word for South Africa’s “city of gold”.

Language is no barrier with lyrics in Xhosa, Zulu, Sesotho, Acholi as well as English and even Welsh thanks to the contribution of Super Furry Animals’ Gruff Rhys.

And, let’s face it, music of African origin should make perfect sense to Western ears, as Damon is always keen to stress.

“In places like Mali, I immediately connected with their sense of melody,” he says.

“They love minor chords which is very similar to our folk tradition. Then, of course, blues and rock and roll emanated from Africa.” 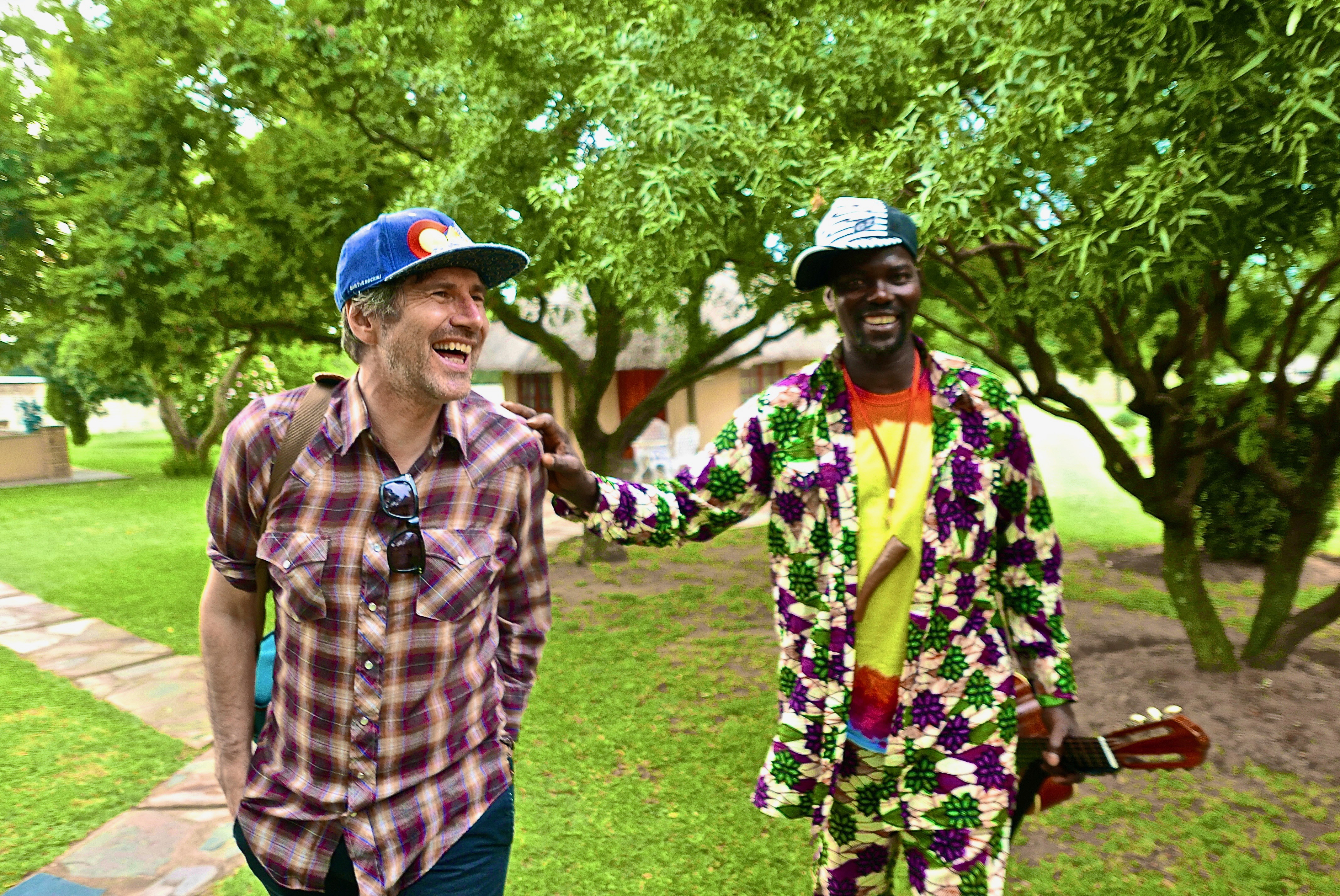 This week, I headed over to Damon’s studio in the shadow of London’s Westway to hear the latest chapter in a captivating tale.

Taking a breather from The Good, The Bad & The Queen’s European tour, he’s looking fit and well and greets me with a warm hug.

After expressing his dismay at Donald Trump for claiming George Washington’s revolutionary troops “took over the airports” in the 1700s, “not funny but horrifying”, we turn to the task in hand.

First, Damon reflects on the Africa Express experience as a whole, “Blimey, what a journey it’s been!

“I remember the first conversation with Ian Birrell (journalist and co-founder) in a Land Rover driving at great speed across the Sahara to catch a plane from Timbuktu to Bamako (the capital of Mali). It’s a very idealistic idea but it’s got an extremely open heart. You talk to 99 per cent of people involved and they say they have found the experience transformative.”

That includes Paul McCartney during the 2012 London Olympics when he found himself on stage with Ba Cissoko, a band from Guinea described as “West Africa meets Jimi Hendrix”.

Damon recalls: “He’s playing next to them and they’ve got no idea who is. But because they’re all musicians, they’re connected.

“It was hilarious watching him but it was nice for him as well. What a joy to just be the musician. After all, that’s what he is in essence, isn’t he?”

Wind forward to 2018 and there was a compelling reason why South Africa was chosen as a destination for the latest ambitious Africa Express initiative.

A decade earlier, Damon visited the country because partner Suzi’s family originally came from Johannesburg but fled the apartheid regime in the Sixties.

“So I got a chance to hang out in Soweto where there was an abundance of amazing electronic music,” he says.

“It felt very different to everything else going on in Africa so, in the back of my head, I knew we could do something.”

Doing something meant finding an assortment of huts in Johannesburg’s Midrand district, which Damon likens to a “traditional caravan park”. It’s next to a “high, white wall”, which just happens to enclose the outrageously opulent Fourways

In the considerably more humble surroundings of 27 huts, the Africa Express musicians gathered.

Damon says: “We worked for five days and nights. There was a swimming pool, a place where we all ate together and a huge Great Dane always snoring very loudly.”

He rolls up his right sleeve to show me evidence of the trip being a resounding success — a simple tattoo on his inner arm depicting his hut, No2 of the 27. 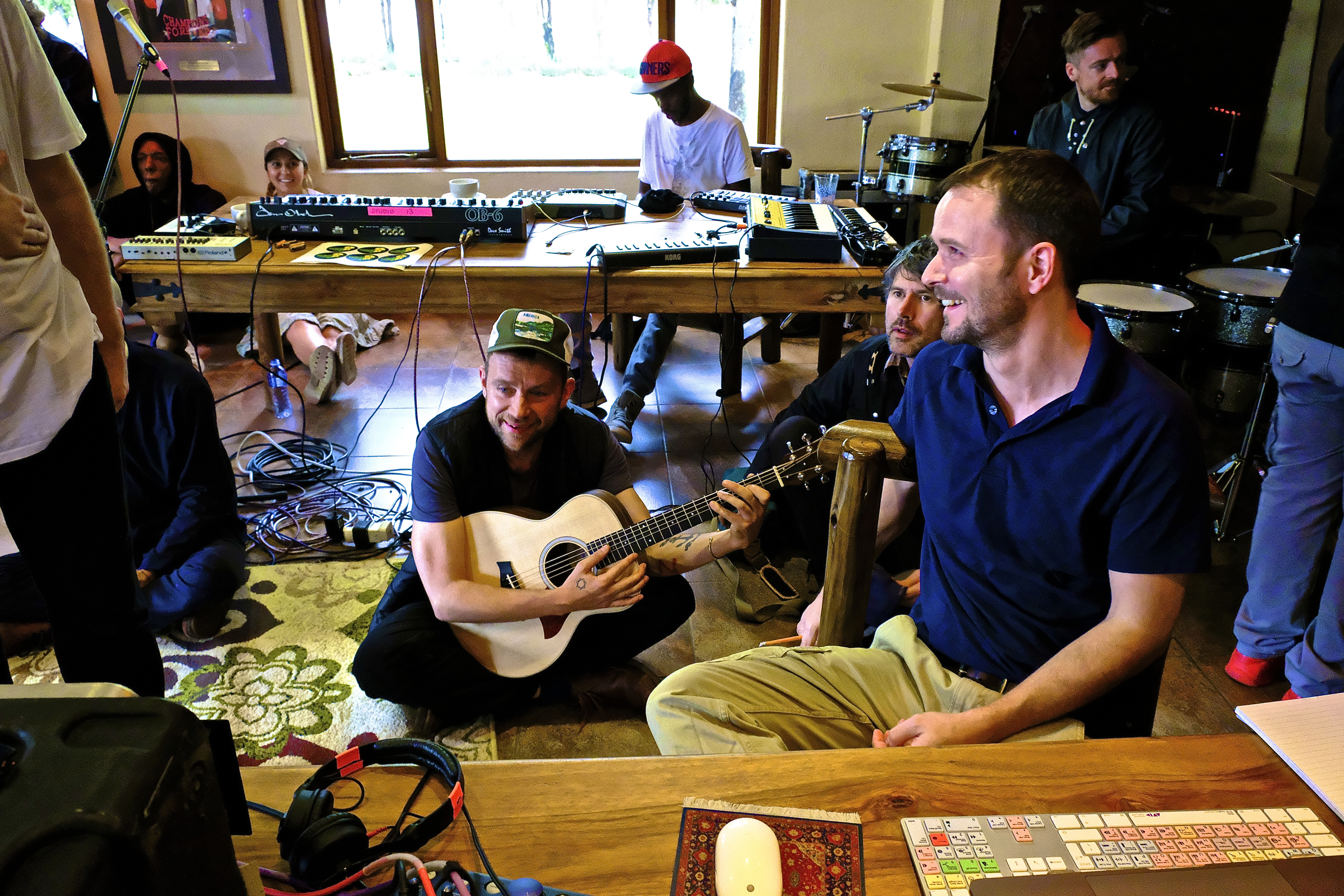 “A lot of us have these slightly silly tattoos because it had gone so well,” he says.

“At the end, we did a gig at a Johannesburg nightclub and this tattooist was there, a friend of one of the artists.”

Among the huge and varied array of local musicians involved was blue-haired Moonchild Sanelly, who makes infectious impressions on several EGOLI songs, including I Can’t Move.

Damon says: “She’s a force of nature with a distinctive voice and she’s very good at improvising.

“She got herself into pretty much every hut over the five days. I get on with her because she has genuine enthusiasm and great instincts for making music collectively.

'I LOVE THE CHALLENGE'

“There’s no shyness there and if you open yourself to music, you will make music. Simple.”

Damon acknowledges his talents: “He’s fantastic, a lynchpin for the whole thing. With these records, what you put in is very apparent at the end of the week.”

Then there were the rich vocal contributions of The Mahotella Queens, a female band formed back in 1964 during the oppressive regime, led by

They sing with Damon on album closer See The World, which he calls “cinematic”.

“I always tend to work with the older artists,” he says. “Just because I have a lot of experience and I love the challenge. 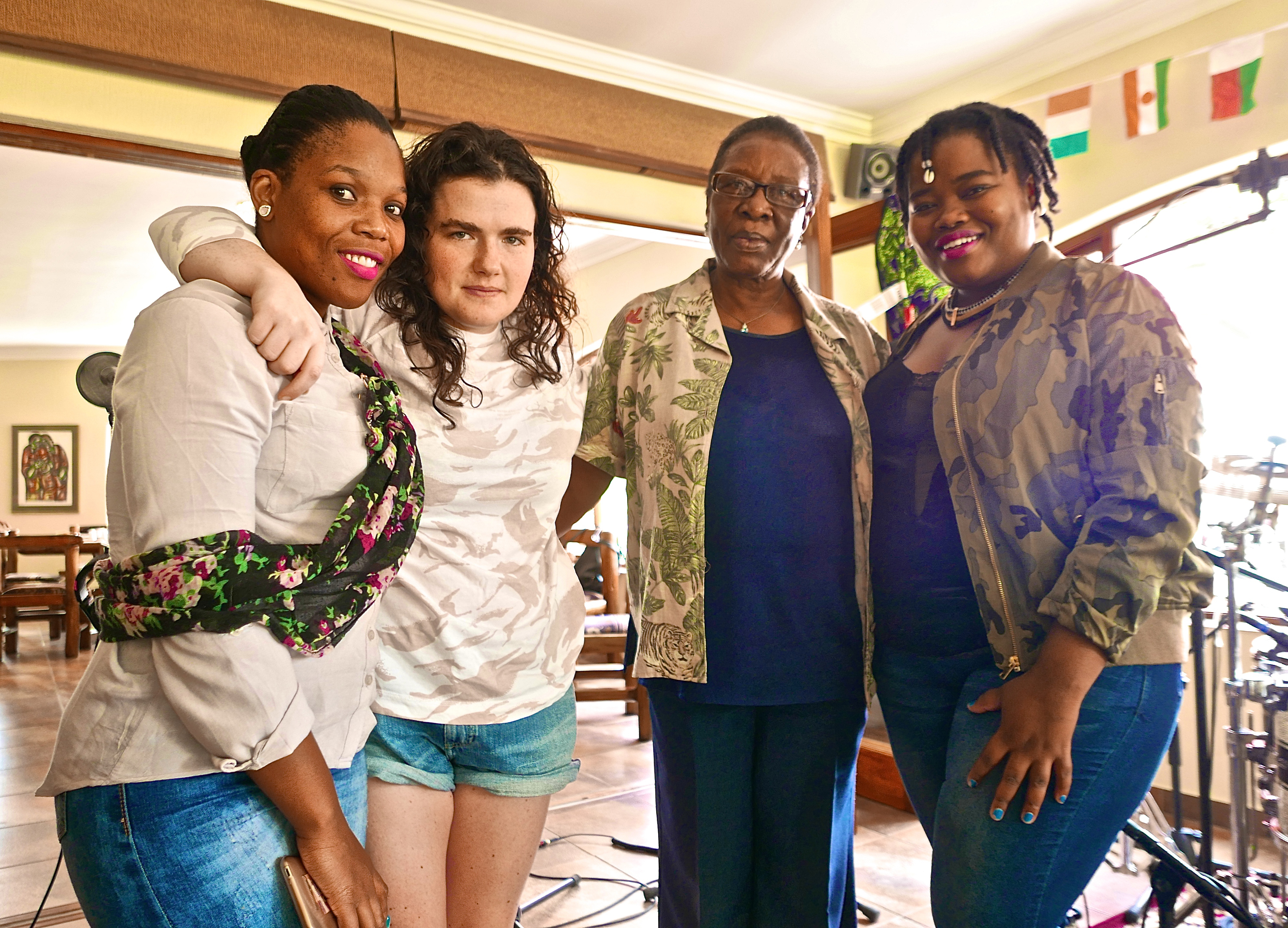 “When she (Hilda) arrived, I was about an hour late getting out of my hut that morning. She was not impressed and gave me a proper telling off. Much chastened, I offered an apology. Thankfully, she accepted it.”

So, what of the Western musicians who made it on to the flight to Johannesburg?

Damon gives a big shout-out to his Gorillaz co-conspirator and cultural polymath Remi Kabaka, the voice of cartoon character Russel Hobbs and much more.

“It’s a shame Remi isn’t here with me really,” he says. “Because he’s a very important part of Africa Express.”

Then there’s the aforementioned Gruff Rhys, another stalwart of the troupe, who is credited with writing the irresistible track Johannesburg.

“What a tune that is!” exclaims Damon. “It’s a classic, one of the best of the summer. I love Gruff . . .  one of my contemporaries I really respect.”

At the younger end of the scale was London singer and multi-instrumentalist Georgia, who gets the EGOLI party started on second song City In Lights.

Damon says: “Georgia’ was an ideal person to come on one of these trips.

“She’s really open, very musical and just wants to make music with people. And if you’re like that, this environment is just f***ing brilliant for you.”

Also on board is Bombay Bicycle Club’s Jack Steadman, under his solo moniker Mr Jukes. “Jack’s a regular now . . . and this is the thing, people come again and again and again.

“I don’t know how many people have been involved in one way or another but it must be many hundreds.”

Such a sprawling outfit doesn’t come without hitches, including when a couple of UK-based musicians publicly complained about lack of royalties for their part in the South Africa sessions. 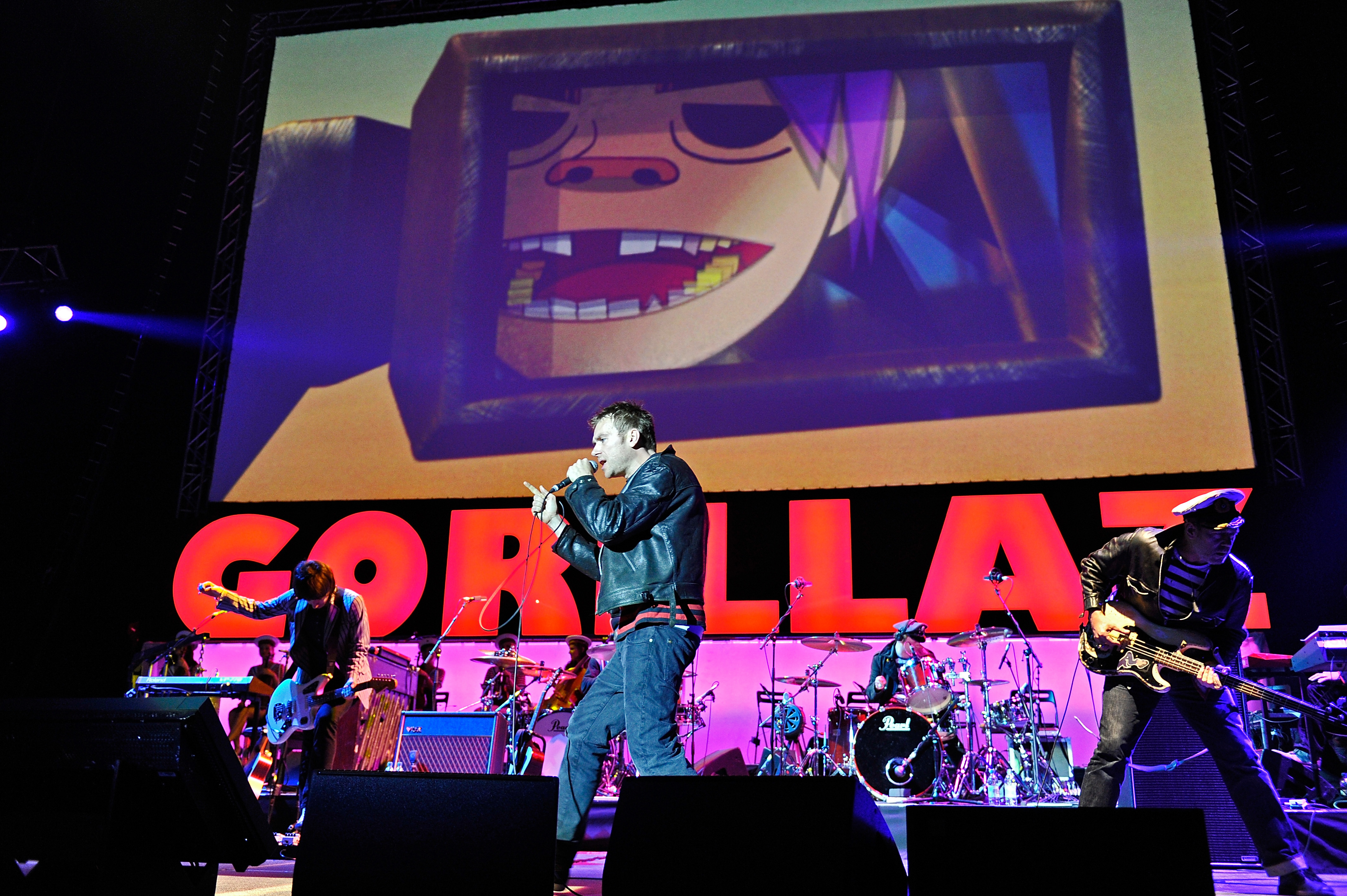 “There have been a few dissenters but that’s inevitable,” says Damon. “It’s good that people question things.

“At the end of the Johannesburg recordings, we all gathered together and I stood up and said, ‘If you’ve got any questions about your contract, can we talk about it now?’

“But two people chose to go on social media the next day and not have the conversation.

“It was a minor issue and we sorted it but one paper tried to print a story about neo-colonialism.

“It’s a shark-infested pool out there and if you throw anything in, the water bubbles up very quickly.”

In reality though, this is a positive story about the enduring relevance of a project with an exuberant new album to show for it. 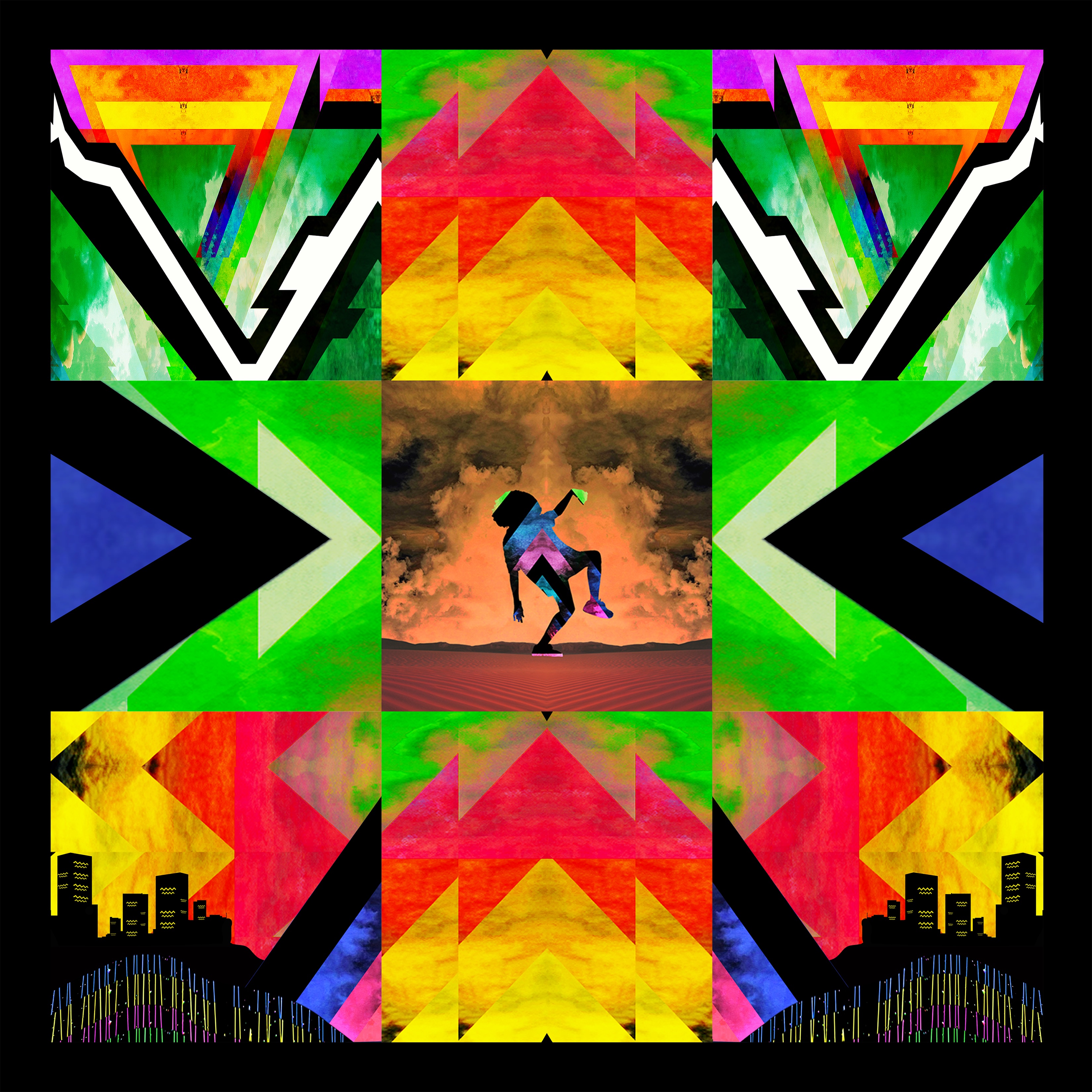 As far as the continent of Africa is concerned, 54 countries and a population of more than 1.2billion, Damon feels as if they have only scratched the surface.

He says: “There’s all the Portuguese- speaking countries.

“The music of Angola is just incredible. Then there’s Senegal and Mauritania and places I’ve never explored like Chad, Niger and Sudan. So much stuff to get into.”

Finally, he conjures up another dream — to take African musicians to America, following in the wake of their ancestors who brought the blues with them.

“It’s got to be handled diplomatically because you can’t just turn up on someone’s doorstep and go, ‘Hey guys’.

“But our dream is to take an old paddle steamer up the Mississippi.”

Thanks to a certain financial institution, sadly it won’t be called American Express..