Debbie Webster (Sue Devaney) is left reeling in the wake of the discovery that Abi Franklin (Sally Carman) was planning on killing Corey Brent (Maximus Evans) in Coronation Street.

The stalwart is informed of Abi’s plot by Jack (Kyran Bowes), who – as fans saw on Friday (October 29) – has the letter Abi wrote to Kevin, detailing her murder plot.

Upcoming scenes will see Abi leaves Jack in Debbie’s care for the afternoon. Jack uses this opportunity to open up to Debbie, revealing that he’s concerned Abi is going to kill Corey.

Debbie, stunned, ends up reading Abi’s letter, and wastes little time in confronting her about it.

The above clip – taken from the second of Monday’s (November 1) two editions of the ITV soap – sees Debbie demand an explanation, wanting to know if Abi was really planning on taking a life. 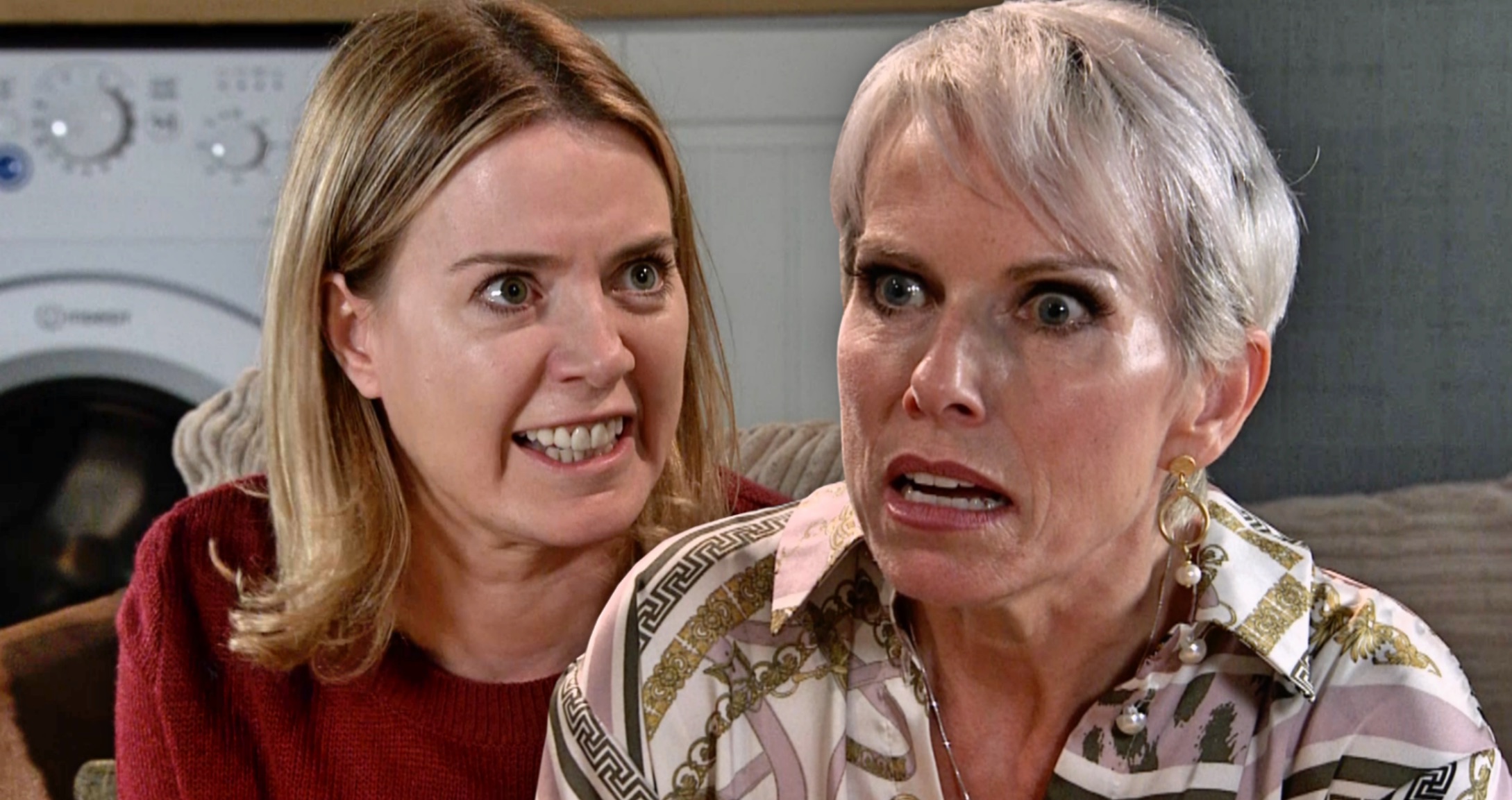 Abi confirms that she was intent on killing Corey, but ultimately couldn’t follow through on it. Debbie, however, is not interested in how she changed her mind, telling her that it’s ‘not normal’ to consider murdering someone.

‘That’s not how a civilised society works!’, she says. ‘An eye for an eye and the whole world goes blind!’

Abi, not pleased with Debbie’s words, adds: ‘When you’ve been traumatised by the murder of your child Debbie, and when you’ve been chewed up and spat out by the law, THEN you can lecture me on what’s normal!’

The pair are interrupted by an upset Jack, who claims he ‘hates’ them both, pleading with them to stop shouting.

Subsequent scenes will see Abi beg Debbie to keep shtum. Debbie, however, gives her an ultimatum: end things with Kevin or she’ll tell all!

Coronation Street airs these scenes on Monday November 1 at 8:30pm on ITV.