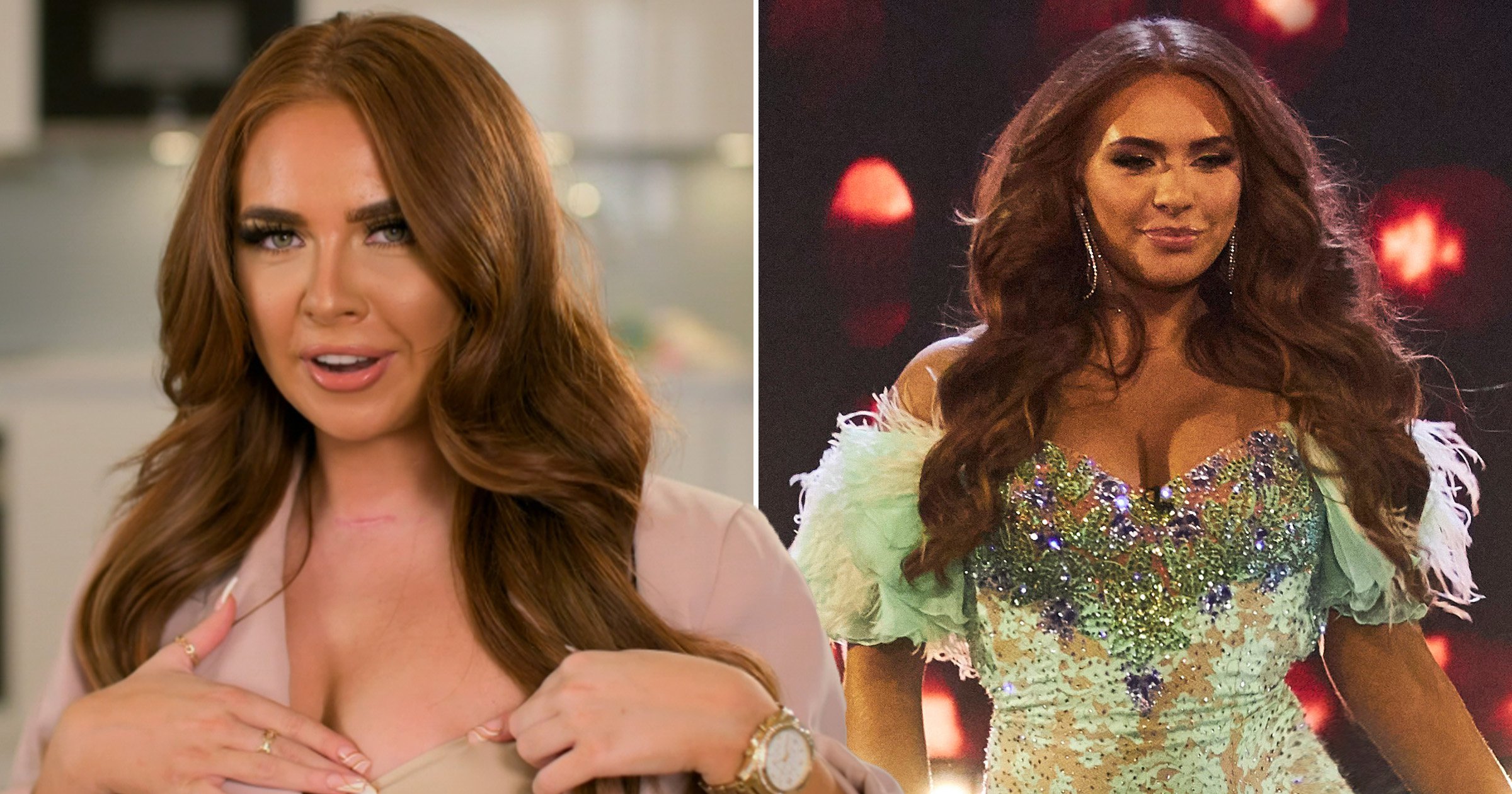 Demi Jones broke down in tears over the prospect of losing her beloved stepfather to cancer after finding out she is cancer free herself.

The former Love Island star, 23, took part in Strictly The Real Full Monty alongside a host of celebrities to raise awareness of the importance of getting checked out for cancer.

She found out the news this week that she is cancer free after being diagnosed with thyroid cancer earlier in the year, after putting off getting a lump in her neck checked for two years.

Demi broke down in tears on the show as she discussed her stepdad Adrian’s terminal cancer and the prospect of living without him one day,

Adrian was 46 when he was diagnosed with stage four melanoma after spotting a lump on his ear, and was given just 12 months to live due to the cancer having spread to his bones and other parts of his body.

It is now 18 months since his diagnosis and Demi admitted she puts a brave face on the constant worry that she could lose him.

She told Christine McGuinness and Teddy Soares: ‘When I found out my stepdad was poorly, that was the worst time.

‘They told him a year and a half ago that he had 12 months to live so we have just been waiting, So as much as I am really bubbly and positive, that is just how I deal with things and that’s just always been my nature anyway, but when I am in private I get upset quite a lot.’

Demi has an extremely close relationship with her stepfather and told him: ‘I could not ask for a better stepdad in my life. You’ve honestly been my absolute rock my whole life and you just mean the absolute world to me.

‘And I don’t tell you enough that I love you with all my heart and I can’t imagine my life without you.

Adrian told her: ‘It’s very difficult for me because I see what I’m going to end up leaving behind.’

He reassured Demi and her mother: ‘You will be ok when I’m not there, you will. You’ll both be ok, you’re both strong people.’

Viewers were moved by the heartbreaking scenes, tweeting: ‘Absolutely crying my eyes out at Strictly The Full Monty. Omg’ and ’crying so much at the strictly full monty.’