Jodie, 37, will return as the thirteenth and first female incarnation of Doctor Who alongside companions Yasmin Khan (played by Mandip Gill), Graham O’Brien (Bradley Walsh) and Ryan Sinclair (Tosin Cole) when the BBC sci-fi series makes a comeback next year.

After the New Year’s Day hour-long special, which saw the Doctor (Jodie Whittaker) take on eerily sinister and metallic-cased beings the Daleks, it was announced the show wouldn’t return until 2020.

With the Judoon lined-up for a battle with the ancient Time Lord in the upcoming series, fans will be pleased to know the throwbacks to the past don’t end there.

It has been reported the Cybermen, a long time enemy of the Gallifreyan being, will come face-to-face with the Doctor in a “dark” plot connected to one of the greatest horror novelists of the past.

Things are about to get darker

The Cybermen have not been seen since Peter Capaldi’s, 61, twelfth incarnation of the iconic Time Lord struggled to fight a deadly attack from the metallic race at the end of the tenth season.

Missy (Michelle Gomez) and her past incarnation The Master (John Simm) joined forces to reconstruct an army of the sinister beings, but the Doctor was able to foil their plot, only to take the full force of a deadly blast from the Cybermen himself.

Although he fought valiantly, the twelfth Doctor finally succumbed to the Cyberman’s blast in the 2017 Christmas special Twice Upon a Time, paving way for Jodie’s incarnation to take on the role.

Like many times before, the Time Lords may have believed they’d seen the last of the part-human, part-machine beings, but recent reports suggest otherwise.

It seems the Cybermen will be the monsters terrorising 19th Century England as they inspire author Mary Shelley to pen the novel Frankenstein.

A source told The Mirror: “This new run is much scarier than Jodie’s first year and will ­definitely put the frighteners on fans.” 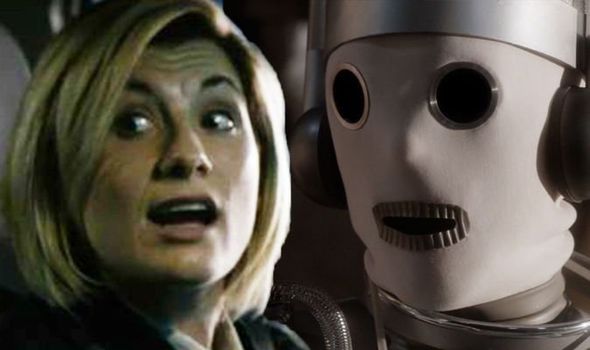 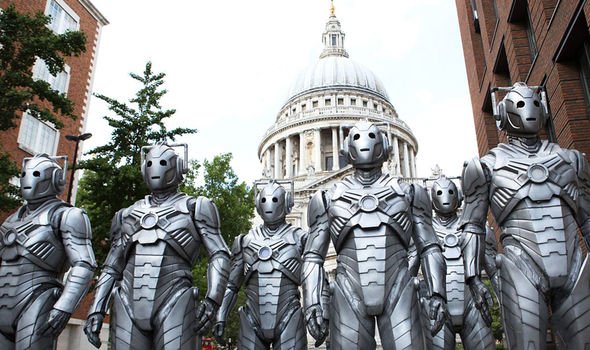 “Things are about to get darker for the Doctor,” the insider continued, but viewers will have to see if the Cybermen once again battle with the Time Lord and if the Doctor will be able to defeat one of her greatest enemies again.

Jodie’s debut season didn’t feature any nods to the past until the Daleks turned up in the New Year special and at the time, series boss Chris Chibnall explained his decision.

Speaking with Radio Times, Chris said: “Knowing that we would have no old monsters in the series was really a build-up for the special, so that when the Dalek appears… it’s hopefully exciting.

“It feels rare, and fresh, and thrilling,” the show runner opined.

Fans are ecstatic to learn the rhino-like Judoon were also making their return in upcoming episodes following a season of no iconic monsters or aliens. 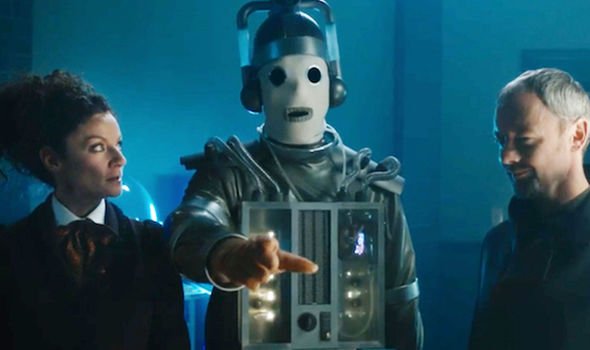 The law enforcers of the galaxy were first seen 12 years ago when David Tennant, 48, portrayed the role of the tenth incarnation of the Time Lord.

Since then, the rhino-like monsters have been seen on a handful of occasions, as well as cropping up on spin-off series, The Sarah Jane Adventures starring the late Elisabeth Sladen.

“The Judoon are storming back into Doctor Who in full force, and the streets of Gloucester aren’t safe,” Chris announced earlier this year in a statement released by the BBC.

“The whole team on Doctor Who are delighted and scared in equal measure to welcome them back; one of the many treats we’ve got in store for viewers next series.”

With the Judoon facing the Doctor and reports the Cybermen will be back, what other nods to the past will Jodie’s incarnation of the life-saving alien experience?

Doctor Who will return next year on BBC One.