This Morning’s viewers couldn’t believe what they were hearing during today’s episode.

After a guest appeared on the show to talk about how scamming needs to have stronger consequences, presenter Eamonn Holmes had a few things to say on the issue himself.

Sat next to his wife and hosting co-star Ruth Langsford, Eamonn brought up the time his face and name was used to front a scam.

The scam aimed to sell erectile dysfunction pills and pictures of Eamonn and fake quotes by him were used to flog the product.

Recalling the period of time, Eamonn revealed how news sites began running the article after thinking it was real.

He said: “It appeared everywhere. Everyone was asking me about it.”

ITV producers flashed up a print screen of one of the news articles, which featured the headline, “Over two decades of a happy marriage thanks to Eamon Holmes erectile dysfunction pills”.

Eamon joked: “What gets me is why choose me? Why should I be the face of erectile dysfunction? Who looks at me and think, ‘oh he needs a pill'” 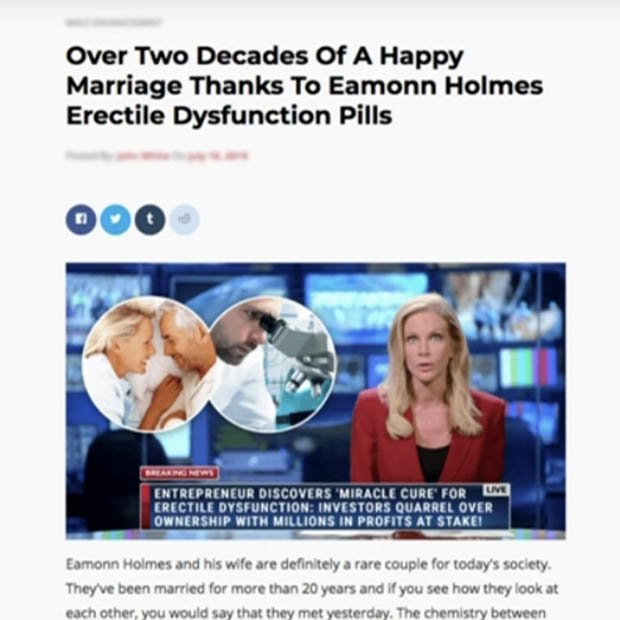 “Pills, that’s what keeps up together”

While mid laughing fit, Ruth exclaimed: “No we shouldn’t be laughing, this is serious stuff.”

Eamonn carried on joking: “Look at the woman in the picture and how happy she is, another satisfied customer.

“A lot of you look and say ‘Why does Ruth come to work with a smile on her face?, well…

“Pills, that’s what keeps us together.” 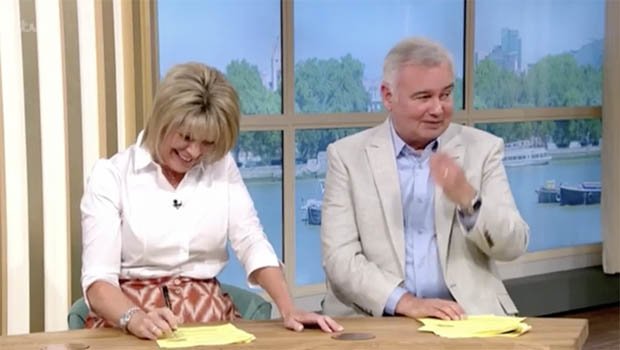 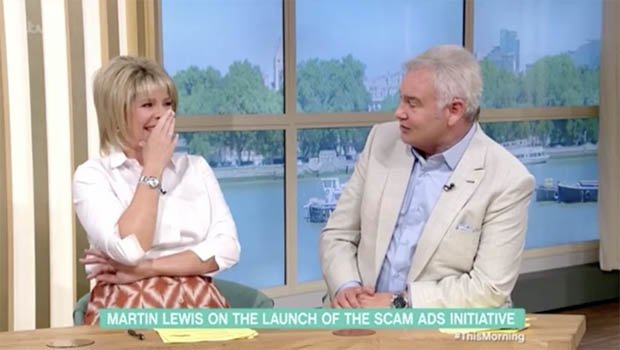 Viewers rushed to Twitter in hysterics, one wrote: “Eamonn and Ruth are hilarious this morning! Think you’ve been taking happy pills don’t know about erectile dysfunction.”

Another tweeted Eamonn directly: “Will the perpetrator of the Eamonn Holmes erectile dysfunction pills suffer stiff punishment when you find them?”