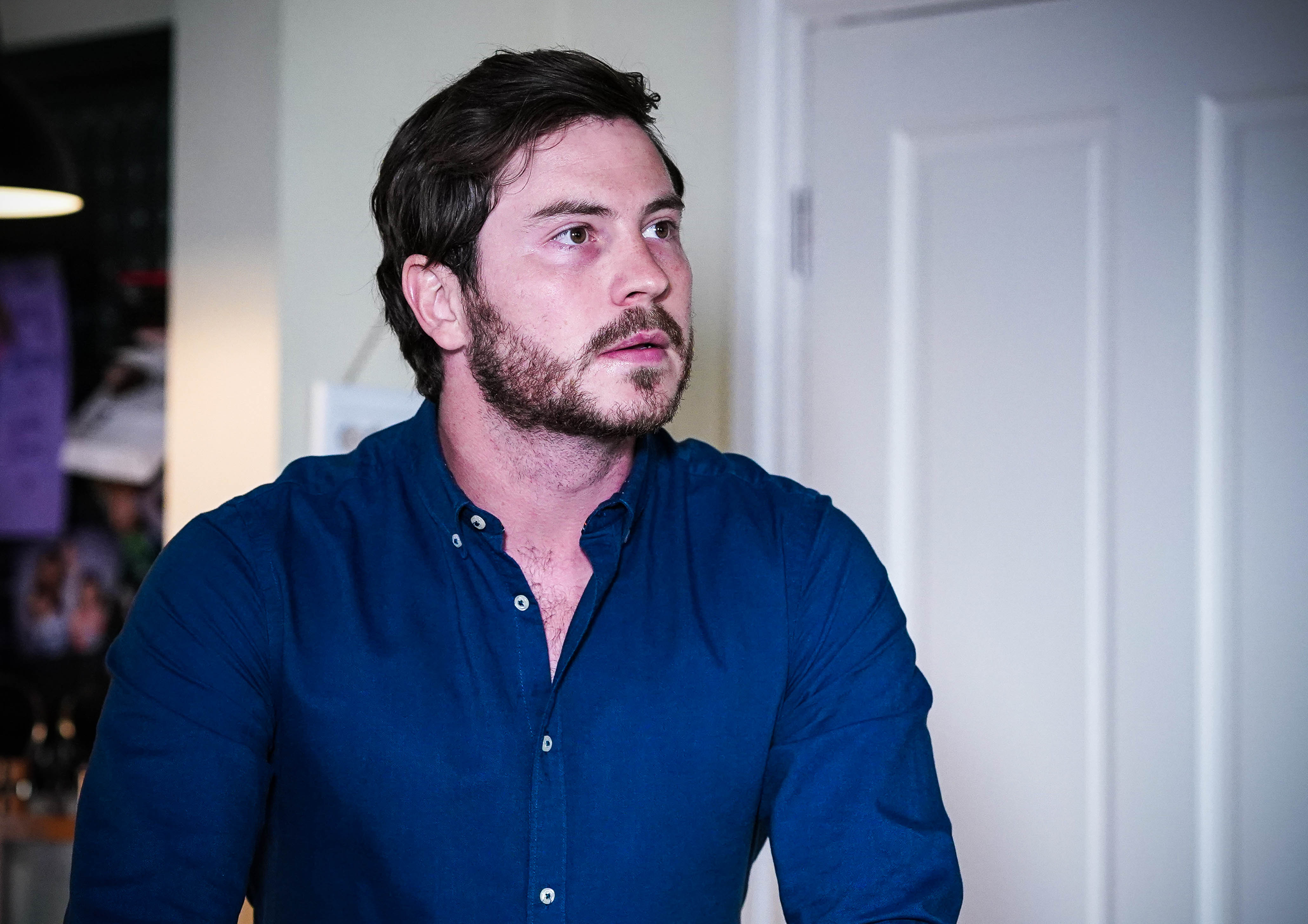 Gray Atkins (Toby-Alexander Smith) is finally set to get his comeuppance, EastEnders fans will be pleased to hear.

The twisted serial killer has claimed the lives of three Walford favourites, including his own wife Chantelle (Jessica Plummer), who met her demise last year as part of a harrowing domestic abuse storyline.

In the months which followed, Gray played the role of the grieving widower, before controversially murdering Tina Carter (Luisa Bradshaw-White).

The death of Kush Kazemi (Davood Ghadami), who met his maker after a showdown on with the killer on a Tube station platform, was a particularly contentious point for fans of the long-running drama.

‘Gray’s story was always intended to be a longer arc after the death of Chantelle,’ EastEnders’ senior exec producer Kate Oates told Metro.co.uk. ‘But even though some of his actions have been extreme, they have always been grounded in the roots of Gray’s character.

‘He’s a classic narcissist: everything he does is designed to fit a narrative that absolves him from guilt, and paints him out to be a good guy.

‘I think in Gray, we have a character who tells himself that Chantelle died in a terrible accident; that Tina had to die so he could be there for his kids; and Kush had to go, because he and Whitney are ‘meant to be’. He’s the centre of his own universe, and nothing is his fault.’

Gray has terrorised both the residents of Walford and the viewers for two years, but the sadistic murderer is at last set to get what’s coming to him, after life throws him a curveball that he’s simply not prepared for.

‘We’re building to the kind of culmination of the Gray storyline,’ said boss Jon Sen, teasing what’s ahead. ‘And that takes it’s next chapter.

‘It has been a very long story arc and it’s taken many twists and turns, but we are kind of going back to the grass roots of the story – really pivoting it back to its origins. It’s going to be a fascinating turn of events for the Atkins family.’

Kate added: ‘Life is going to throw Gray a curveball; something out of his control, that will bring the story back to its grass roots as he tries to start again in new relationship.

‘But Gray hasn’t been as clever as he thinks. Smoking guns are all over the Square, just waiting to be found. Gray’s downfall awaits.’

EastEnders airs Mondays, Tuesdays, Thursdays and Fridays on BBC One.