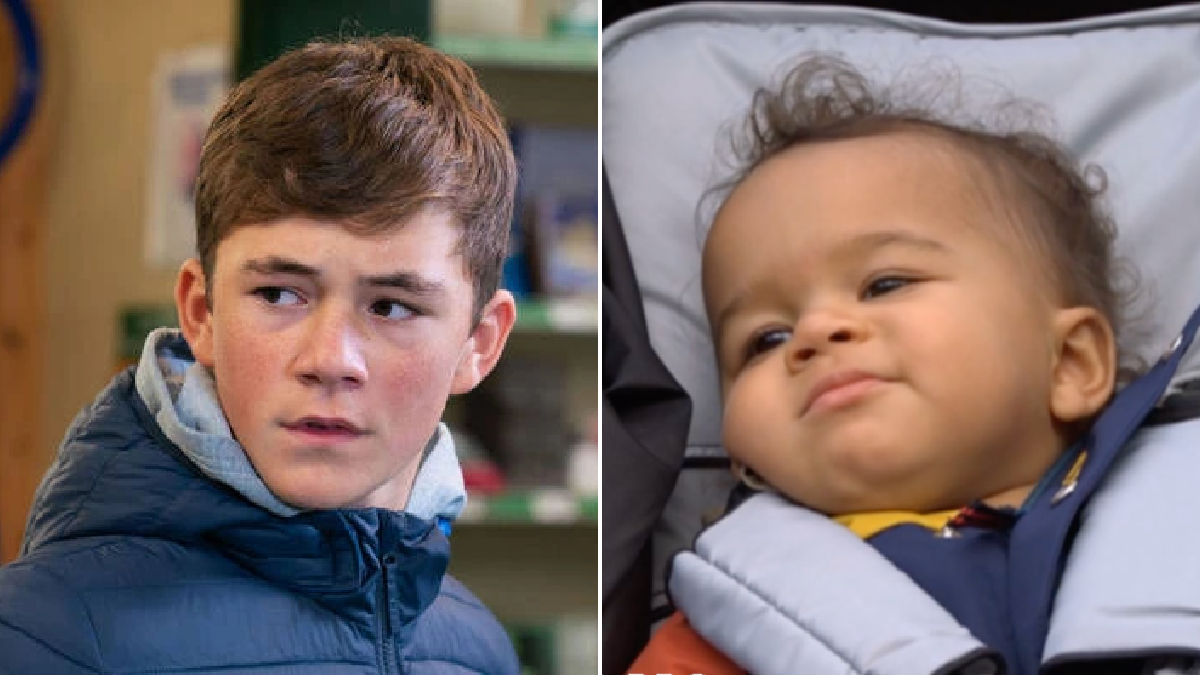 EastEnders has left viewers stunned with the resolution of the mystery baby daddy storyline, revealing that Dennis Rickman (Bleu Landau) is Alyssa’s father.

Alyssa was left on Sharon Watts’ (Letitia Dean) doorstep several weeks ago, with a note attached from her mum, suggesting that one of the occupants of the flat was the child’s dad.

Sharon pointed the finger at Zack Hudson (James Farrar), claiming that his relationship history is the reason why he must be the father.

Martin Fowler (James Bye), however, started to question if he was the baby’s dad, recalling a one-night-stand two years earlier.

With both men certain that they must be Alyssa’s father, they shared parental responsibility while waiting on their paternity test results.

The moment of truth arrived in Monday’s (November 8) offering of the BBC One soap, as both Zack and Martin ripped open their envelopes, and had a butchers at their respective results.

But in a shock twist, neither of them are Alyssa’s dad!

Martin and Zack were confused, and wasted little time rhyming off names of Walford’s finest men, attempting to work out which of them could be the father.

Sharon, meanwhile, was shocked to find Alyssa’s toy giraffe – which had gone missing earlier in the episode – on her doorstep.

Zack took a look around too see who could’ve returned the item, and he lingered on a girl, Jada, who was standing nearby. Upon being spotted, Jada ran off, but Zack gave chase, cornering her in the playground.

Sharon caught up with the pair, and pleaded with Jada to come clean, reiterating how unfair it is that she led Martin and Zack to believe they had a child.

‘I never got a chance to tell the dad’, said Jada, piquing Sharon’s interest.

ans will of course remember that Dennis was killed off during EastEnders’ 35th anniversary, when a party boat crashed on the Thames.

EastEnders continues Tuesday November 9 at 7:30pm on BBC One.