EastEnders: Lucas and Chelsea speak to Denise outside church

Chelsea (played by Zaarah Abrahams) upset the apple cart as soon as she reappeared on EastEnders when it emerged she had been in contact with her killer father, Lucas (Don Gilbert). Denise Fox (Diane Parish) has been terrified for her daughter’s well-being, knowing she is under her ex-husband’s manipulative spell. Seeing his family torn apart, Patrick Trueman (Rudolph Walker) set about getting Phil Mitchell (Steve McFadden) to deal with the mass murderer during Tuesday’s edition of the BBC soap. Although it seemed it was the gangster who could have attacked the former preacher at the end of the latest instalment, fans are predicting Chelsea could be the culprit behind the beating.

When the father and daughter were enjoying a meal together, Lucas was dubious as to how Chelsea had so much money.

“I really appreciate everything you’ve done for me,” he said, before telling her he wouldn’t be angry if she had questions about his past.

Seemingly uncomfortable with the angle of the conversation, the young woman told the former preacher she was going to “powder her nose.”

Realising she might have been alluding to taking drugs, Chelsea said: “Not, like, literally,” but the serial killer didn’t seem too sure she was telling the truth.

“That’s the second time you’ve been since we sat down,” he said, adding: “It wouldn’t be the first time…something to get you through.” 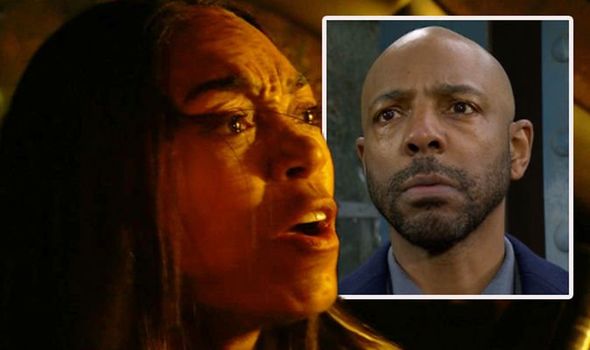 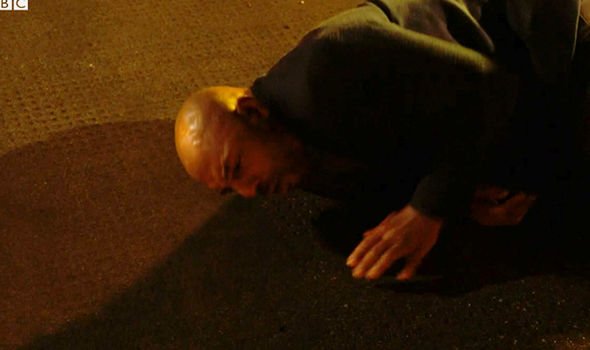 “Are you calling me a junkie?” Chelsea asked her father, before getting up to go to the toilet with Phil slipping into her seat.

Face-to-face with the serial killer, the gangster warned Lucas there would be serious repercussions if he were to go anywhere near Denise.

Following his little conversation with the ex-prisoner, Phil turned up at Patrick’s to tell him the mass murderer wasn’t going to be coming back to Walford.

This allowed viewers to believe the sop stalwart had arranged for someone to take care of the villain so he couldn’t cause any more damage. 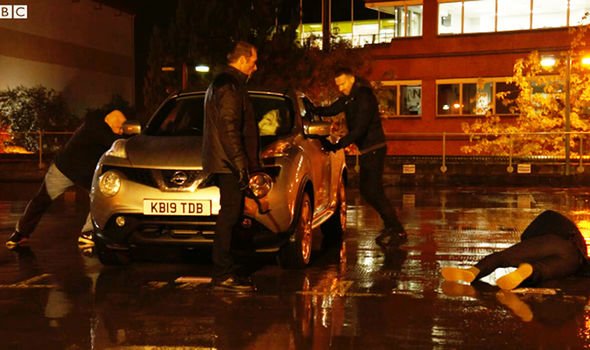 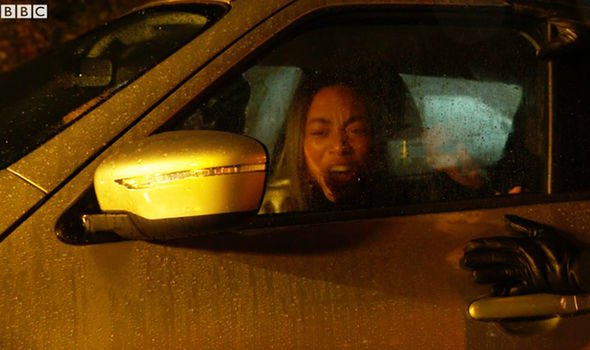 However, it was the final scene which led viewers to believe Chelsea could have been the reason her father was attacked by a group of thugs.

After walking back to the car after their meal, Denise’s daughter got into the driver’s seat before her door was shut by an unknown man.

Looking out of the window of the vehicle, she could see her father lying on the ground after being hit over the head by another thug.

As Chelsea yelled and screamed for the men to stop hurting the serial killer, one of them told her she was going to stay in the car and watch.

“This has got nothing to do with her,” Lucas said, but the leader of the group told his men to carry on with the attack.

Taking to Twitter, one fan wrote: “Was that Phil that did that or is Chelsea in trouble with some dealers? So many questions? @bbceastenders #EastEnders.”

Another posted: “I’m predicting Chelsea is a big-time drug dealer, that’s where she’s got the money from. She’s p****d off someone and they’ve come after her dad and made her watch.

“Also how dumb is she to just sit there and not start the car and run over the attackers. #eastenders,” they continued.

“Chelsea is going to be a right nasty piece of work, isn’t she? @bbceastenders #EastEnders,” a third viewer remarked.

Therefore, could it be Chelsea has got herself embroiled with some drug dealers who are seeking revenge on her?

It could be she has decided to reconcile with her father in order to protect herself from the people who are out to get her.

With Lucas out of action after the horrific attack, will Denise’s daughter now be a sitting target for those who want her dead?

EastEnders continues Thursday at 7:30pm on BBC One.