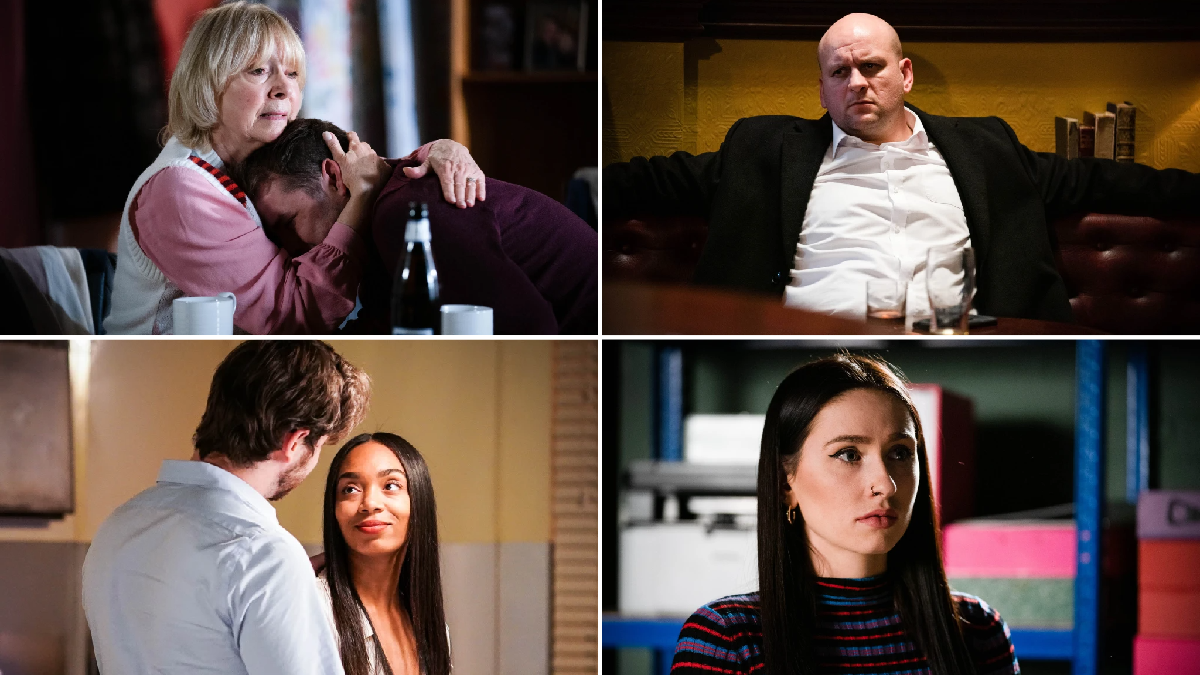 There is huge drama coming in EastEnders as Chelsea Fox (Zaraah Abrahams) continues to play a dangerous game with serial killer Gray Atkins (Toby-Alexander Smith). A wrroeid Whitney Dean (Shona McGarty is petrified for her; can she save her?

Neil returns and throws Aaron against a wall, accusing him of being a grass. Harvey orders him to leave, but before he goes, Neil threatens to hurt Dana.

Aaron makes a plan to approach the rest of the group and convince them that Neil has lost his mind. He later reports back that he was successful with his plan, but now needs to take Neil’s place by running the operation in Manchester.

Whitney encourages Chelsea to keep playing the long game with Gray. Chelsea tries to put on a show of happy families by making dinner for Gray.

Vinny informs Dotty that Suki will evict her from the bedsit unless she starts paying rent. Dotty asks Nancy for a job, but gets rejected. Zack finds Dotty with a sleeping bag at the club and encourages her to seek help from Sonia.

Harvey is nervous about Aaron taking the job, but Aaron insists that it’s the only way to keep his family safe.

Later, Bobby accidentally spills a drink on Aaron at the club and spots something that worries him. He shares his fears with Dana. Although Dana confronts her brother, Aaron accuses Bobby of manipulating her and suggests that she should join him in Manchester.

Dotty suggests to Vinny that they could give things a try romantically if he finds her a place to live. He offers to pay for the bedsit and then asks her out for dinner.

Callum asks Phil to give Ben a break, but Ben isn’t impressed over his gesture.

Harvey gives Aaron some money and urges him not to leave, but Aaron stands firm and speaks his mind. Harvey is distraught by the row.

Later, Bobby arrives and it’s not long before the police burst in too.

Keegan gives Dotty some home truths over her behaviour. When Vinny then asks Dotty out on another date, she turns him down. Vinny accuses Dotty of stringing him along, so she tells him what Keegan said.

Rainie follows Mick after discovering that he has broken up with Linda. Mick then collapses with another panic attack.

Pam visits Ben after hearing about the attack. Ben breaks down as Pam comforts him.

Rainie helps Mick to recover from his panic attack, then opens up to him about the pain of losing Abi. Stuart spots the pair together and becomes suspicious.

Kathy, Phil and Callum stage an intervention for Ben. He tells them that he’s tired of fighting and he’s scared for his safety.

Phil tells Isaac that he doesn’t want anything to do with grasses or their families. Lola is furious with Phil for the way he spoke to Isaac.