Honey Mitchell (played by Emma Barton) has finally come clean to Billy Mitchell (Perry Fenwick) about her romance with Jay Brown (Jamie Borthwick) in EastEnders. The news will cause Billy to resort to drastic measures to compete with his adoptive son as he finds himself turning to crime. However, will Honey refuse her ex-husband access to Janet and Will when she discovers what he’s mixed up in?

In upcoming scenes, Billy is still upset with Honey and Jay’s news but tries to put it behind him and focus on finding a job.

Billy’s recent comments about Jay do not go down too well with his dodgy dealer cousin who sticks up for the undertaker.

Later, the dad-of-three’s frustration leads him to tell Janet and Will about Honey’s new boyfriend. 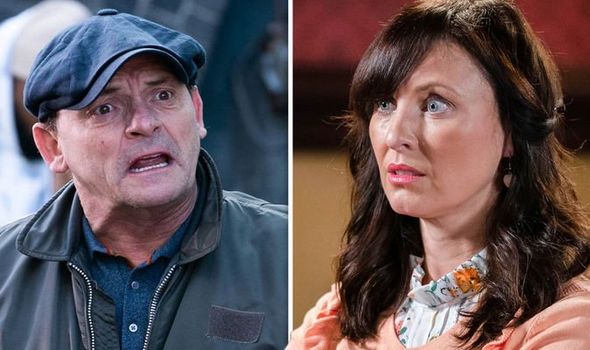 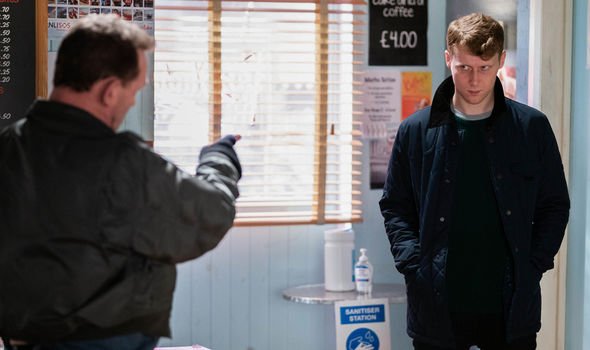 Rather than be annoyed by her ex-husband’s actions, Honey agrees their children should know the truth and suggests they all talk in the evening.

Billy shows up late and his behaviour pushes Honey to throw him out of the flat.

The Mitchell cousin’s woes get worse when he sees Jay has the money to buy Janet and Will new trainers.

Lola Pearce (Danielle Harold) assures her grandad that his children won’t move away from him because of Jay. 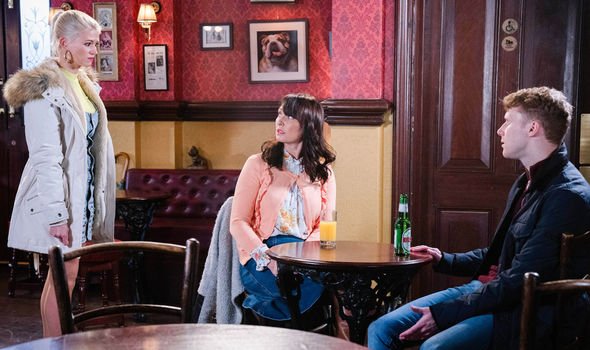 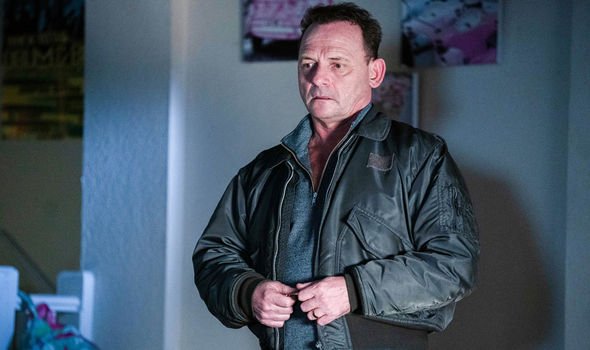 He tells his granddaughter he’s determined to get a new job and later earns a trial shift at the call centre.

However, the shift doesn’t end well for Billy and he’s left back at square one with no job.

Vinny Panesar (Shiv Jalota) is shocked when the Mitchell father asks if he can set him up as a drug dealer.

He agrees to help and gives him a drugs package to sell but will the rogue trader find himself out of his depth?

The Walford resident tells Vinny he’s got the situation under control and the Panesar brother leaves him to sell the contents of the package.

EastEnders fans will remember Billy arrived in Walford as a lackey for Phil and Grant Mitchell (Ross Kemp).

He later found an ally in Steve Owen (Martin Kemp) and carried out various criminal activities for him including drug-dealing.

However, on the whole, Billy turned his back on crime when Honey fell pregnant with Janet.

If Honey realises the father of her children is mixing with drug dealers, she may decide it’s best if Janet and Will stay away from Billy.

The mum-of-two will be hurt enough by the unemployed father’s words to throw him out and may believe taking away access to his children is the only way to make him realise crime isn’t the answer to his problems.

Will Honey and Jay convince Billy to stop drug-dealing or will the Mitchell father find himself in hot water with the police?

EastEnders continues tonight on BBC One at 8.35pm.