EastEnders: Isaac speaks to Lola about his Schizophrenia

Lucas Johnson (played by Don Gilet) is determined to keep Chelsea Fox (Zaraah Abrahams) from making the same mistakes as him and being dragged into a life of crime. Denise Fox (Diane Parish) urged her ex-husband to follow his daughter’s orders in EastEnders but the murderer fears Chelsea is not the victim she claims to be. Could she be plotting to kill Lucas as revenge for the torment he put her through all those years ago?

At first, Lucas agreed to help his daughter when she explained how scared she was about what Caleb might do if she refused to carry out his plan.

However, in recent weeks, the murderer has begun to suspect his daughter isn’t as innocent as she claims.

Denise was terrified when Caleb kidnapped her to supposedly prove to Chelsea that she was in danger if she didn’t follow his orders.

However, Lucas only has Chelsea’s word that she wasn’t involved in the kidnapping and could have orchestrated the whole thing to keep her parents on side. 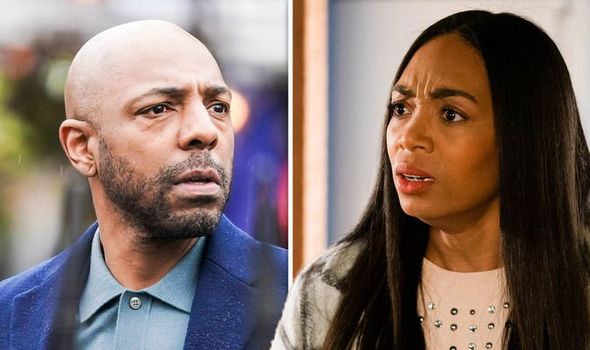 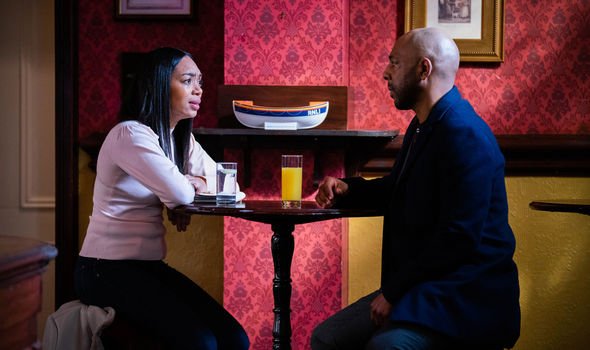 In tonight’s instalment, Lucas voiced his concerns about Chelsea in the Queen Vic after a disastrous date with Karen Taylor (Lorraine Stanley).

Confronting her ex-husband, Denise said: “I can’t believe you lied to a woman about who you are.”

“All I wanted was one thing that was normal,” Lucas replied. “One simple conversation with someone who doesn’t look at me like some sort of abomination.” 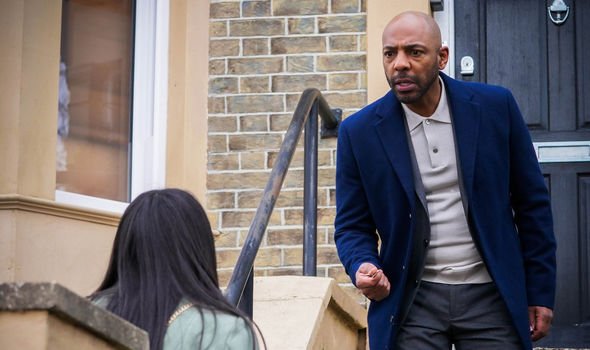 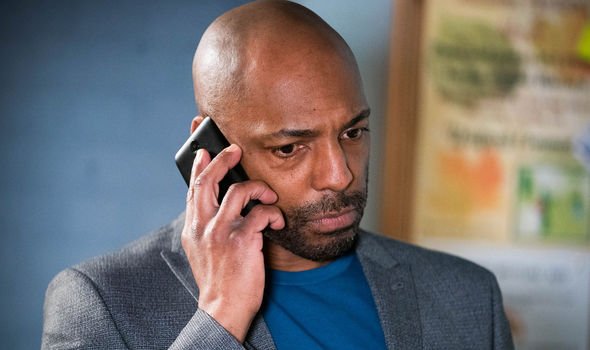 “How do you expect them to see you?” Chelsea asked and he hit back: “You do not get to judge me.”

“No, you do not get to take it out on her,” Denise warned and Lucas continued: “Just trying to survive? Just trying to keep your head above water?”

“This is what he does,” Denise remarked. “There’s always someone else to blame.”

“In your fancy clothes and drinking your expensive champagne, that is not surviving Chelsea, that is thriving,” the reformed prisoner vented.

“You don’t care who you hurt as long as you get what you want and you dare to judge me, your father.”

Lucas stormed out of the Queen Vic and was closely followed by Denise who demanded he carries out the drug-smuggling plot.

The concerned father pointed out Chelsea may not be as scared as she seems but his ex-wife refused to listen.

Lucas ended the episode by calling Caleb and introduced himself as Jordan, the name of his deceased son.

Could the murderer be looking to prove Chelsea’s complicity with the gangster’s drug plot?

She was furious with her dad for attempting to lecture her and has been determined to keep the smuggling plan on track despite detective Jack Branning (Scott Maslen) offering to protect her.

Unbeknownst to Lucas, his daughter and the gangster could be working together and he may tell her he’s been contacted by “Jordan”.

To save herself the grief of further lectures from her dad in the future, will Chelsea ask Caleb to ensure Lucas never returns from the drug smuggling trip?

EastEnders continues on BBC One tomorrow at 8.35pm.