Moira (played by Natalie J Robb) isn’t happy in her marriage to Emmerdale bad boy Cain (Jeff Hordley), especially since he has been questioning why she has been working so closely with Nate (Jurell Carter), who she gave a job to when he arrived on the ITV soap earlier this year.

Although there have been sparks of sexual chemistry between the farm owner and farmhand, the pair have not yet acted on their attraction as Nate has just found himself in a relationship with Amy Wyatt (Natalie Ann Jamieson).

Nate is currently working with Amy to try and get custody of her son Kyle Winchester (Huey Quinn), with whom she parented with Cain several years ago and but it seems he won’t be able to keep his lust for Moira under control any more.

Some viewers think it could be part of an evil plan by Nate to rip the Dales stronghold apart, but whatever his reasons, Cain could be about to catch the pair in the act before they’ve had a chance to get their dalliance under way.

The drama begins next week when Nate gives Amy a boost after witnessing a cold exchange between the husband and wife duo yet again, with the young mother believing she could have a chance at getting her son.

Determined for his girlfriend to get what she wants, Nate begins scheming against Cain and prepares to do what ever is needed to get revenge on the village bad boy.

After informing Amy about the frosty atmosphere on the farm, the next day, Nate gleams in the fact the pair at still at loggerheads whilst Amy is tentative about telling the father of her son she is filing for custody.

When Moira realises she is going to be working with Nate for the afternoon, she becomes weary about being in such close proximity to the village heartthrob which the young farmhand laps up to his advantage.

Struggling with her conflicted feelings, Moria tells her employee there is nothing between them, trying to give Nate the brush off.

With the chemistry at fever point over at the farm Cain, who is at the Woolpack pub, wants to get back to the farm and get his relationship with his wife back on track. 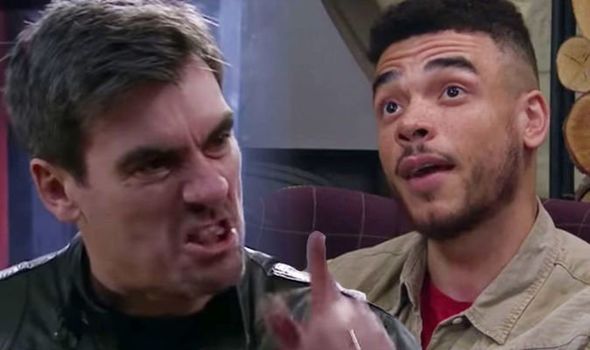 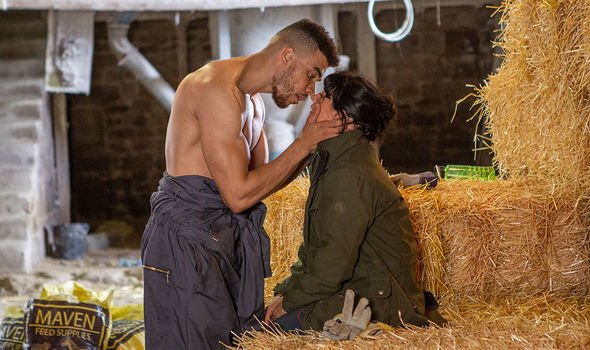 What he doesn’t realise is Moira’s been swayed by the villager heartthrob and has given into temptation by planting a kiss on Nate.

As the pair begin to get in the mood, Cain is fast on the approach to the farm where his wife is in the midst of committing the ultimate betrayal.

Could Cain be crushed when he walks in and catches his wife enjoying making the most of the time alone with Nate?

If he does expose the affair before it’s even begun, will Cain take revenge on his wife as his jealously takes over, claiming his first victim?

Elsewhere in the village, there could be another affair on the cards, ripping another Dingle marriage apart.

Not clear what his intentions are

Jessie Dingle (Sandra Marvin) and husband Marlon Dingle (Mark Charnock) have been married since Christmas Day, but have already had their fair share of tests and challenges.

Another one could soon be on its way as the ITV soap have cast actor Michael Wildman in the role of Ellis Chapman’s (Asan N’Jie) father, Al Chapman.

Speaking about his role, Michael told The Mirror: “Al’s come into Emmerdale ruffling a few feathers. He has been abroad on business. It’s not clear what his intentions are.

“Al is trying to build the bridge with his son Ellis but thinks he can just come back into his life and pick up where he left off.”

“He doesn’t have to do much to make Jessie’s husband Marlon feel insecure,” he added, so could this hint at a storm heading for Marlon’s fourth marriage?