The troubled Emmerdale youngster has been struggling to come to terms with the part she played in the death of violent Paul Ashdale (played by Reece Dinsdale) a couple of months back. When her boyfriend Vinny Dingle (Bradley Johnson) found out Liv didn’t help his dad as he lay dying, the couple broke up. Liv has been on a self-destructive path on the ITV soap ever since, but could this latest blow see her flee the village?

Liv watched on as Paul died back in April, on the day of his wedding to Mandy (Lisa Riley).

He had been abusing his son Vinny, and was turning on Liv as he got into a disastrous accident, following an explosion at the wedding barn.

Liv, who has struggled with alcohol addiction in the past, has been finding solace in the bottle again ever since.

But now that her and Vinny are over, things are getting worse and worse for the teenager. 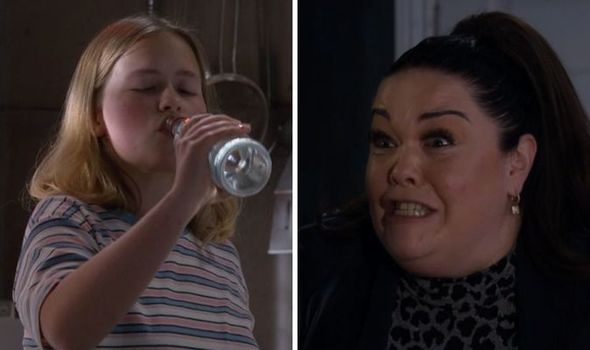 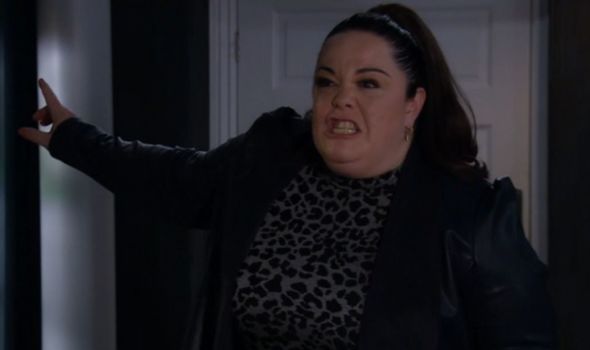 Tonight’s instalment saw a furious Mandy barge into the house and yell at Liv.

In a recent argument between Liv and Vinny, she hit him in a very out-of-character move.

Obviously Mandy was enraged to find this out. During their confrontation, she told Liv: “He’s damaged. And if he’d hit you, he’d be cast out – gone, end of.

“My boy was tortured by his dad, and you’ve made everything a million times worse.” 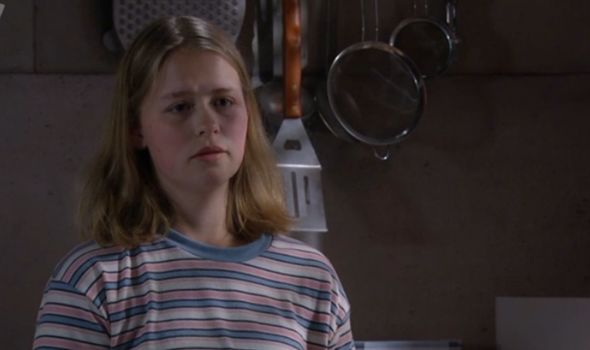 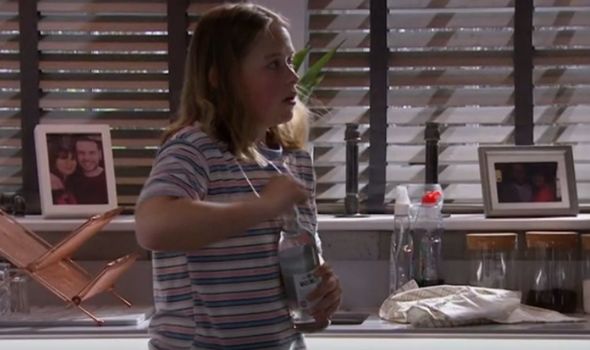 She continued: “Now, he thinks that all he’s good for is being a punch bag.

“And deep down in his soul, he thinks he deserves it, otherwise why would it keep happening?”

Liv argued: “You told me to go and I did, and I’ve apologised. I’ll leave him alone, I don’t know what else I can do.”

Many snapped back: “He’s not the only one I want you to stay away from. You keep away from Vinny, and me, and I don’t want you anywhere near my family.”

“They’re my family too,” Liv pleaded, but Mandy replied: “No, not really. Not anymore.

“You’re Livesy, a Flaherty, I don’t care what you call yourself but your are not a Dingle.

“You gave up any right to that name after what you did. Seems like you’re Gordon’s daughter, through and through.”

Before storming out, Mandy concluded: “There’s no point crying, you’ve made your choices – some people are just beyond help.”

Later in the episode, Liv began to swig from a bottle of vodka.

But she soon told Liv to return home. Feeling like she has nobody to turn to at the Dales, and unable to stop drinking, Liv could flee again – but this time, where could she go?

It’s possible she may put herself in danger, running off with no plan to try to escape everything that has gone on.

It’s likely the teenager will feel so consumed by guilt she may no longer care where she ends up.

And with Mandy’s warning about staying away made clear, it’s likely Liv will pack a bag and do a runner soon.

With her self-destructive ways continuing, will somebody notice she needs help and reach out before she takes any drastic action?

At the moment, Liv is staying with her brother Aaron Livesey (Danny Miller), but he’s been a bit distracted by other things – will he be able to stop her if she decides to run away?

Emmerdale continues on Monday at 8pm on ITV.