Mandy Dingle (played by Lisa Riley) will be horrified in Emmerdale when she receives a call informing her Paul Ashdale (Reece Dinsdale) has been kidnapped and won’t be released until a £4,000 ransom has been paid. However, when the dust settles, will Mandy be forced to leave the village when Vinny Dingle (Bradley Johnson) turns his back on his mum in favour of supporting Paul.

In upcoming scenes, Mandy receives a call from Paul when she’s with Lydia Dingle (Karen Blick) but is wary of answering.

Speaking to Express.co.uk, Lisa said: “Mandy’s like, ‘No, I’m not going to pick up, I want a day free of him because he’s just bringing more and more suffocation and negativity.’

“Also, at this point, Vinny is veering again very much towards his father, and you know what a control freak she is where Vinny is concerned. It goes to voicemail, which we hear and of course, Paul’s in dire straits.”

Mandy meets with Paul but is too late and arrives to watch two assailants kidnap him. 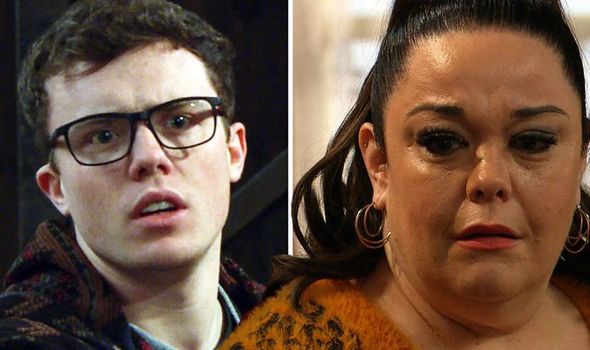 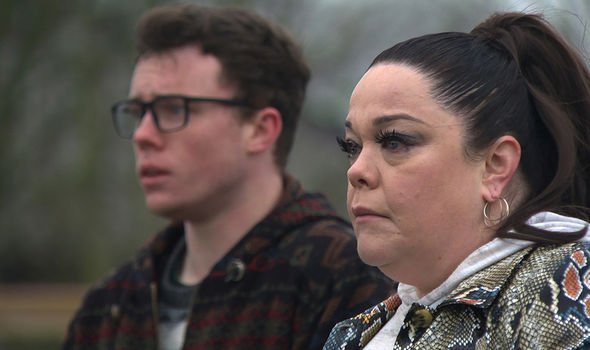 Lisa explained: “They send a photograph of him bound and gagged and we have to get the money together.

“The hardest point is, when the photograph is seen, she’s so frightened but Vinny turns around and [tells her off].

“‘I’ve forgiven this man over and over again’ what about Mandy? And she can’t understand why Vinny is telling her off like a really stern school teacher.” 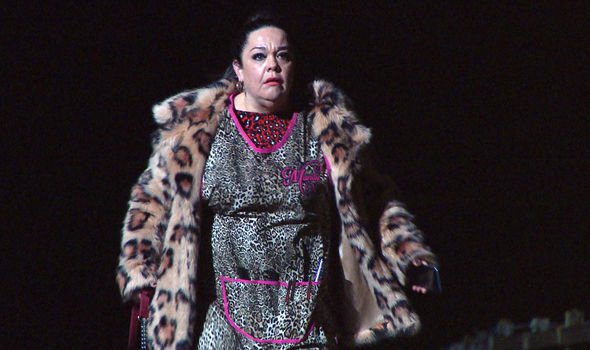 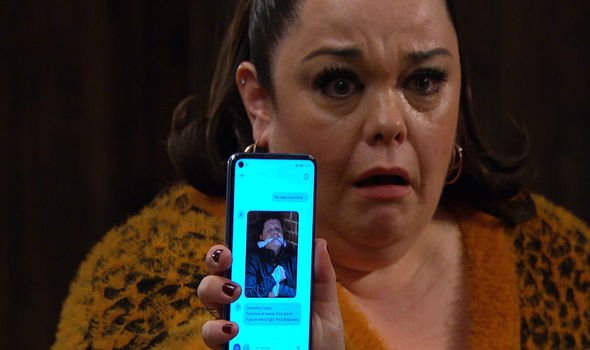 “Mandy becomes like a child when he shouts, and so she goes into Mandy mode, and she’s got to save the day,” she continued.

“At this point, I think she’s doing it more for Vinny than for Paul, even though she’s frightened she doesn’t want to break any form of love between her and Vinny and it’s really breaking that point.”

Will Paul continue to push a wedge between Mandy and Vinny leading to the Dingle matriarch deciding there’s nothing left for her in Emmerdale?

“In the Dingle way, we go, ‘Who’s going to help us? She’s screaming down the phone to Charity and everyone’s skint,” Lisa revealed.

“Everyone’s having their own little pods of despair at the moment the Dingles are really fragmented apart from Chaz and Paddy who are happy.

“The Dingle family are struggling at the moment so she has no one to go to and the last resort is uncle Zack and Sam and they’re scrambling around but still can’t get the money and then Liv comes to the rescue by giving us a quarter of the cash.”

Once Paul’s kidnapping ordeal is resolved, Vinny may resent his mum for being hesitant to help her dad and lash out.

Will Mandy walk away from the village heartbroken that Vinny has chosen Paul over her?

The actress went on to explain why Mandy will put herself in a dangerous situation to help Paul after he’s lied to her time and time again.

Lisa added: “Vinny is worth it and Paul is worth it because she will say, she does really want this happily ever after.

“When there is that [possibility] of a fairy tale with Mandy [her] vulnerability [comes out]. She’ll never find Mr right in that sense because her vulnerability comes to the forefront.

“She’s gonna get hurt and hurt again. [Paul] does keep hurting her but she’s going to be strong [for Vinny].