There has been quite a lot of misery on Emmerdale lately, with Moira Barton (played by Natalie J. Robb) nearly dying after Jamie Tate (Alexander Lincoln) ran her off the road. Belle Dingle (Eden Taylor-Draper) is struggling after choosing to live with the secret and not tell her family the truth, while Kim Tate (Claire King) has been forced out of her own home by her evil daughter-in-law. Meanwhile, Victoria Sugden (Isabel Hodgins) received some bad news regarding a family member, and Tracy Metcalfe (Amy Walsh) is having difficulty navigating the first trimester of a surprise pregnancy. In amongst all of that, Vanessa Woodfield (Michelle Hardwick) has left the village altogether to continue her chemotherapy treatment at a hospital closer to her mother. Despite these strains, there is one thing which may bring all the residents together, a surprise wedding! But who could be tying the knot?

The last wedding to happen in the Dales was that of Lydia Hart (Karen Blick) and Sam Dingle (James Hooton).

Many gathered to raise a toast to the happy couple in the Woolpack.

It seems there couple be another ceremony before Christmas and soap fans may be surprised to learn who will be walking down the aisle. 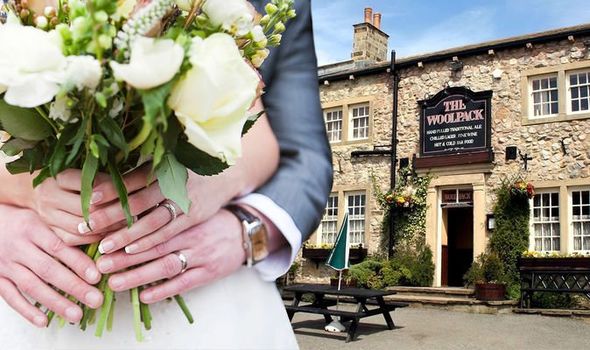 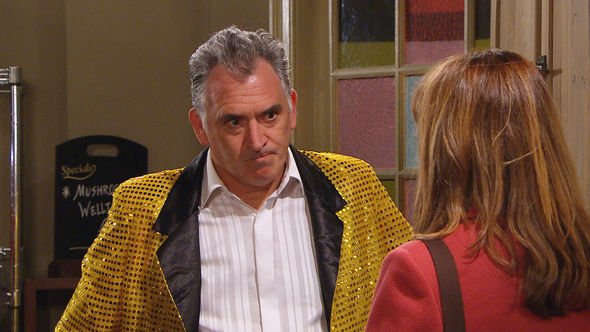 Initially, the newcomer was convinced she wasn’t ready for a relationship following the death of her son Lee Posner (Kris Mochrie).

Despite this knock back, Bob offered her support and a shoulder to cry on should she need it.

After dealing with her grief, Wendy soon realised she was indeed attracted to Bob and went about telling him.

However, her initially romantic plan didn’t end well, when Rishi Sharma (Bhasker Patel) was on the receiving end of her confessional letter. 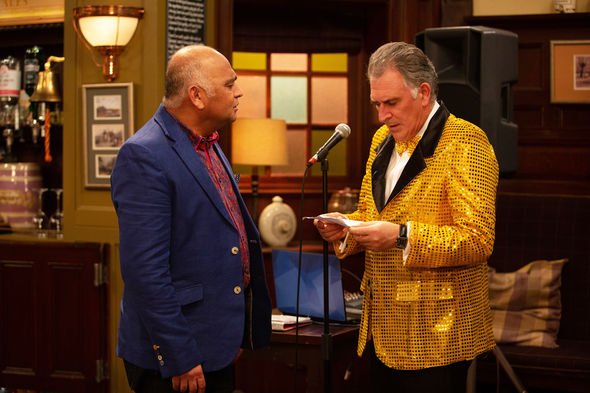 The mix-up was eventually resolved and Bob and Wendy sat down and spoke honestly about how they felt.

Their storyline is yet to be picked back up, but when it does, could Bob have a surprise for Wendy?

During an exclusive interview with Express.co.uk, the actor who played the bar man was asked about his character’s numerous nuptials and whether marriage could be on the cards sometime in the future.

Bob is apparently the character who has been married the most in Emmerdale, and Tony remarked: “Well, Bob loves a wedding doesn’t he! 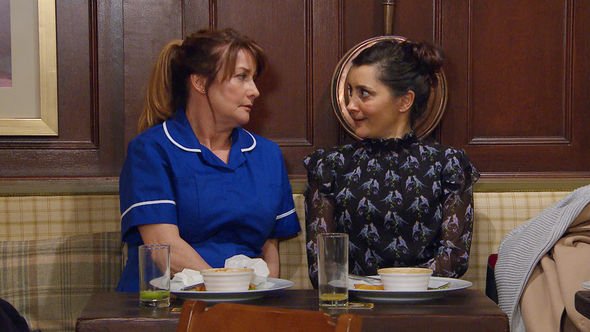 “He loves a wedding, and I think Bob would rather go through a wedding than probably discuss most things!

“If push comes to shove he would probably be eager to get married,” the actor added.

He then went on to joke: “And then probably have a couple of kids, you know?

“And then address [his problems] 10 years down the line!

“[But] I think he’s calmed down a lot actually, I think he’s grown into – the affair with Laurel withstanding – a better person and he’s certainly been around for his kids more than he has ever been in the past,” Tony said.

Could he decide to do something utterly romantic and spontaneous and ask Wendy to marry him?

Should she agree, a quick wedding could be just what the village needs to inject a little happiness.

Emmerdale airs Monday, Wednesday and Friday at 7pm on ITV.