Emmerdale fans are set to see Meena Jutla (played by Paige Sandhu) claim her first victim this week. Speculation is rife as to which character is going to be killed off and the actor who plays David Metcalfe (Matthew Wolfenden) joined Phillip Schofield and Holly Willoughby on This Morning to discuss the storyline’s climax. However, the presenters were keen to find out whether Matthew, who has been on the soap for 16 years, was going to be the one exiting and they tried their hardest to catch him out. Did Matthew slip up and confess his character would not be the one in the body bag?

Phillip began by reiterating what Emmerdale’s Producer, Kate Brooks had said about “no one being safe”.

“How long’s your contract?” The presenter remarked and Matthew replied: “I don’t know! If there’s a serial killer in the village, no one is safe.”

“Rumours are it’s going to be you,” Holly added and said fans are worried about David. 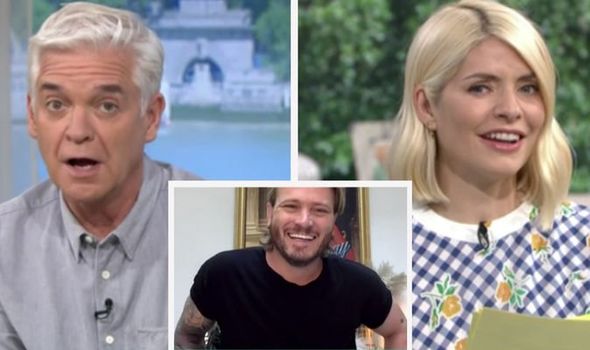 “It’s not going to be you!” Phillip remarked. “I can’t believe it’s going to be you, you’ve been there for 16 years and you started out as a bit of a bad boy and now, you describe David as a ‘loveable idiot.’”

“I’ve made him into a goofy character,” Matthew explained. “I enjoy the comedy side and the writers, about 10 years ago, went down that route.”