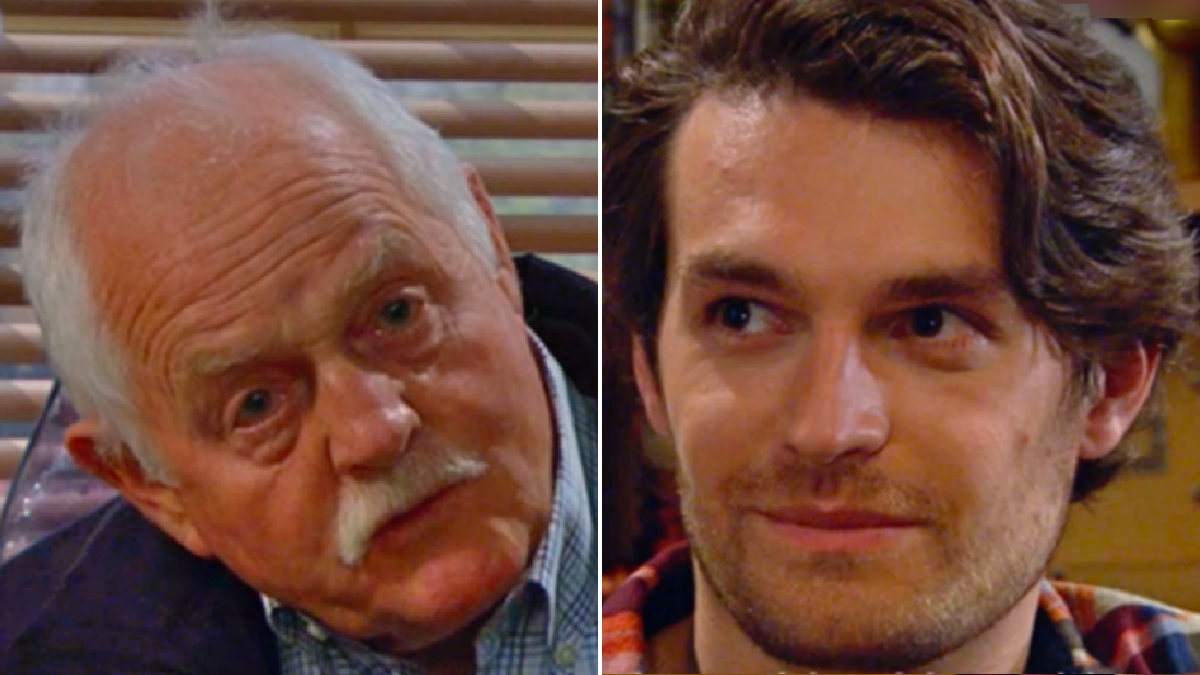 Emmerdale’s mischievous Mackenzie Boyd (Lawrence Robb) vowed to be a better person from here on out, after Eric Pollard (Chris Chittell) resolved to give a chance to redeem himself.

The young man feared that he might end up in prison in the wake of Eric’s hospitalisation, given that his crimes were now essentially out in the open.

Viewers will know that Mack stole Brenda Walker’s (Lesley Dunlop) brooch, but Aaron Dingle (Danny Miller) got the blame for the crime when he attempted to do the right thing and return it.

While Mack got off scot free, Aaron was facing criminal charges for a crime he did not commit. The newcomer would gladly allow viewers to believe that he wasn’t all that bothered, but his desperation to get Aaron off the hook evidently proves otherwise!

His attempt to do so, however, backfired when Eric was rushed to hospital. With Aaron now in the clear, it was Mackenzie who was once again in the firing line, but – refusing to go to prison – he set in motion a plan.

In spite of his hard-man demeanour, it was quite clear in tonight’s edition of the ITV soap that he didn’t quite know what he was doing, as he plotted a violent revenge in order to get himself off the hook.

He nervously exited the house to do God knows what to Eric – although one could argue he wasn’t quite sure what he was planning himself.

Mackenzie, however, was met with Eric on his doorstep, who – having received a visit from Moira Dingle (Natalie J Robb) – wanted to see for himself whether Mack is capable of redemption, or if he is simply too far gone.

Eric engaged in a conversation with the young man, desperate to get to know the type of person that he is. Mack, meanwhile, soon opened up – revealing all the hopes and dreams he had as a child.

He reiterated that he never fulfilled those dreams, and his desire to be a hardman was nothing more than that – a desire – as he knew he wasn’t capable of leaving Eric to die.

Eric saw something in Mackenzie, that much was certain, and having decided that this is a soul worth saving, he resolved to give him the coveted second chance he’s been so desperately craving.

Mackenzie, displaying a level of vulnerability we’ve only seen from him once before, simply smiled, and promised to be better from here on out.

It was a superbly character-driven scene, with Lawrence Robb and Chris Chittell both delivering nuanced performances.

But will Mackenzie stay true to his promise? Only time will tell.