Michelle Hardwick and Kate Brooks reveal they're having a girl

The ITV soap star appeared alongside her Emmerdale colleague and wife, Kate Brooks on Wednesday’s Loose Women where she spoke about her second pregnancy. Michelle, who is 23 weeks pregnant, admitted she has suffered a lot more morning sickness during her second pregnancy, compared to her first with her son, Teddy.

However, towards the end of the segment, Christine Lampard said the happy couple had a big announcement to make.

In doing so, Michelle and Kate shared the gender of their baby – revealing they were having a baby girl.

“There is a big reveal happening,” Christine began before adding: “You’ve got little, Teddy, so tell us about baby number two.”

Michelle excitedly replied: “So, baby number two is a little girl. Teddy is going to have a little sister.” 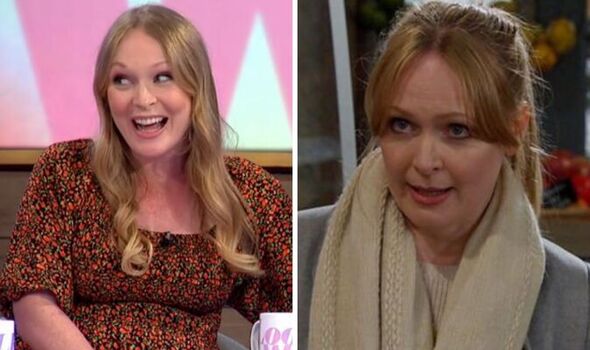 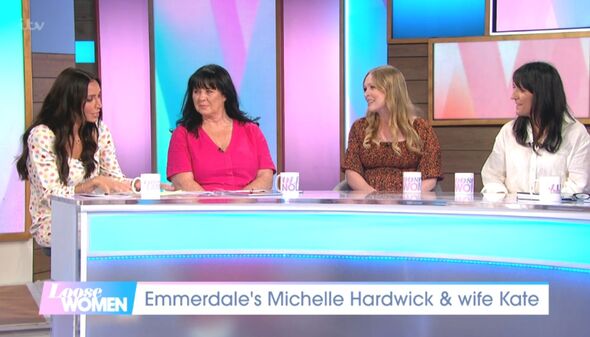 She continued: “We didn’t know with Teddy until we found out, and we thought the whole way through that Teddy was a little girl.

“I don’t know why, we didn’t have the scan or anything.”

Speaking about how her pregnancy has been so far, Michelle said: “It seems to have flown by this one.

“First 12 weeks this time around… yeah, quite a bit of morning sickness.” 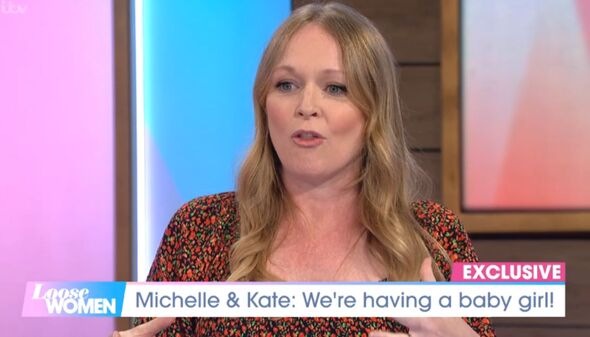 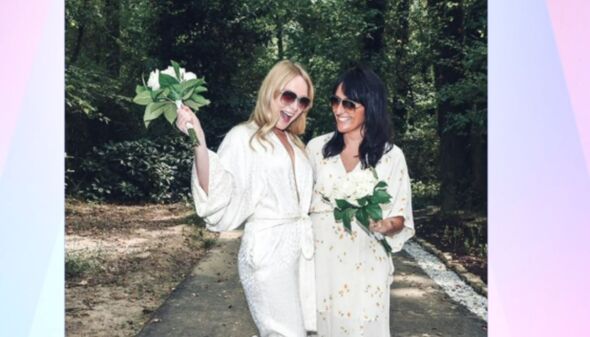 Christine went on to discuss the couple and how they have approached their family life.

The panellist praised: “I think you’ve approached the children and family life in the most remarkable way because I think the whole foundation is honesty and openness.

“And certainly approaching the donor aspect of pregnancy I think is really, really interesting, actually.

“And you’re always going to be very open and honest with the children.”

Opening up about the donor process, the soap star replied: “Yeah, because we were at the clinic where we didn’t really know much about it.

“We’ve done a little bit of research but we wanted them to sort of inform us really.”

Michelle said it was as simple as picking out what colour hair and characteristics they wanted their child to have.

“They sent through two donor CVs,” she added before pointing out they weren’t allowed to see what the donor looked like.

“How much did you want to know about them?” Janet Street-Porter asked.

Kate said they wanted a donor who was kind and had good family values.

She went on to add that they chose to use the same donor to conceive their second child so their children would be biologically related.