Enormous stately home near Windsor Castle on sale for £32million 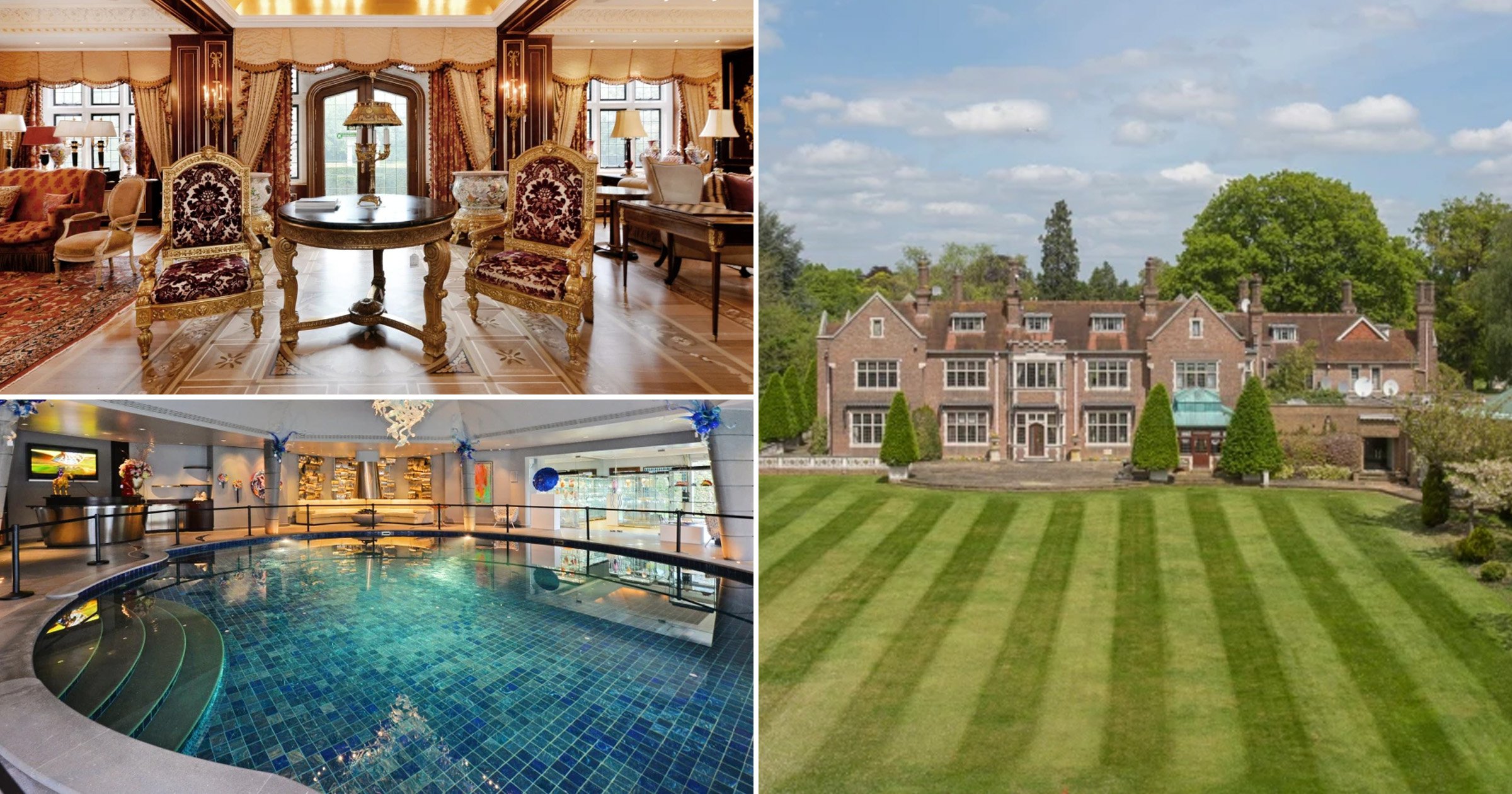 For most of us it’s a time of austerity – energy bills are virtually doubling, the cost of food and petrol is going up and the rate of inflation is expected to skyrocket this spring to an eye-watering 8%, according to the Bank of England.

But while the rest of us are tightening our belts, with the poorest deciding whether to ‘heat or eat’, those with the deepest pockets can still find a bargain.

This not-so-little number in Surrey (33,264sq ft), which comes with its own helipad and has the Queen as a near neighbour at Windsor, could be just the ticket – a mere snip at £32million, after £18m was knocked off the price since it was first advertised for sale in 2018.

Bishopsgate House first came on the market after an acrimonious and much publicised divorce between Sheikh Walid Juffali and his model former wife Christina Estrada in 2016.

He died shortly afterwards of cancer after paying her a settlement of £75m.

The house, meanwhile, survives in all its somewhat overblown glory and is once again looking for a new buyer.

With five reception rooms, 12 bedrooms and leisure facilities including an indoor tennis court and a large indoor swimming pool (with an enormous blue crystal chandelier) the mansion sits on 34 acres of land, has a ‘wellbeing zone’, an intricate hedge maze, extensive stables and a separate three-bedroom guest cottage.

It also has private access into Windsor Great Park – a right, given to the monks who once lived on a property here back in the early 18th century and still retained for a £1 per year fee today.

The Queen is preparing to move permanently to live in Windsor Castle and the Duke and Duchess of Cambridge recently announced they’re planning to follow suit and will be looking for a home nearby.

So you’d have neighbours with an impeccable pedigree (the Royals have been known to ‘borrow’ Bishopsgate’s helipad on occasion).

Bishopsgate House is just four miles from the castle and is described by Rokstone, the specialist agents marketing it, as a ‘princely property tucked discreetly behind a boundary of mature woodland in the heart of Egham Village on the sought-after Surrey-Berkshire border’.

The original house dated to the mid-19th century but access to the park existed for centuries before that. Monks were granted permission to pass through the gate into the Great Park – hence the name Bishopsgate.

‘It is one of just a few homes to have this Narnia-esque entrance to Windsor Great Park,’ enthuses Becky Fatemi, founder and director of Rokstone.

This 19th-century version of the property was demolished in the early 20th century and made way for today’s grand home, which was built in 1926.

It was one of a handful of rural manor houses to be requisitioned during World War II as a headquarters for the 4 Wireless Group run by the Royal Corps Of Signals when intelligence- gathering.

Behind electric gates, the long drive winds past immaculate lawns and banks of rhododendron bushes before it opens to reveal a central fountain in front of the grand brick facade with mullioned windows, prominent chimney stacks and two pitched gable ends.

The covered entrance way leads into a grand greeting hall with polished wooden floors and a corridor that stretches the depth of the building through a series of arched doorways.

Bishopsgate is sited discreetly, but there’s nothing understated about the interiors.

Indeed it’s a sea of wood panelling, with ornate wooden floors, enormous chandeliers and swathes of vibrantly coloured lush curtains; a lavish styley, which will no doubt appeal to a buyer who wants an extravagant interpretation of the past.

In one living room there is even a scarlet-walled seating area in a room that seems to take its cues from Chinese design.

To the rear there’s a wide south-facing York stone terrace lined with roses while a path leads to an ornamental fountain and lawns. It’s all very Versailles.

Becky says the price drop has occurred because the sale of such extraordinary properties is still ‘a price-sensitive market. You cannot stretch or tempt a buyer out of their price bracket this spring,’ she says.

There is no clue, yet, to who will buy it. The only thing for certain is it’s unlikely to be a Russian oligarch.

Bishopsgate House is on the market for £32m via Rokstone.