If you had a relatively average childhood in the ’90s, you likely spent your youth crimping your hair, eating Fruit Roll Ups, and deciding which Spice Girl was your alter ego. But for the child stars who rose to fame during this decade, it was a different experience entirely. Now, several of their stories are being brought to light in the new Hulu documentary Kid 90, directed and produced by former child actress Soleil Moon Frye. And trust: You’ll want to step into your evening sweats (or keep on your daytime sweats, no judgment here) and watch the whole thing, um, TONIGHT.

The film centers on Frye’s teen years, when she carried a video camera with her everywhere she went (this was before cell phones, mind you, so it was a legit commitment). The result was hundreds of hours of footage that she locked away until recently, and then finally revisited over 20 years later. Kid 90 includes appearances from celebs like Leonardo DiCaprio, Mark-Paul Gosselaar, and David Arquette, but since it mostly focuses on Frye’s adolescence, let’s get to know her a little better. 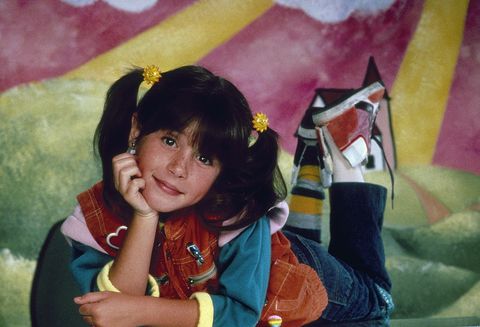 Most people know Frye from her starring role in Punky Brewster, the 1984 sitcom about a charismatic foster child and the father who adopts her. Landing the lead at just eight years old, she entered the limelight early, and it was only the start of a long acting career. Several years later she would earn appearances on popular shows like The Wonder Years (1990) and Saved By The Bell (1992), before scoring the role of Roxie Hart in the WB’s Sabrina The Teenage Witch. From 2000-2003 she starred alongside Sabrina Spelman (Melissa Joan Hart), as well as the talking cat Salem who TBH stole the show with his incredible one-liners. 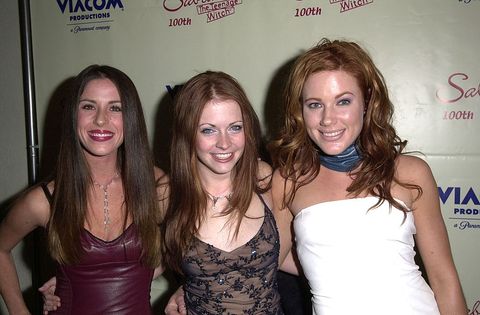 What’s she up to now?

After several years of voice acting and raising her four children, Frye is stepping back in front of the camera in a big way. She recently reprised her role as a grown up Punky for the Punky Brewster reboot, which is now streaming on Peacock. The reboot catches up with Punky as a mom, who (just like Frye IRL) has four kids and is navigating co-parenting after a divorce. (Frye separated from her producer husband Jason Goldberg in 2020, after 22 years of marriage.) Not only does she star in the show, she’s also an Executive Producer on it, which means her work schedule these days definitely rivals that of her busy eight year old self. 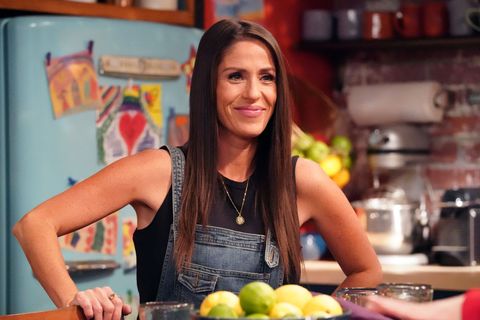 During a recent appearance on Jimmy Kimmel Live, Frye explained that when she turned 40, she “really was wondering if my life had happened how I thought it had.” This led her to revisit her own coming of age story, or “open Pandora’s box” as she puts it. Incredibly, between all her video recordings, pictures, and voicemails, she’s able to piece together the pivotal moments of her teen years. Considering this was pre-social media, when most of us were content with the occasional Polaroid, and not today, when we rely heavily on our camera rolls to remember what we did literally yesterday, this is very impressive.

What can I expect from the documentary?

The film covers everything from Frye’s post-Punky life in Hollywood, to her days as a struggling actor in NYC, and there are plenty of familiar faces along the way. She gets candid about the more relatable aspects of her childhood, like summer camp and the joys of puberty, as well as the rollercoaster ride that is becoming famous as a teenager. Whether you come to Kid 90 for the Leo cameos, the ’90s fashion inspo, or the emotional journey that Frye embarks on, anyone who lived through this decade will find something to be nostalgic about.

You love overanalyzing every celeb-related detail as much as we do, right? Let’s do it together when you unlock ~all~ of Cosmo.