It’s a Barbie world, and we’re all just living in it.

What seems like a Mattel doll lifetime ago, Margot Robbie confirmed the “Barbie” live-action film adaptation in July 2019, with Greta Gerwig and partner Noah Baumbach co-writing the script. Gerwig was later announced to be directing the film.

The news marked the famed blonde-haired doll’s 60th anniversary. “Barbie” will premiere in theaters on July 21, 2023.

Robbie, who will star as Barbie opposite Ryan Gosling’s Ken, is slated to produce the film through her production company LuckyChap Entertainment. Mattel Films and HeyDay Films will co-produce.

The “Once Upon a Time…in Hollywood” star admitted that the film “comes with a lot of baggage and a lot of nostalgic connections” to honor the doll’s legacy. “But with that come a lot of exciting ways to attack it,” Robbie said to British Vogue. “People generally hear ‘Barbie’ and think, ‘I know what that movie is going to be,’ and then they hear that Greta Gerwig is writing and directing it, and they’re like, ’Oh, well, maybe I don’t…’”

The Barbie franchise originally was going to make its debut on the big screen courtesy of Diablo Cody, who re-wrote former “Sex and the City” writer Jenny Bicks’ 2014 Sony script, as reported by W Magazine. Amy Schumer boarded the project in 2016, with a new script by Hillary Winston about a woman who is kicked out of “Barbie-ville” due to not meeting its standards of physical perfection. Schumer exited due to “scheduling conflicts” for her film “I Feel Pretty,” but later clarified that there were creative differences behind-the-scenes for the vision of Barbie.

“They definitely didn’t want to do it the way I wanted to do it, the only way I was interested in doing it,” Schumer told The Hollywood Reporter. Schumer wanted Barbie to be an “ambitious inventor,” but Mattel and the studio allegedly pushed back that her invention be high heels made of Jell-O.

“I felt like I was disappointing my team by not being Barbie,” Schumer recalled, adding that she was sent a pair of Manolo Blahniks to celebrate the film deal at the time. “The idea that that’s just what every woman must want, right there, I should have gone, ‘You’ve got the wrong gal.’”

By 2019, Robbie took over the new Warner Bros. production, with Gerwig and Baumbach tapped as screenwriters. While the plot is still kept under wraps, we do know the star-studded cast. Robbie also teased to The Hollywood Reporter that “Barbie” will be “the thing you didn’t know you wanted.”

And “Barbie” is already setting a new precedent for adaptations: Mattel and MGM confirmed in June 2021 that Lena Dunham was writing and directing a Polly Pocket movie with Lily Collins in the lead role and serving as a producer.

“Polly Pocket was responsible for countless hours of childhood escapism for me — Polly gave me a tiny world of magic and autonomy to narrate, so it’s pretty poetic to be tackling these same ideas now as a director collaborating with the brilliant Lily Collins, Robbie Brenner, Mattel and MGM,” Dunham said, via Deadline. “I’m so thrilled to bring to bear both my love of this historic property and also my deep-seated belief that young women need smart playful films that speak to them without condescension.”

Other Mattel Films projects in development include “American Girl,” “Barney,” “Hot Wheels,” “UNO,” and “Masters of the Universe.”

In the meantime, find out all there is to know about the “Barbie” film below.

All hail the casting gods for this live-action “Barbie” world. Producer Margot Robbie will play the titular Barbie, with Ryan Gosling co-starring as Barbie’s iconic love interest Ken. If Robbie’s “Wolf of Wall Street” wardrobe is any indication of the Barbie-verse, we already know Robbie can rock an all-pink ensemble in the rumored plotline of Barbie escaping her doll fantasy world only to find herself overwhelmed with reality.

“Barbie” is currently in pre-production as of February 2021. 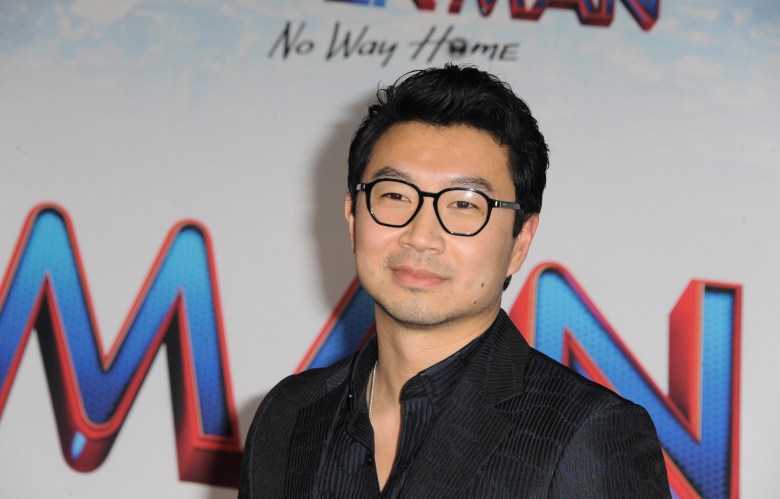 Simu Liu was officially announced to be joining the “Barbie” cast in February 2021. Liu told Vanity Fair that he didn’t want to be typecast following the success of Marvel’s “Shang-Chi and the Ten Rings.”

“I was like, ‘If I don’t have something ready to go, it’s going to be “Simu is Shang-Chi,” and that’s it,’” Liu said. “I still feel very much like I’m an outsider in Hollywood…but I’m starting to realize I don’t have to prove to anyone or myself that I deserve to be here. Taking up this space and being unapologetic — these things came a lot easier to me back in the day, when I didn’t have a seat at the table. I was playing a very different game, but I think I’m slowly finding that courage again.”

Next move? “Barbie” on the big screen. 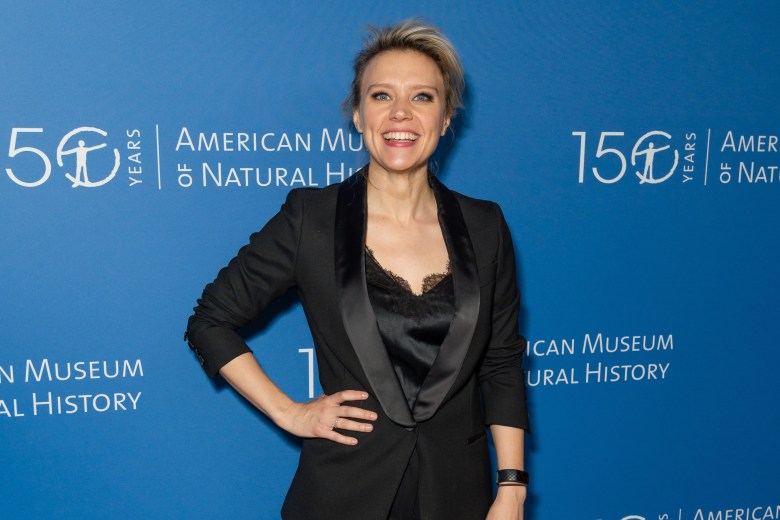 After playing friends with benefits in “Bombshell,” Kate McKinnon reunites alongside Margot Robbie for “Barbie.” Robbie previously gushed to PRIDE.com about her love for the “Saturday Night Live” breakout star, saying that they just “clicked immediately” after meeting.

“We had chemistry so readily there,” Robbie said. “It was so fun to play with Kate. She improvs a lot, and she’s funny and hilarious. She’s so talented, and she’s the nicest person ever. I could talk for an hour about how much I love Kate.”

America Ferrera Is Ready to Make the Film “Super” 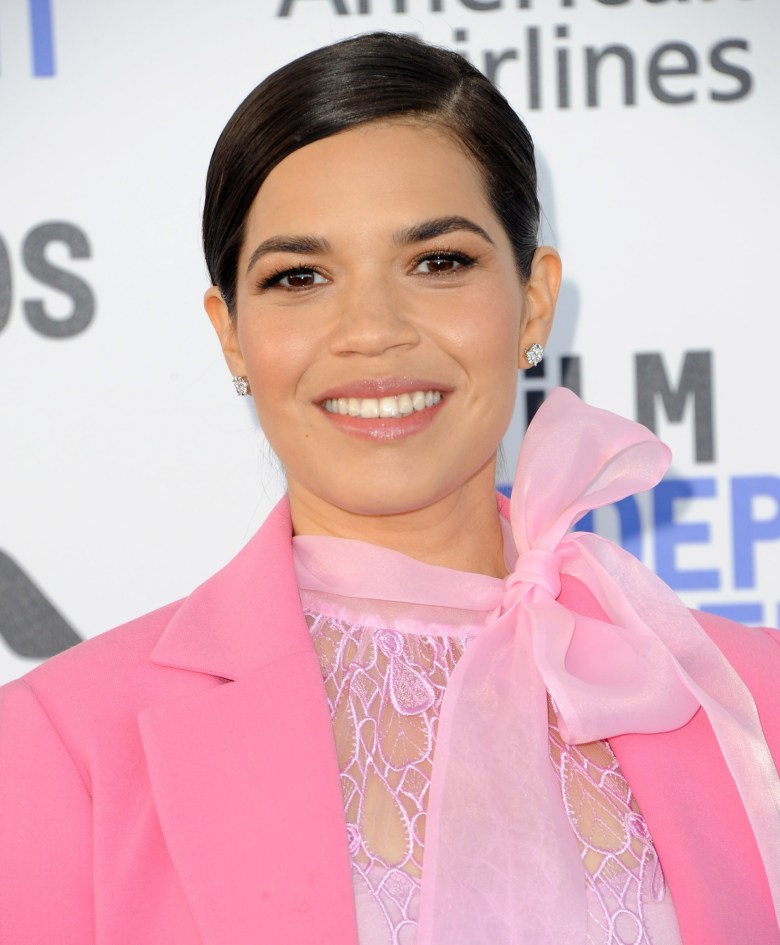 “Superstore” alum America Ferrera joined the “Barbie” ensemble cast in January 2022. Ferrera is currently starring as Elishia Kennedy in Apple TV+’s “WeCrashed,” based on the Wondery podcast “WeCrashed: The Rise and Fall of WeWork,” about startup founder Adam Neumann.

Ferrera made her film debut in 2002 film “Real Women Have Curves,” going on to star in “Ugly Betty,” “The Sisterhood of the Traveling Pants,” and “The Good Wife.” 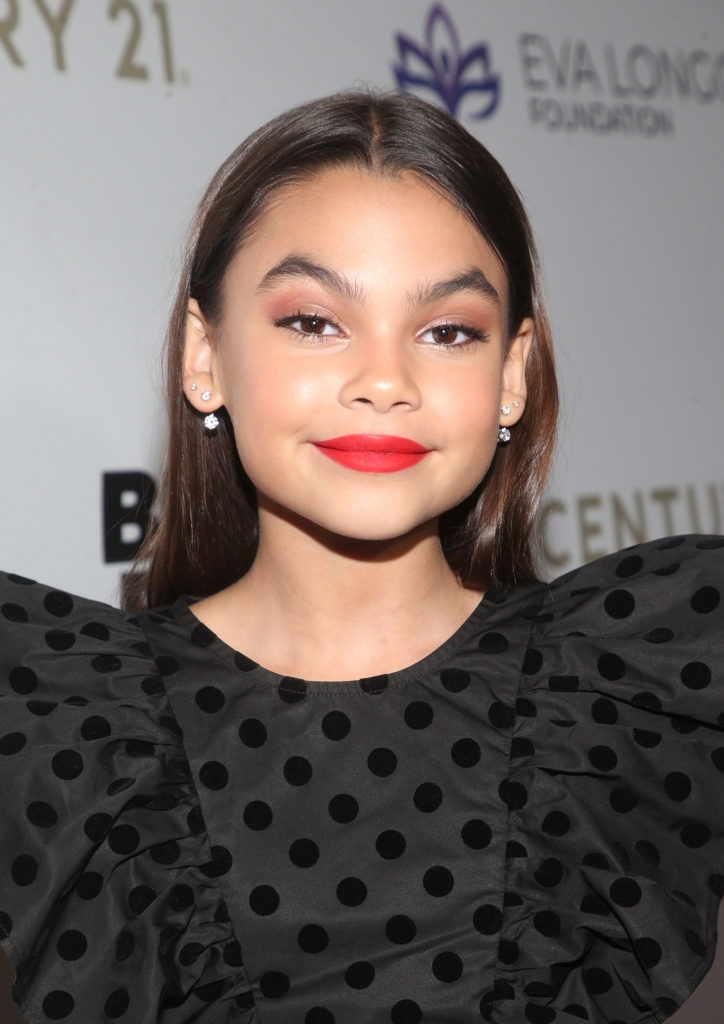 Fresh face Ariana Greenblatt may seem like a newcomer, but the 15-year-old has already landed an impressive resume in just six years of acting. Greenblatt portrayed a young Gamora in “Avengers: Infinity War” before going on to appear in “In the Heights” and “Awake.” Greenblatt is set to star opposite Cate Blanchett in Eli Roth’s “Borderlands,” as well as partnering with Adam Driver for Beck/Woods’ mysterious “65.” Now, she’s entering the “Barbie” world. 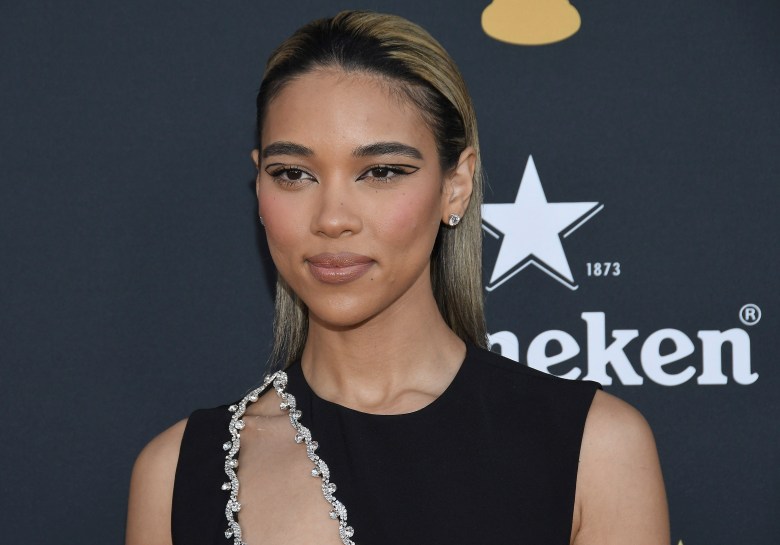 “Tick, Tick…BOOM” star Alexandra Shipp accompanies her “65” co-star Greenblatt to “Barbie.” While Shipp’s “Barbie” role has yet to be revealed, we do know that she can sing thanks to a duet opposite Vanessa Hudgens in “Tick, Tick…BOOM.” Shipp also has filmed “Kung Fury 2” with Michael Fassbender and will appear in Kyra Sedgwick’s directorial debut “Space Oddity.”

Will Ferrell Is on Board 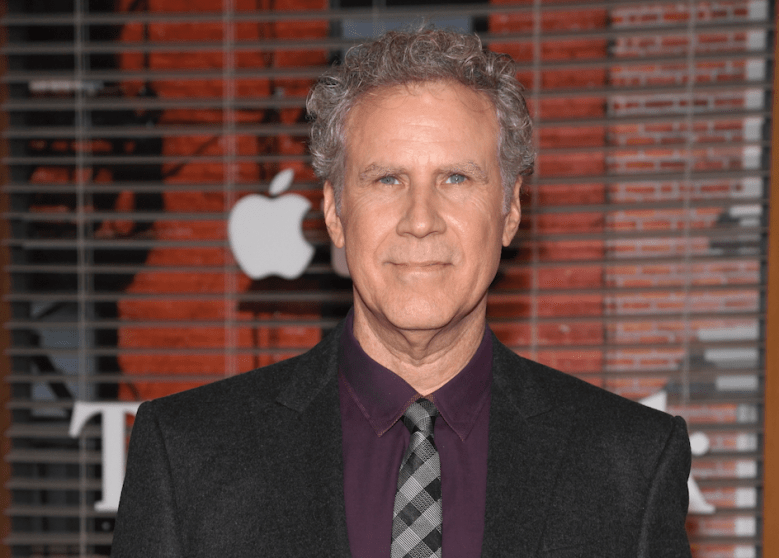 Legendary comic star Will Ferrell announced he was joining “Barbie” in April 2022. The “Shrink Next Door” alum is confirmed to be playing the CEO of a toy company that is rumored to be modeled after Mattel. Seems like Ferrell is back in the toy market after “Elf”! 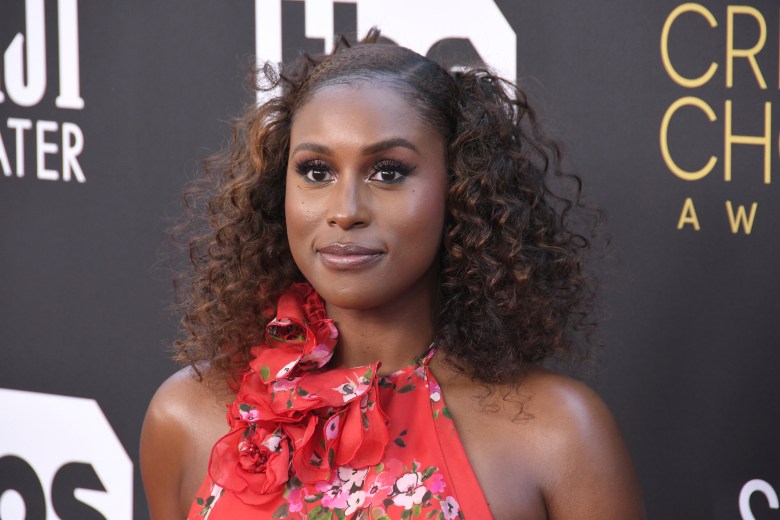 Following the final season of award-winning HBO series “Insecure,” multi-hyphenate creator Issa Rae joins “Barbie” in an unspecified role, as reported on April 14. The Emmy nominee is currently starring in AppleTV+ anthology series “Roar,” and will also appear in writer-director B.J. Novak’s film “Vengeance.” Rae additionally is set to lead “Empress of Serenity” opposite Bill Hader about a grieving man who embarks on a cruise with his estranged father. 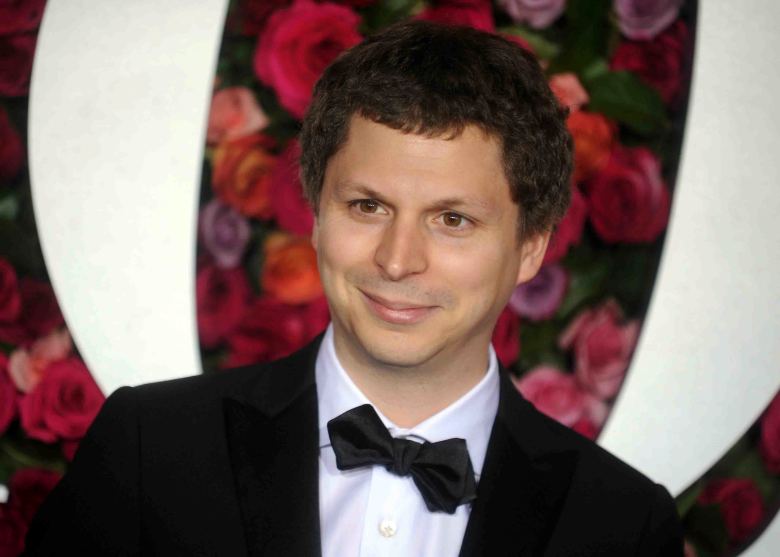 “Life After Beth” star Michael Cera continues his 2022 takeover with a new role in “Barbie.” The “Superbad” alum also is in pre-production on comedies “Jonty” and “Sacramento.”

“And Just Like That” Hari Nef Is Part of “Barbie” 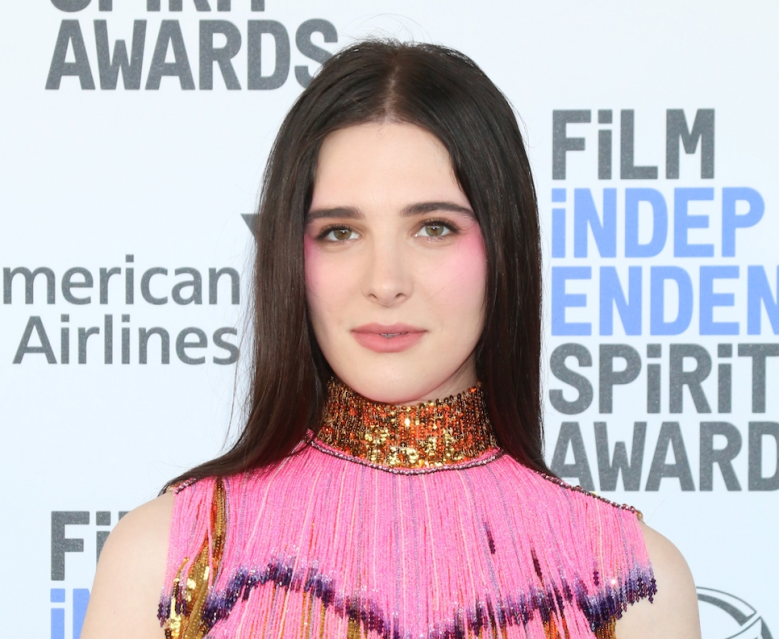 After stealing scenes as Rabbi Jen on “Sex and the City” revival series “And Just Like That…” and “The Marvelous Mrs. Maisel,” Hari Nef will star in “Barbie.” While Nef’s role is being kept under wraps, the trans actress has previously starred in “Transparent” and “You.” Nef is currently in pre-production on “L.A. Law” and leads upcoming film “1UP.” 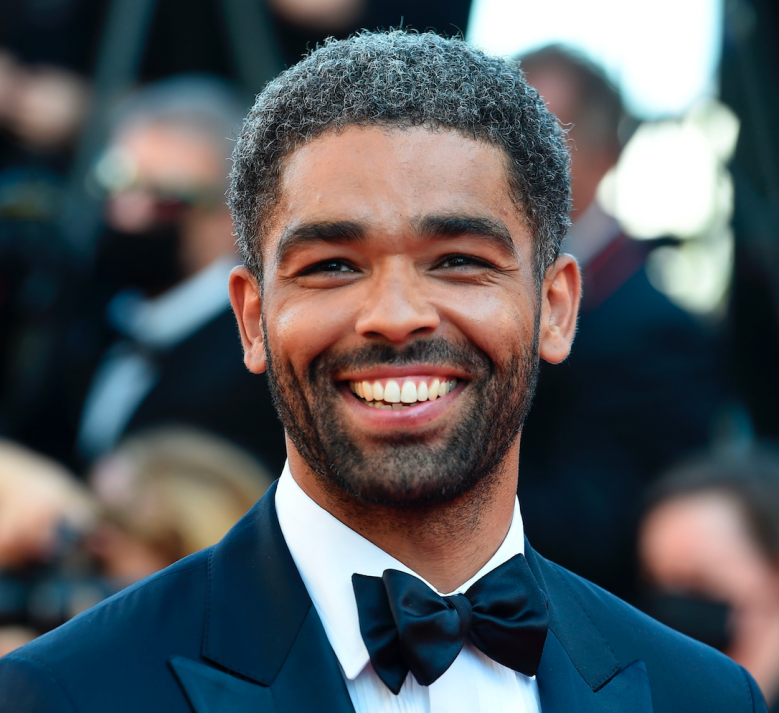 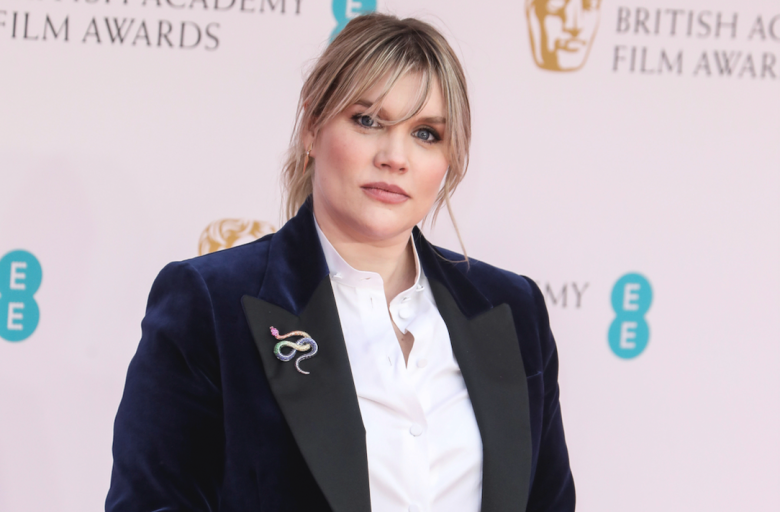 Rhea Perlman and More Round Out the Cast 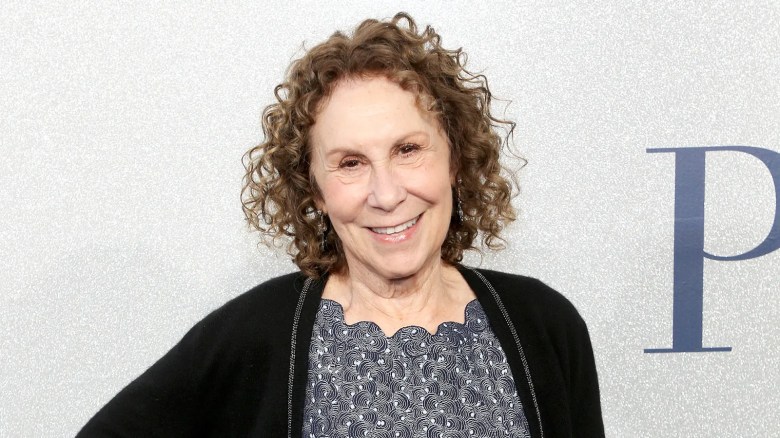 “Bridgerton” Breakout Nicola Coughlan Is Said to Be Joining 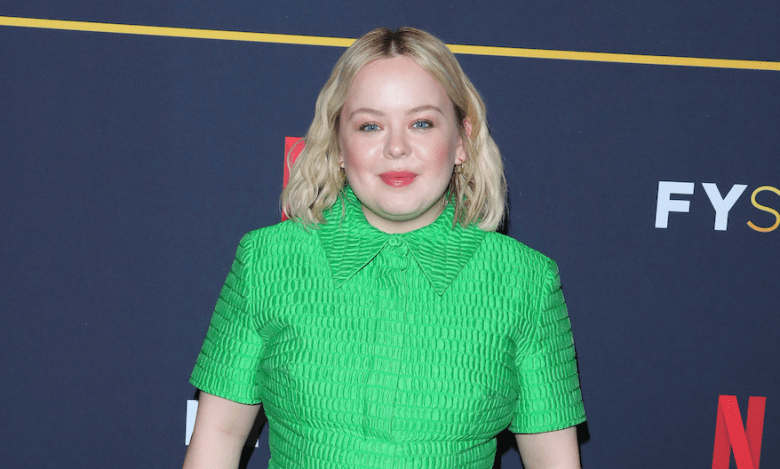 Nicola Coughlan, who is set to lead Season 3 of hit Netflix series “Bridgerton,” is reportedly linked to “Barbie.”

Dua Lipa Is Rumored to Be Cast 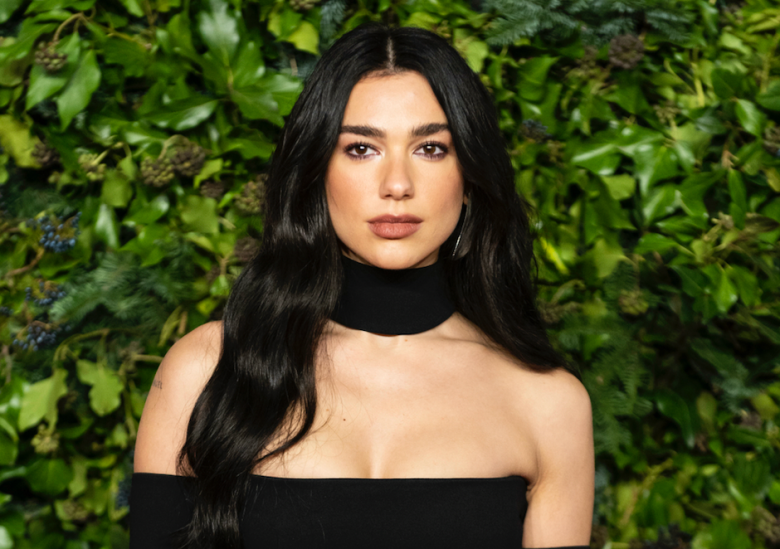 British pop star Dua Lipa might have already found her sophomore film feature with “Barbie.” The Grammy winner is already set to make her film debut in Matthew Vaughan’s “Argylle” opposite a star-studded cast including Sam Rockwell, Bryce Dallas Howard, Henry Cavill, Samuel L. Jackson, Bryan Cranston, John Cena, Catherine O’Hara, and Ariana DeBose. Yes, the cast list almost rivals that of “Barbie.” Based on the novel by Elly Conway, “Argylle” follows the world’s greatest spy over the course of a globe-trotting adventure. Seems like Lipa’s career is about to be “Levitating” on the big screen…

Saoirse Ronan May Be a “Barbie” 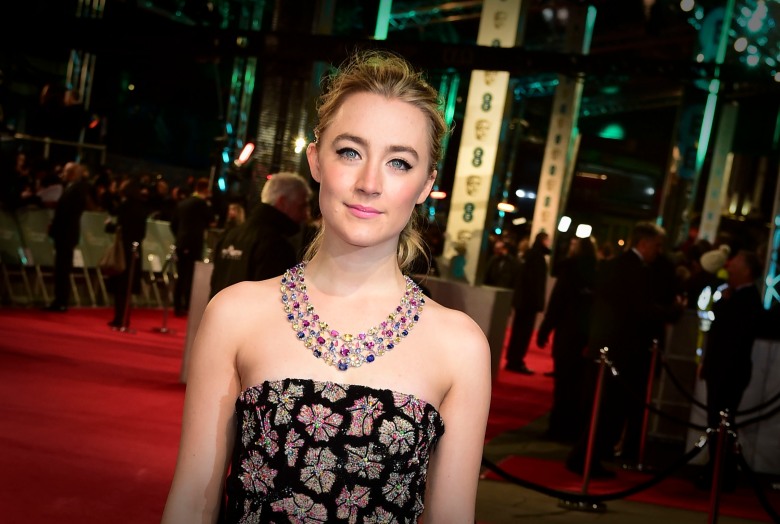 From “Lady Bird” to “Little Women,” Oscar nominee Saoirse Ronan is rumored to now be a “Barbie”…literally. Buzz from the 2022 Cannes Film Festival hints that the “Barbie” film will feature various iterations of the famed Barbie and Ken dolls, played by different actors. But we also don’t know how Ronan will find the time to reunite with writer-director Gerwig: She’s already is in the middle of filming the adaptation of Amy Liptrot’s novel “The Outrun” opposite Paapa Essiedu, plus Ronan recently completed whodunnit comedy “See How They Run” with Sam Rockwell and Adrien Brody. And don’t forget “Foe,” which has Ronan paired alongside Paul Mescal as post-apocalyptic farmers. 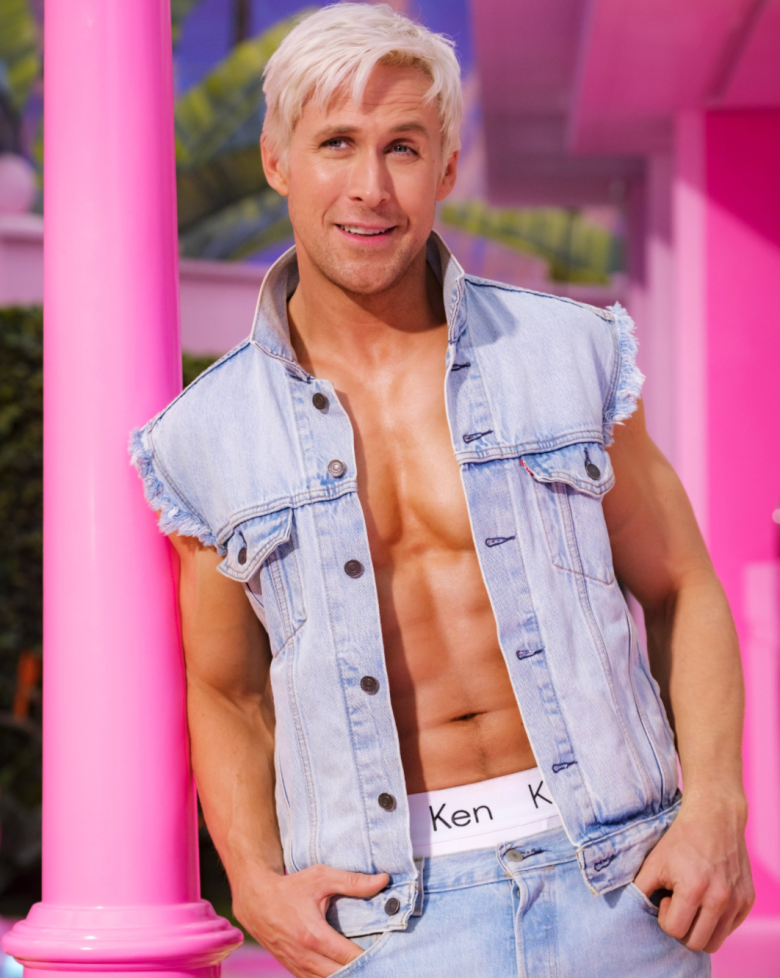 Forget Calvin Klein: Ken has his own brand of briefs in a new sneak peek at Ryan Gosling in the iconic role. Gosling returns to his “Place Beyond the Pines” bleach blonde ‘do and dons an acid wash denim suit that shows off his toned chest.