Fox has given a formal series order to an animated comedy from Emmy Award-winning creator Dan Harmon (Rick and Morty, Community) and Fox-owned animation studio Bento Box Entertainment, to premiere in 2022.

Set in mythical ancient Greece, the series, which is currently casting, centers on a flawed family of humans, gods and monsters that tries to run one of the world’s first cities without killing each other. The order is emblematic for post-Disney deal Fox Entertainment as it incorporates most key elements of the business framework the newly independent broadcast network outlined two years ago, including a path toward program ownership by building or acquiring production capabilities while avoiding big overhead, creating a roster of talent via targeted direct talent deals vs. traditional rich studio overall pacts in addition to fulfilling one of Fox’s main programming goals, expanding the network’s signature adult animation lineup.

“It is such a nice, full-circle business moment in a sense that it represents many of the touch points that we’ve talked about,” said Fox Entertainment CEO Charlie Collier. “We have a Fox Entertainment fully owned and financed animated show from Dan Harmon at the top of his game that Bento Box will produce, and it will be ours for the broadcast network and to stream on Tubi. The series also is the first to move forward under our broadcast direct model.”

This is the fifth new animated series Fox has ordered since Michael Thorn joined the network as President of Entertainment in 2017, leading the charge in the space.

“Leave it to Dan Harmon to turn the mythos of early Greek civilization into remarkably sharp commentary on today’s politics, celebrity and pop culture,” he said. “This project is an incredibly irreverent family comedy as told by one of the town’s most inventive storytellers. We are proud to be partnered with Dan on this series, which strengthens our hold on the animation space and, as we continue to build Fox Entertainment, marks an important first step for us with our first fully-owned scripted property.”

Collier took the reins of Fox Entertainment in November 2018 and called the then soon-to-be-separated from 20th Century Fox TV network “a start-up with a $26 billion dollar valuation.” Within six months, the company launched the Fox Alternative Entertainment in-house studio, which took over unscripted flagship The Masked Singer and now produces a large portion of the network’s reality series. A couple of months later, Fox acquired animation house Bento Box, which now makes a number of the net’s animated series, in addition to shows for other platforms.

A fully owned live-action scripted series will likely join the mix soon. There is currently one prospect, a Country Music Dynasty drama, which received a writers room order for a straight-to-series consideration, and several other in-house developed scripts that are bubbling up.

Fox Entertainment plans to build out live-action production capabilities organically, the way FX launched FX Prods. with It’s Always Sunny In Philadelphia and AMC did the same for AMC Prods. with The Walking Dead. The company plans to have a targeted approach and steer clear of big overhead expenses yet scale up as necessary. Fox Entertainment’s parent owns the Fox lot where the network’s offices are based, so it does have access to production facilities.

Compared to other TV companies that have developed or acquired production capabilities, what Fox Entertainment is doing “is like that on speed in the sense that everything we’ve done because of the Murdochs has been more aggressive, more bold, more acquisition-based, more able to realize the results more quickly,” Collier said.

There is a chance for Fox to bring in an outside production company as a partner when it would benefit a particular project. Also is in the realm of possibilities is an acquisition in the vein of the Bento Box purchase on the animation side.

The Country Music Dynasty drama is one of two projects Fox Entertainment opened writers rooms for last year as part of recalibrating the company’s approach to development.

The network had already started moving away from the traditional pilot cycle to year-round development when the pandemic hit, bringing all Hollywood production to a halt. During the initial months of the shutdown, the Fox executives took a step back for a closer look at how they develop shows. As a result, the network opted to further change things up and to begin commissioning a mix of traditional pilots, lower-cost presentations, writers rooms as well as outright straight-to-series orders. (Fox still plans to order some new pilots this pilot season.)

“We are reexamining our approach,” Thorn told Deadline in August. “Our goal is to first and foremost develop great voice-driven projects and work with the creators to find the best strategy to make them successful.” 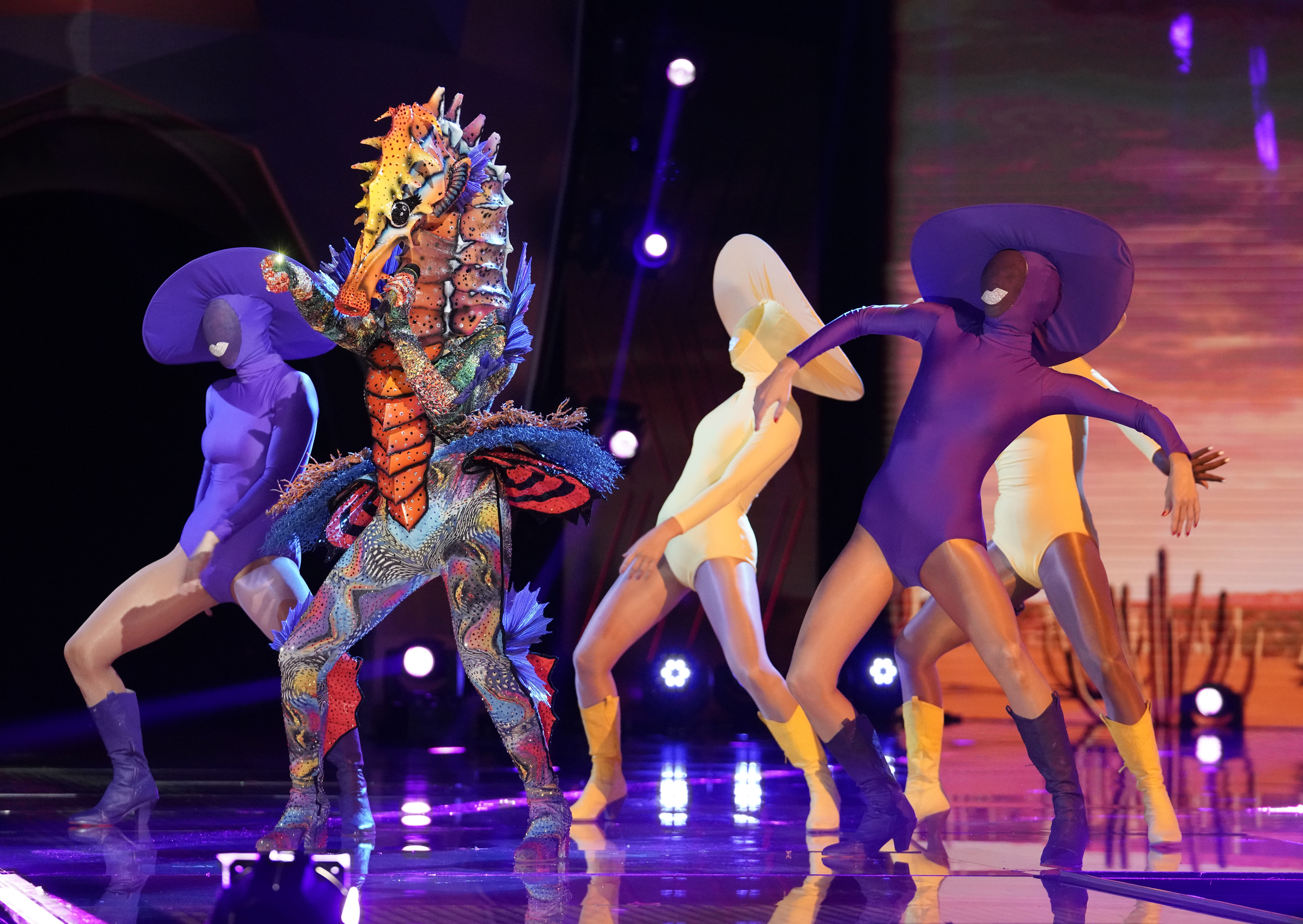 Decreasing the network’s dependence on the traditional pilot season with very few pilots ordered last January and February left Fox less vulnerable when 2020 pilot season was derailed by the pandemic. Additionally, having an animated lineup, NFL football, WWE SmackDown and the World Series, which were able to carry on during Covid-19, along with two drama series saved from the 2019-20 season and a new cycle of The Masked Singer filmed during the pandemic, gave Fox a largely pandemic-proof and close to normal fall lineup. It propelled Fox to a second consecutive No.1 finish in the fall among adults 18-49.

Collier continues to believe in broadcast’s ability to “have the attention of the country like only a broadcast network can,” pointing to Fox’s recent broadcasts of the NFC Championship game and season premieres of dramas 9-1-1 and 9-1-1: Lonestar as well as any season opener of The Masked Singer. “Those are unique culture-piercing broadcast phenomenon,” Collier said. “And if you were to say, all right, how do I broaden broadcast in a world of fragmentation to be the perfect complement, Tubi has done that for us, and it is growing quickly.” 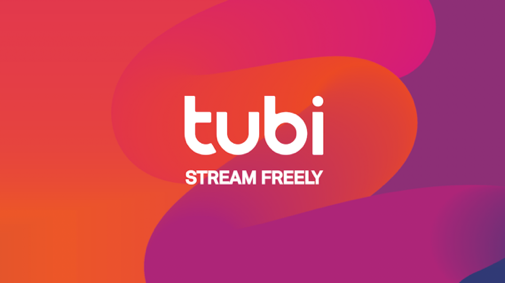 Tubi is the AVOD platform Fox Corporation acquired in March 2020. It now streams all Fox shows starting 14 days after the broadcast premiere and also has full libraries of series owned by Fox Entertainment, like The Masked Singer. (That will apply to the Dan Harmon comedy too.) Tubi filled a void since 21st Century Fox’s ownership of Hulu transferred to Disney as part of the $71.3 billion deal. Hulu remains Fox’s legacy SVOD partner and currently also has exclusive AVOD rights to new network episodes for the first two weeks, something Fox Entertainment is working on changing.

While most traditional media companies have been solely focused on SVOD, aggressively steering their businesses into the space over the past couple of years, Collier doesn’t have SVOD aspirations and is optimistic about the future of the broadcast network combined with an AVOD service. With Tubi being ad-based, Fox has been able to monetize it, selling advertising across both the linear network and the digital platform.

“It’s a really strategic part of our portfolio, and I think you will see us super charge both the broadcast network and Tubi beside it in ways where we can add value for each other,” Collier said.