Good Morning Britain welcomed Piers Morgan and Susanna Reid to the ITV breakfast show back in 2014, with the latter having moved from BBC Breakfast for the revamped morning programme. The show’s hosts are known for not being afraid to challenge guests, often leading to heated moments. Now, presenter Piers has expressed his confidence the breakfast hit will overtake the BBC equivalent’s viewing figures by “the end of the year.”

Susanna and Piers were brought in by the broadcaster six years ago when predecessor Daybreak was scrapped.

And they soon took ITV by storm with their honest and unapologetic style.

During the pandemic, the show continued to air with the duo at the helm as viewers tuned in, in even bigger numbers.

At this time, the show extended its length to four hours, incorporating Lorraine Kelly’s talk-show within the marathon format. 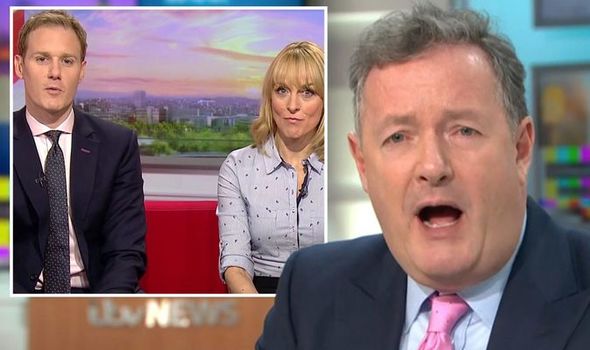 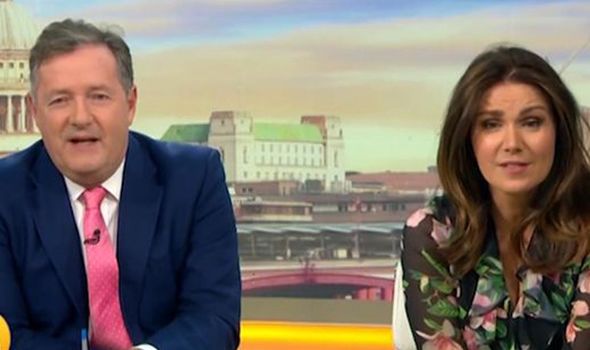 And it even saw Government ministers boycott the programme for 201 days before returning.

Piers and Susanna have continued to grill cabinet ministers over the ongoing coronavirus crisis.

In recent days, Health Secretary Matt Hancock and Housing Secretary Robert Jenrick have both been on the receiving end of criticism from the pair.

Now, Piers has spoken out on why he thinks the programme is continuing to make waves six years later. 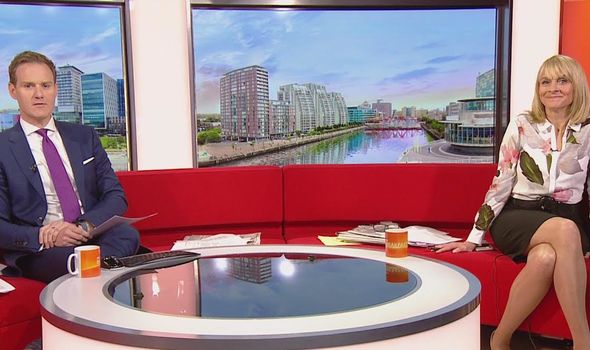 “The key to our success is that we can’t be ignored. Whether you love us or hate us, we debate all the issues that people in this country are debating amongst themselves.

“The more serious the news has got, it’s interesting that people have gravitated towards us rather than the BBC which is, historically, where they would have gone,” he said.

Piers went on to explain he believed this was due to the information being brought to viewers in a different way to its competitor.

He added: “I think that’s because viewers are getting opinion rather than just information – and that’s resonating with them.

“We have captured the zeitgeist and mood of the country a lot better than BBC Breakfast.

“I think it’s very likely we will overtake them in the ratings by the end of the year which will be an extraordinary achievement,” he told The Sun Online.

Fans of the broadcaster know he and BBC’s Dan Walker have had a long-running joking feud and the pair often call each other out on Twitter.

But could Piers and Susanna soon overtake their fellow breakfast show in the numbers war?

However, it comes as GMB received 340 Ofcom complaints in just three days last week due to multiple clashes on-air.

Another incident to contribute to complaints includes medical advice issued out by Dr Hillary Jones earlier this month.

Last year, the programme landed over 2,000 complaints after Piers’ criticised Care Minister Helen Whately early on in the coronavirus crisis.

Good Morning Britains airs weekdays from 6am on BBC One.