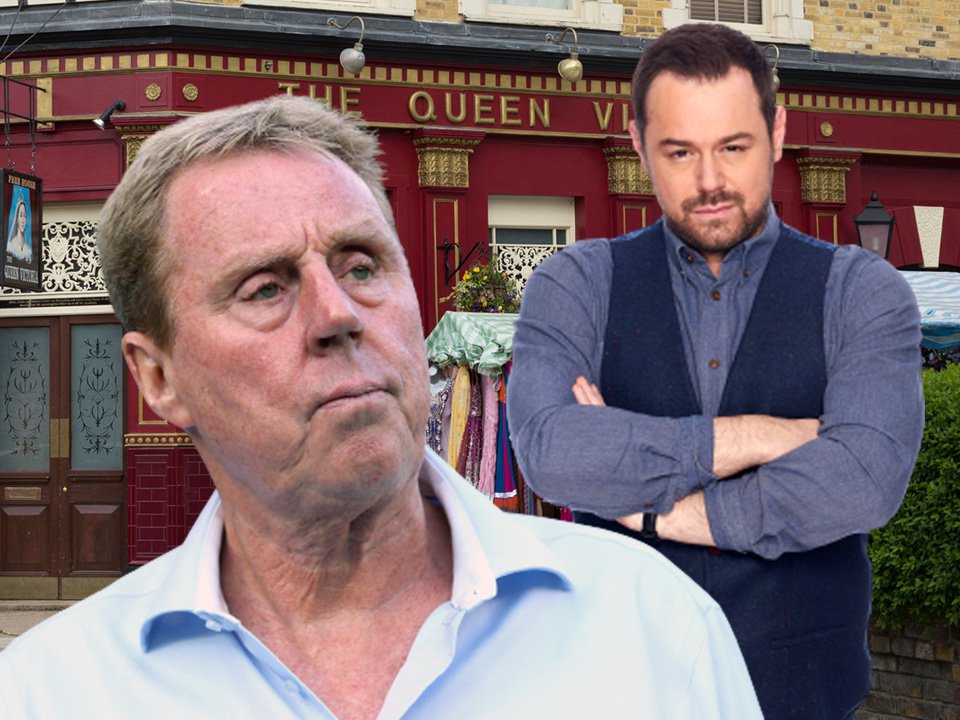 Harry Redknapp has been spotted leaving the set of EastEnders after filming a cameo role, an experience which he described as a ‘dream come true’.

The genuine east ender – born in Poplar, east London – is set to have his episode broadcast during the delayed Euro 2020 tournament this summer.

Speaking to The Sun, Harry said: ‘I’ve always wanted to have a drink in the Queen Vic. Danny Dyer was terrific to work with.’

A source also disclosed that Harry was made to feel ‘so welcome’ and that ‘he really felt at home’ on the set as he worked on his eight-line cameo opposite Danny Dyer’s Mick Carter.

They continued to the publication: ‘Mick likes wearing his West Ham shirt so I’m sure they’ll swap some Cockney banter about the Hammers.’

Back in January, football icon Harry campaigned in a Sun on Sunday interview for the soap’s bosses to give him a part on the iconic London show.

According to reports, Harry’s scene sees him return to his roots from ‘posh’ Sandbanks, the Dorset peninsula he moved to over 20 years ago.

He then discusses going into business with Mick as the pair enjoy a natter in the Queen Vic.

If this remains true, the possibilities are endless for Harry to return to the soap if his role is well received by EastEnders fans.

Harry has been a big hit on TV in recent years, winning I’m A Celebrity in 2018 as well as taking part in work for Sky with his footballer-turned-sports-pundit son Jamie, 47.

The duo filmed Redknapp’s Home Fixture last year, as well as Redknapp’s Big Night Out, both with comedian Tom Davis.

EastEnders declined to comment when approached by the BBC.