During Good Morning Britain, hosts Susanna Reid and Adil Ray invited Gavin Williamson on to the ITV programme to talk about European Super League. The MP, who specialises in education and schools, spoke with the presenters about the latest reports on the European Super League. It comes after it was confirmed Prime Minister Boris Johnson was holding an emergency meeting.

The segment left viewers baffled and many took to social media to question why the Education Secretary was talking about football.

One viewer said: “Gavin hasn’t got a clue ffs, cos it’s not even his department Susanna!”

“He’s more passionate about football than his own job,” another commented. 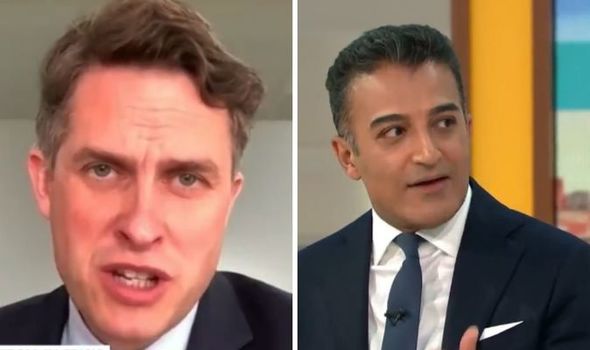 A fourth quizzed: “Why is the EDUCATION Secretary talking about SPORT??”

A fifth tweeted: “Why are you quizzing Williamson on Football? He’s not competent enough for the role he’s been placed in.”

Another viewer questioned: “So Gavin Williamson is now the sports minister yeah?? WTF!”