Hollyoaks confirms Fergus is dead as his reign of terror ends 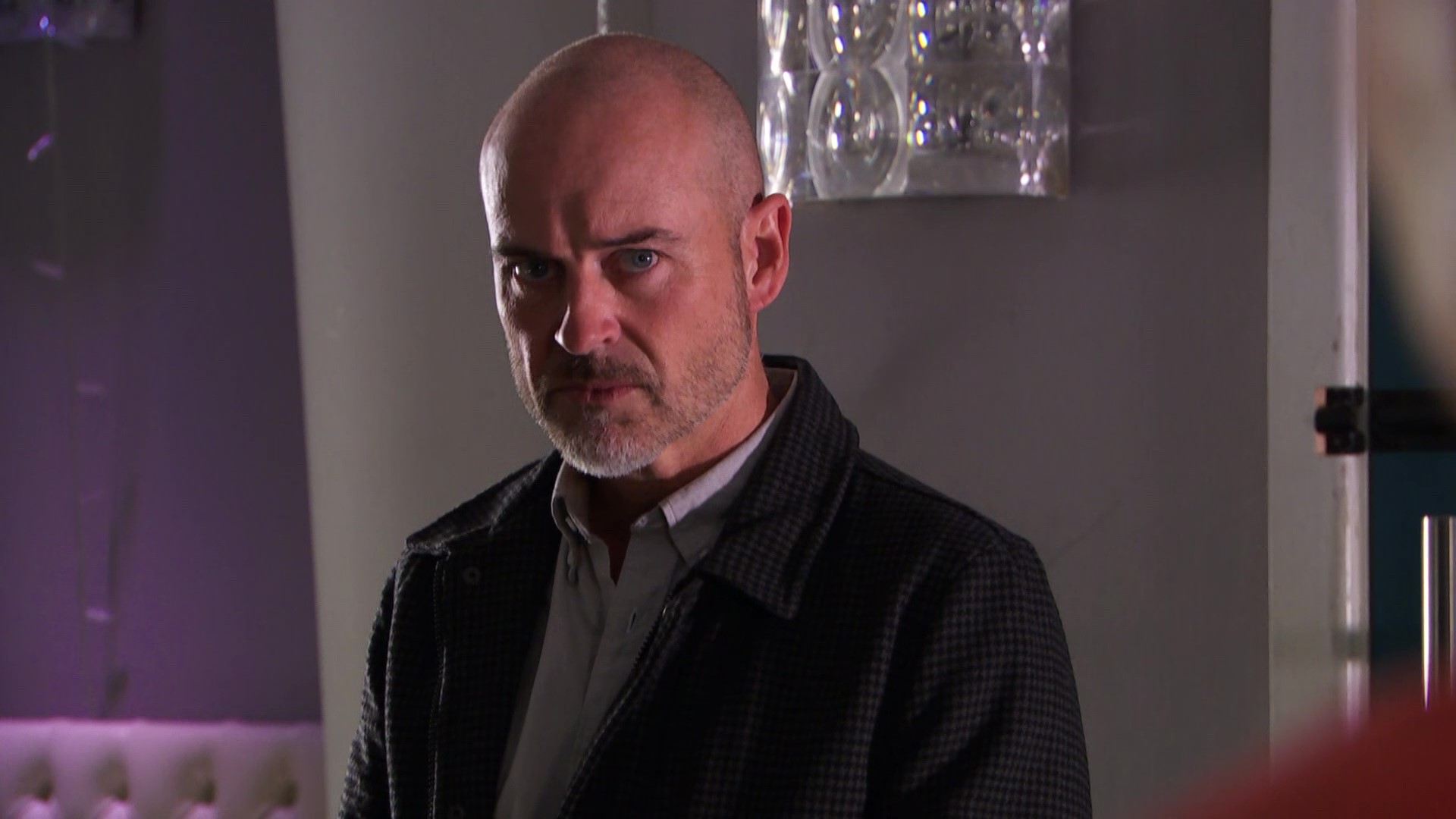 Fergus Collins’ (Robert Beck) reign of terror has come to an end in Hollyoaks, with the latest outing of the serial drama confirming that the character is dead.

The twisted property developer has caused chaos since he rocked up in the eponymous village several months ago, leaving nothing but horror in his wake.

He bought up countless properties, using them to spy on hundreds of women via hidden cameras, and streamed the footage online for his sick operation Bluebird.

The vile criminal then attempted to traffic Maxine Minniver (Nikki Sanderson) – the daughter of his beloved partner Trish (Denise Welch).

Fergus evaded justice time and again when several of the village’s finest attempted to take him down, but he finally met his match in Trish and Maxine! When Trish discovered what he’d been up to, she tried to get a confession, recording him via a hidden device.

Taste of his own medicine. Oh, the irony.

But Fergus didn’t like it at all, and thus resorted to attempting to murder Trish. Maxine, however, came to her mum’s rescue, striking the sick villain over the back of the skull with a Champagne bottle, bringing to an end his reign of terror.

It was touch and go for a while, with viewers uncertain if Fergus had truly met his demise, but Tuesday’s (November 23) E4 First-Look edition of the Channel 4 soap confirmed that Fergus is, in fact, dead.

Trish initially attempted to cover up the murder to protect her daughter from a life behind bars, but Maxine refused to play along, instead bringing DS Cohen (Ariana Fraval) to the scene of the crime.

Desperate to protect Maxine, Trish claimed it was she who struck Fergus, refusing to part with the recording device that she used earlier.

The recording would, of course, prove Fergus’ involvement in Bluebird – not to mention the fact that the attack was self-defence – but it also contained Maxine’s confession to the crime, and Trish wasn’t willing to implicate her daughter.

PC Franks (Bronte Terrell), however, amended the recording, and removed Maxine’s fingerprints from the champagne bottle, and thus Trish was set free, given that the recording that was submitted as evidence backed up the dance instructor’s version of events.

Trish was thrilled, and asked PC Franks why she risked her career for her and her daughter.

The nightmare is over. Maxine and Trish are free of Fergus, as is Warren Fox (Jamie Lomas), who recovered in hospital to tell Max just how much he loves her for killing Fergus.