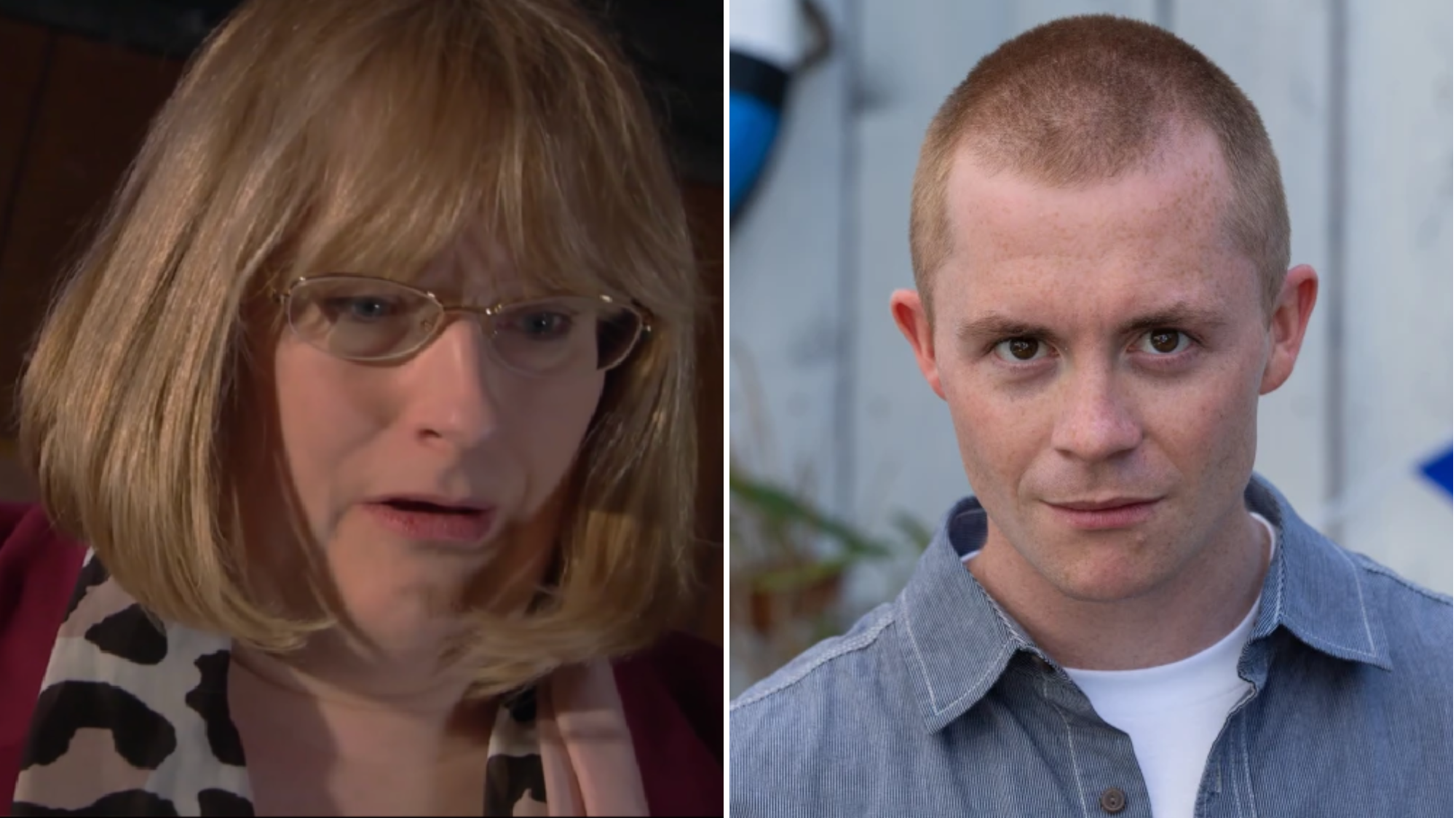 Sally St Claire (Annie Wallace) is targeted in a transphobic storyline in Hollyoaks next week, after cruel flyers appear on school property with her picture on them.

The head teacher is taken aback by the discovery, and Nancy Osborne (Jessica Fox) encourages her to find the culprit responsible.

Sally, however, insists on rising above it, and soon she receives a shock in a heart-warming moment, as the students come up with a creative way to show their support for her.

Eric Foster (Angus Castle-Doughty), meanwhile, is given time off from the school amid rising tensions, and he spends his free time helping Tony Hutchinson (Nick Pickard) out at The Dog, but let’s just say that this doesn’t exactly go as planned.

Sally feels guilty about Eric’s enforced leave, and thus she asks him to return to his position, but tension soon rise once more, as the head teacher tells him off for drifting away when he’s supposed to be working.

Eric, fuming, lashes out at Sally and makes a shocking admission in the process, leaving everyone stunned.

The question is: just what has he admitted to?

Is he responsible for the vile transphobic posters? What’s more, now that his mask has slipped, will everyone start to see him for who he is?

That seems very likely, given that subsequent scenes see him storm out of the school, wrecking the hallway as he does – leaving chaos in his wake.

Afterwards, he lands a job at The Love Boat, and things take yet another shock turn, as he spikes Lizzie Chen-Williams’ (Lily Best) drink.