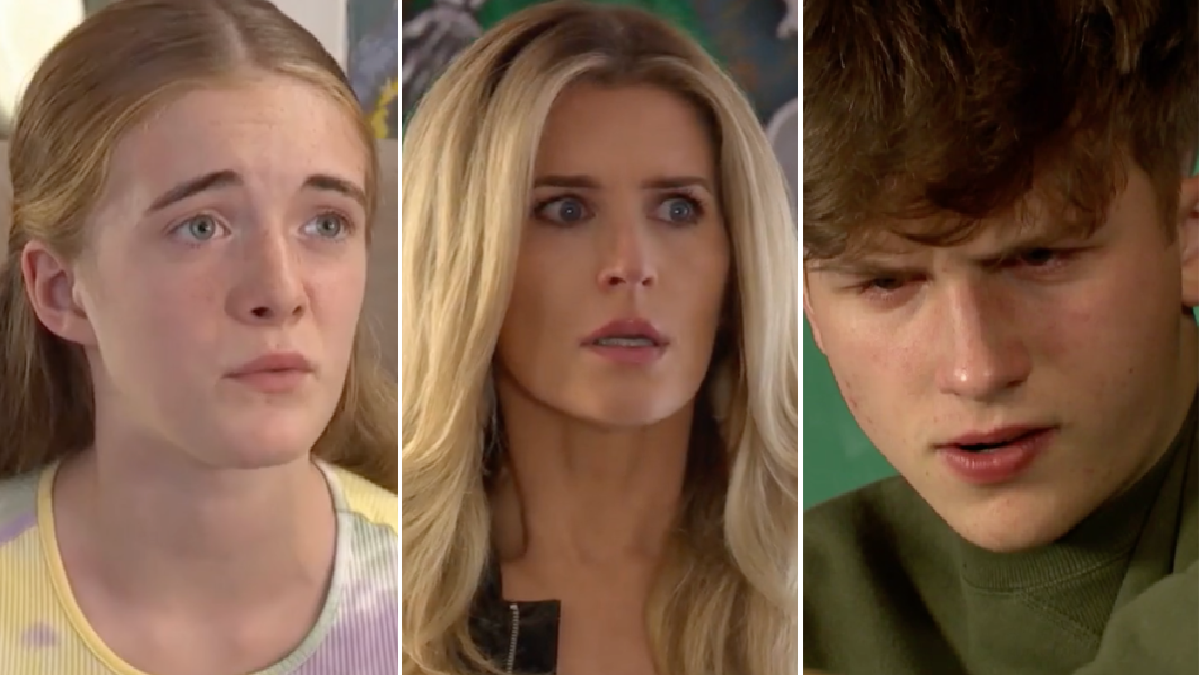 Mandy Richardson (Sarah Jayne Dunn) made a huge decision in Hollyoaks as she reported Charlie Dean (Charlie Behan) to the police for having sex with underage Ella (Erin Palmer).

The soap stalwart was told by Nancy Osborne (Jessica Fox) that Ella was a little out of sorts, and thus she suggested that she have a word with her during Thursday’s (October 28) E4 first-look edition of the Channel 4 soap.

Mandy was apprehensive, give that she and Ella weren’t really on speaking terms in the wake of her disappearance, but nonetheless she decided to take Nancy’s advice.

Ella was evidently worried about something, which left Mandy concerned, and thus she quizzed her daughter, pleading with her to open up about what was on her mind.

Eventually, Ella did just that, revealing that she thought she might be pregnant. Mandy was speechless, but stood by her daughter, giving her all the support she needed. After purchasing a pregnancy test, the mother and daughter duo awaited the results.

Mandy was relieved, as she discovered that – despite Ella’s fears – she was not pregnant.

Ella was similarly relieved, but she soon found herself being quizzed by Mandy, who wanted to know who she’d had sex with. It didn’t take her long to figure out that it was Charlie, which prompted some more questions.

Having had enough, Ella yelled that she ‘didn’t want any of this,’ a statement which left Mandy puzzled.

After a few more questions, Ella asked her mum to leave, but Mandy – worried for her daughter’s wellbeing – took drastic action, as she called PC Franks and reported Charlie for having underage sex with Ella.

Will this decision come back to haunt Mandy? How will Nancy and Darren (Ashley Taylor Dawson) react? What’s more, how will Ella?

Will Mandy’s attempt to protect her daughter alienate her even more?