The former Arsenal and England striker was made to stand facing the wall while Match of the Day was on in a punishment he likened to Guantanamo Bay. Ian said: “The wall was horrible. It was bloody freezing cold and at the time I was very asthmatic.

“The bed was up against the wall, so I was lying right next to it and my ears were being covered. It was a horrible, claustrophobic thing. I don’t like thinking about it.”

Wright’s biological father left when he was a toddler and he grew up on an estate in Lewisham, south-east London, with his brothers Morris and Nicky, their mother Nesta and an abusive stepfather.

Ian, 57, tells the latest issue of Radio Times, on sale today: “Every time I’m on and the music starts, I get a feeling, because that was pure cruelty. He did it just because he could. 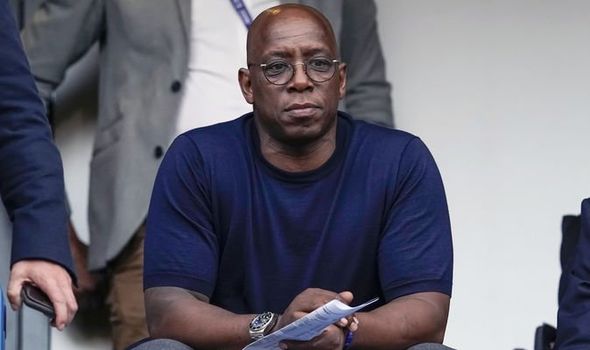 “In one way it’s empowering – look at how Match of the Day first came into my life and what I’m doing now.”

Ian has made a BBC documentary about domestic violence called Home Truths.

Some 1.6 million women have experienced domestic abuse in Britain and in 90 per cent of cases, children were present.