AUTUMNWATCH is back on the small screen for another series.

Chris Packham has been joined by his 25-year-old stepdaughter Megan McCubbin to help present the BBC nature programme, and viewers were very impressed with her presenting skills. 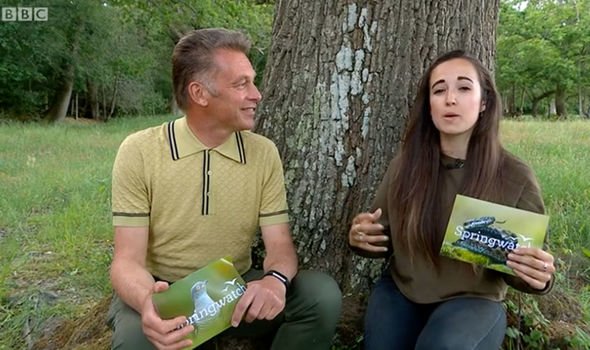 Regular host of Autumnwatch, Chris Packham, hosted another edition of the BBC nature show, talking about how wildlife has been thriving during the coronavirus pandemic.

The 59-year-old presenter has once again been joined by stepdaughter Megan, who has clearly been taking tips from her TV star stepdad.

The 25-year-old nature lover was a natural on screen and viewers took to social media earlier this year to express how impressed they were with her presenting talents.

One fan wrote on Twitter: “Blimey. Chris Packham’s stepdaughter is clearly a TV natural. A good addition to the #Springwatch team.”

Another viewer wrote: "Everyone else agree that @MeganMcCubbin absolutely smashed her slot on #Springwatch tonight?"

The pair who have been isolating together since the start of lockdown delighted fans with their on-screen chemistry and their shared love of the natural world. 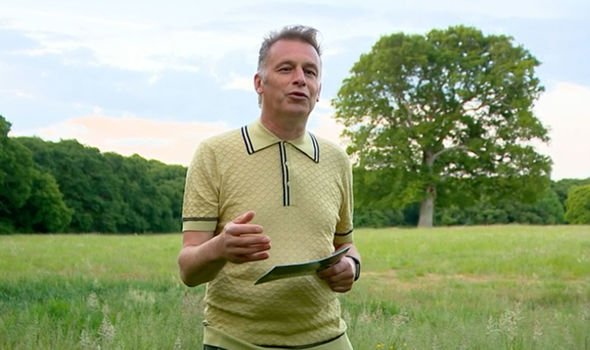 Megan already has her own fans, with plenty of positive comments on Twitter, including: "loving @MeganMcCubbin on #Springwatch. Utter pro. Her & @ChrisGPackham have a lovely rapport & he just looks really proud of her! Brilliant addition to the Springwatch family, @BBCSpringwatch"

Megan isn't new to the wildlife scene and is actually a zoologist and conservationist, with experience in TV presenting.

According to her professional website, Megan has a degree in zoology and is also a keen wildlife photographer. 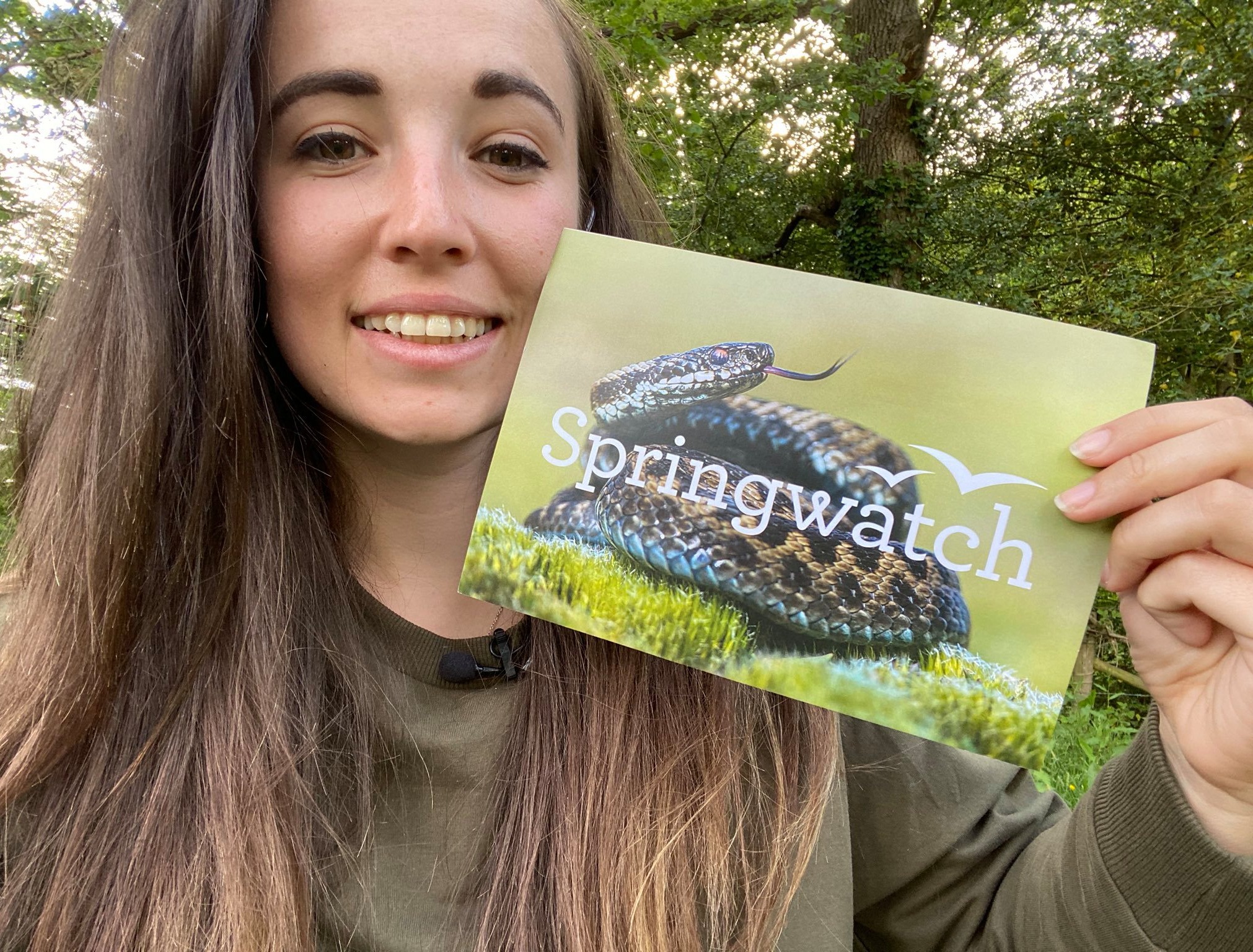 Her bio reads: "Megan is a passionate scientist with a particular interest in behaviour, evolution and the illegal wildlife trade.

"Her interest stems from a childhood growing up in and around the Isle of Wight Zoo, which specialises in the rescue and rehabilitation of ex-circus and pet trade animals."

In 2017, Megan presented Undercover Tourist: Inside the Illegal Bear Bile Market for BBC3 and has since forged her career in TV. 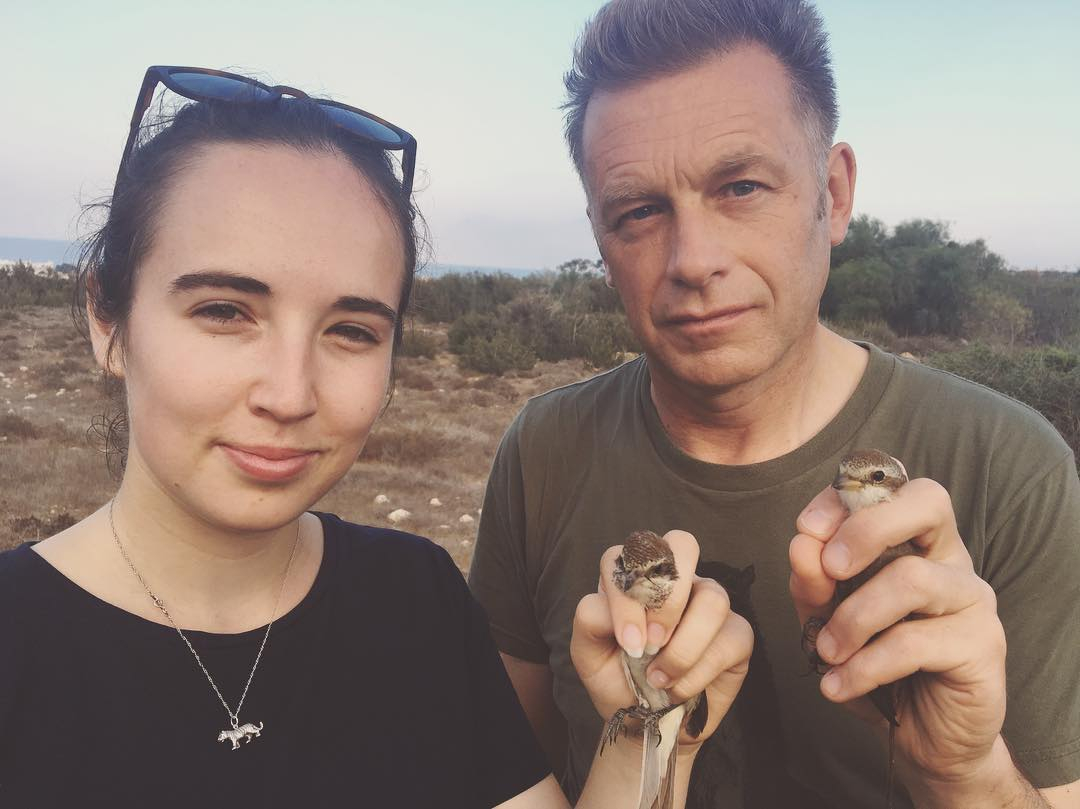 Megan first co-hosted Springwatch with stepdad Chris from their home in the New Forest where they have been isolating together since the start of the Covid-19 lockdown.

Chris introduced his new co-host on the BBC2 show, sharing: "Now I have been self-isolating in the forest for the past nine weeks with my stepdaughter Megan McCubbin.

"Here, a fine young zoologist has been helping me out with Self Isolation Bird Club, but hasn’t done very much washing up."

The father-daughter banter entertained fans as Megan teased: "You can identify 46 UK ladybirds, but you don’t know where the saucepan lives."

Zoologist Megan is the daughter of one of Chris’ previous partners, Jo.

She first met Chris when she was 18 months old and although her mum and Chris separated when she was 12, Megan has continued to enjoy a close relationship with her stepdad, often travelling with him on his wildlife trips around the globe.

Chris told What's on tv that she has been living with him at his home in Hampshire’s New Forest, since the start of lockdown.

He revealed: “Megan’s mother works for the NHS so Megs came here to self-isolate.”

The duo have already been broadcasting wildlife videos together on YouTube.

Chris said: “We’ve had over 5.5 million views over the last month for something that we are making with two mobile phones and some help from our colleague Fabian on a laptop in Norwich. It’s fantastic.”

Fans will be pleased to hear that Megan will be again joining Chris for more episodes of Springwatch for the current series.

Autumnwatch is on BBC Two at 8pm TONIGHT (January 26).