Yesterday, BBC director general Lord Tony Hall announced the total talent bill for the broadcaster had risen by £10million, a figure which left many angered.

With the salaries of the stars funded through licence fees paid by the British public, many have asked why the talent are being paid such figures when the BBC have decided to stop over 75s receiving licence fee benefits.

On today’s edition of Good Morning Britain, Piers claimed the public would lose trust in the broadcaster and the latest developments mark the “beginning of the end”.

Beginning of the end

“I genuinely think it could be the beginning of the end of the BBC,” Piers began.

“If they double down of this TV licence thing, if they tell 3.5 million pensioners we’re effectively going to risk imprisoning you if you don’t pay your licence whilst dishing out millions to their celebrity talent roster and their own executives.

“You watch what happened I’m telling you, it’s the beginning of the end for the BBC because once you lose public trust, then the public desire to help you by giving you money for what you do disappears.”

Later on in the programme, Piers and his co-host Susanna Reid, 48, were joined by political journalists Kevin Maguire and Andrew Pierce to discuss the backlash the BBC are receiving.

Susanna said: “What they [the BBC] promised to do was to take over the responsibility for it,” regarding the decision about the free licence fee for over-75s jointly implemented by the Conservative government and the BBC.

“That was the mistake because unless you’re going to continue to provide those free TV licences [for over 75s] they shouldn’t have agreed to it,” she continued. 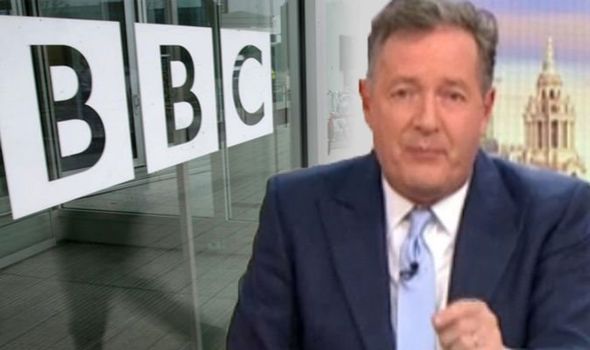 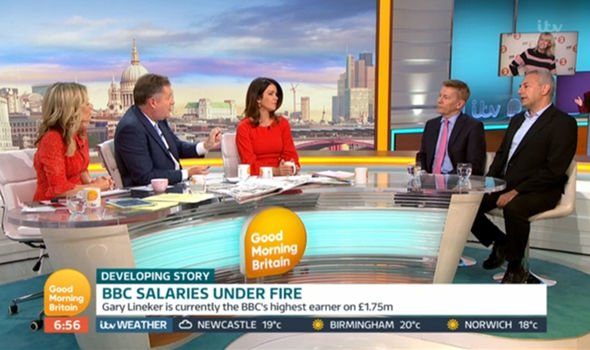 After Lord Hall declined Good Morning Britain’s invitation to discuss the issue, Andrew remarked: “The man who took that decision is a man called Tony Hall, Lord Hall. Where is he?

“He is the one with a load of un-named executives who’ve taken this decision, the number of executive on over 150,000 a year has scored at the BBC, let’s not forget that.

“There are hundreds of them. This is a BBC screw up,” he continued.

In another rant about the issue regarding salaries and the licence fee debate, Pier said: “The BBC took on the responsibility.

“He’s [Lord Hall] the one ducking the show this morning because he basically knows he’s indefensible. I get why many viewers would see these salaries as repulsive.” 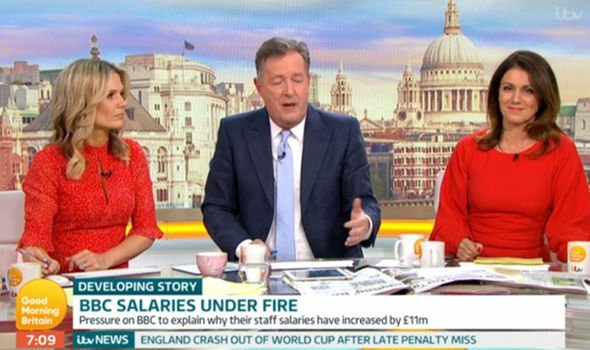 Referring to the salary increase specifically, Piers added: “It’s when the public pay for it, there’s an extra responsibility.

“They [the BBC] are the ones who took the decision. If I were Gary Lineker, I would call their bluff. I would attack the decision to take the tv licenses away from the over 75s.”

In a blog defending the decision by the BBC to increase salaries, Lord Hall wrote: “They would earn significantly more elsewhere – and recent departures to commercial rivals show this argument isn’t hollow.

“The simple truth is we have spent more than ever on content, but the amount we have spent proportionally on talent has come down.

“But more importantly, whenever we ask the public whether they want big stars on the BBC they say yes. They say yes because they are talented and entertaining. They also say yes as it means they are getting big value from the BBC.”

Good Morning Britain airs weekdays at 6am on ITV.