On today’s James Martin’s Saturday Morning, James was joined by Good Morning Britain star Charlotte Hawkins to cook up some delicious-looking dishes. However, while the ITV chef tends to rustle up recipes from his own back catalogue, today he cooked up a treat inspired by the late Antonio Carluccio. And with the food bearing fond memories of his former mentor, James delved into a poignant moment he shared with Antonio before his death.

As the show neared its end, James’ final offering was a stunning prosciutto-stuffed lamb dish.

Complete with rosemary and fontina cheese, it’s no wonder both James and Charlotte were left in awe at the mouth-watering creation.

Introducing the meal, James began: “I thought for this dish, it’s kind of like a celebration really. A celebration of your album which we’re going to get onto in a second,

“(But) a celebration because I looked at the date of this and it’s got to be 15 years I’ve been doing Saturday mornings, and the very first dish I ever did with the very first chef I ever did was the late, great Antonio Carluccio.” 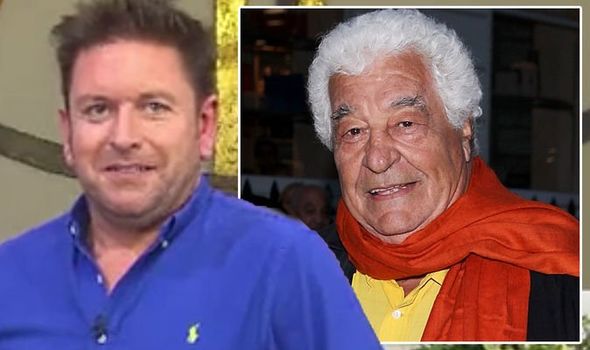 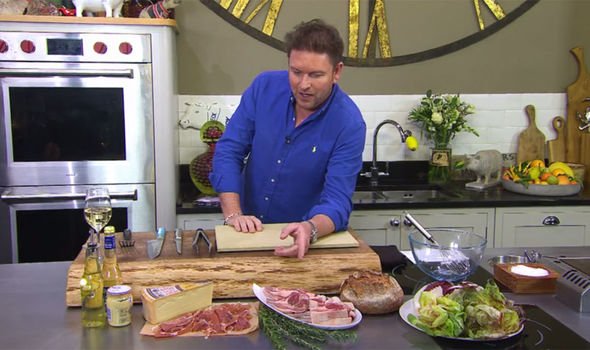 “He did this dish,” James added, as he delved into the memory bank for Charlotte’s final treat.

James went on to reveal how the recipe comes from Antonio himself and remains one of his favourite lamb dishes to this day.

And Charlotte certainly echoed James’ fondness of the creation, tucking in once the TV chef had finished cooking.

But as the two got stuck in, James shared a poignant memory of the late chef and how he reassured him ahead of their first TV appearance together. 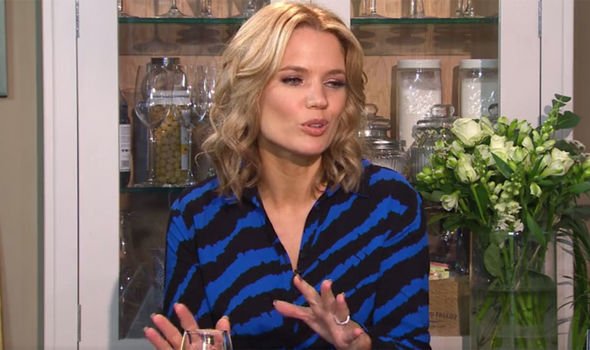 “That is phenomenal,” Charlotte praised before adding: “I love that it’s got this secret memory.”

James replied: “It’s a bit like your music brings you back memories,

“This is the same for me,” he added. “My first ever appearance doing a Saturday show live -“

James mimicked how he was shaking with apprehension before he continued.

James said: “Carluccio just came across, he put his hand on my arm.

With the sentimental value evident for all to see, Charlotte replied: “And he was right.

“You have been alright, haven’t you?” she cheekily asked, to which James said: “It’s been alright.”

The sweet trip down memory lane comes following Antonio’s death back in 2017.

Aged 80, the world-renowned chef died on November 8 in London.

He remains one of the world’s best-known and well-respected chefs for his decades of service in the world of food.