Keanu prepares for war with Phil in EastEnders – after kissing Sharon 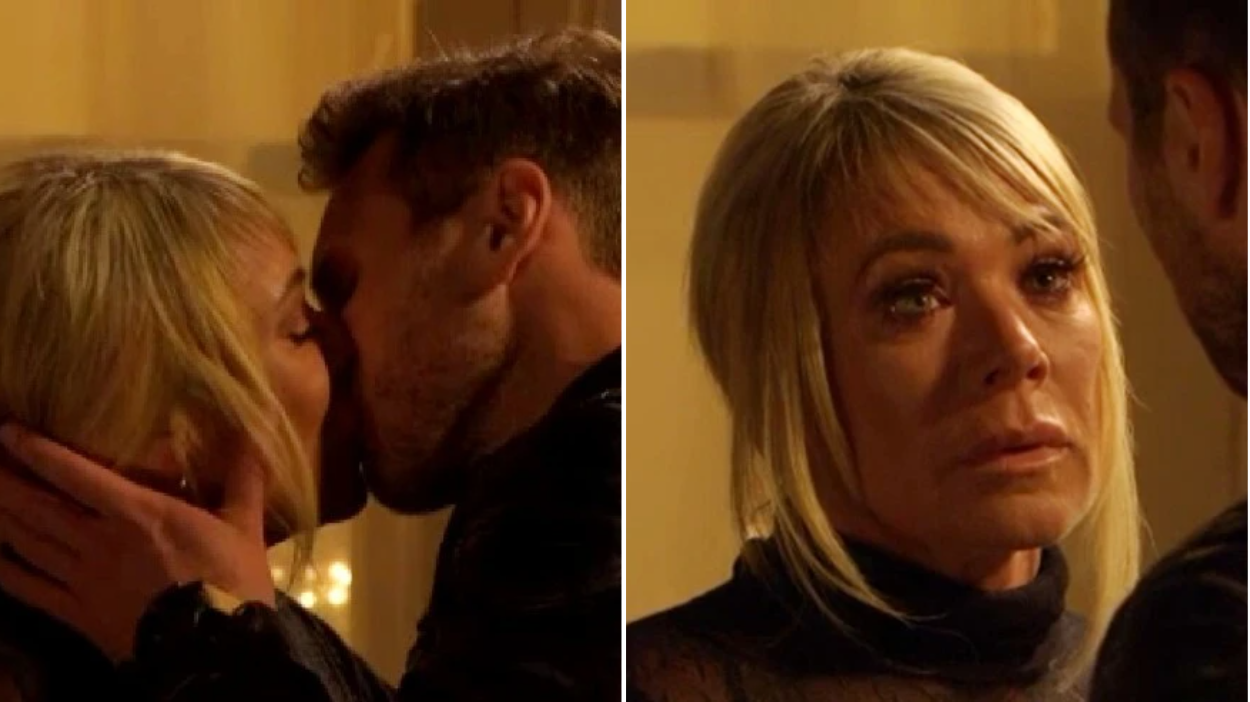 Keanu Taylor (Danny Walters) has put his life at risk by telling Phil Mitchell (Steve McFadden) that he wants to get back with Sharon Watts (Letitia Dean) in EastEnders.

Yes, Phil Mitchell – the person Sharon was married to when she had the affair.

Why did he tell him? A question we’re struggling to find the answer to.

After Keanu dropped the bombshell, Phil destroyed their latest plan, which has seen them work together to try and bring down bent copper Keeble.

Phil told Keanu that if he’s still in Walford after New Year’s, he’s a dead man.

Given their past together, Keanu wasn’t taking any chances and packed a bag during tonight’s episode of the BBC One soap, also breaking the news to Karen (Lorraine Stanley) that he’s leaving – again.

On his way out, Keanu couldn’t resist popping by Sharon’s.

We know that, as well as working with Phil, Keanu also made his way back to Albert Square in the hope of building a relationship with his son, Albie – something Sharon said won’t ever happen if he continues to step in and out of the young boy’s life.

The chemistry building, Sharon and Keanu shared a kiss.

Meeting up with Keeble, it seemed as though Keanu’s plans had changed quite dramatically.

‘I’ve been lying to you’, he told the detective, but what is Keanu about to reveal?

Is he planning on telling Keeble everything and running away after?

Or is he going to hang around in Walford, go to war with Phil, and do his best to get back with Sharon?