KOURTNEY Kardashian nearly popped out of her tight see-through dress on her New York City date with her boyfriend Travis Barker.

Kourtney, 42, and  Travis, 45, were spotted as they took a romantic stroll together in the Big Apple. 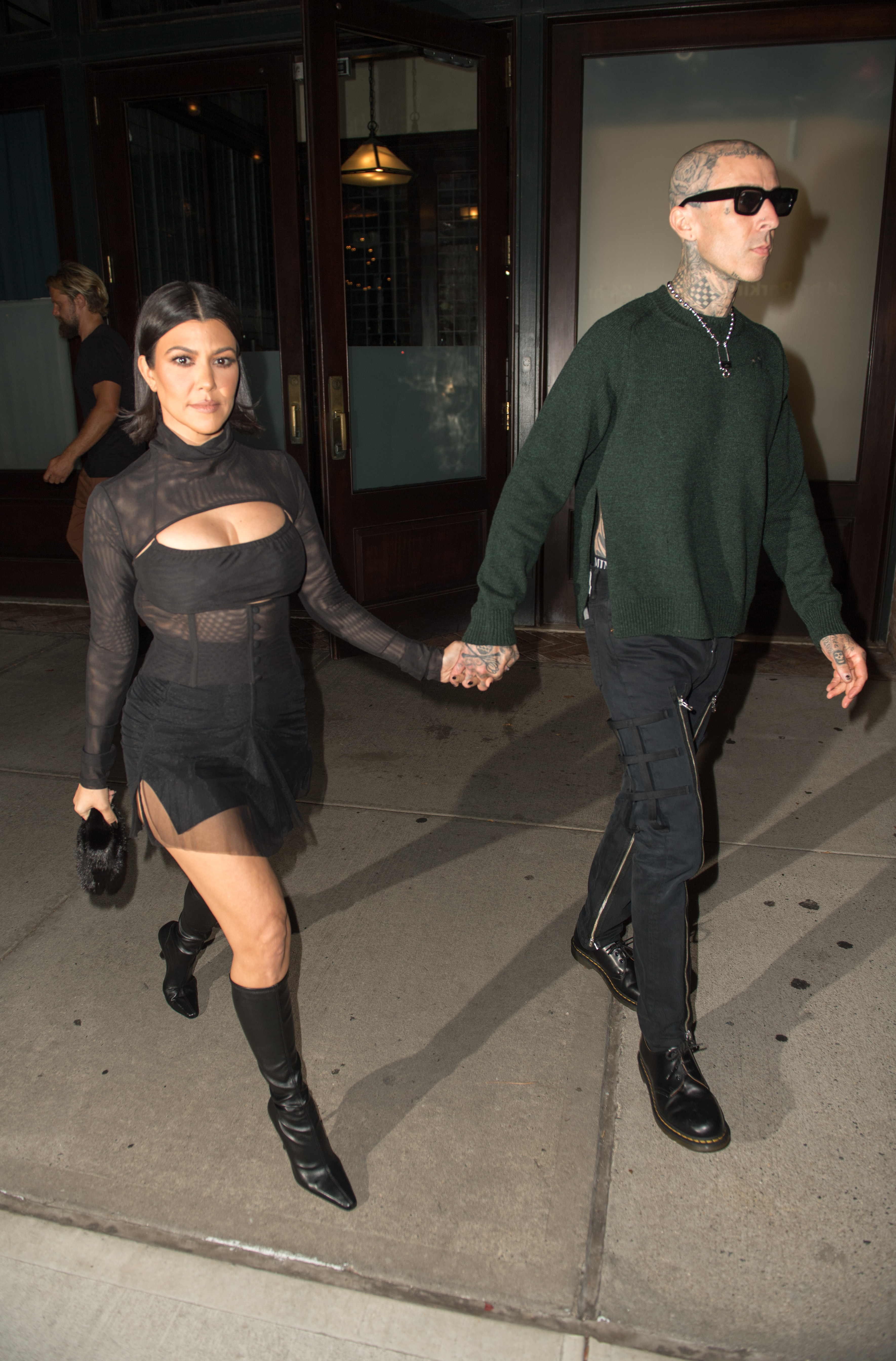 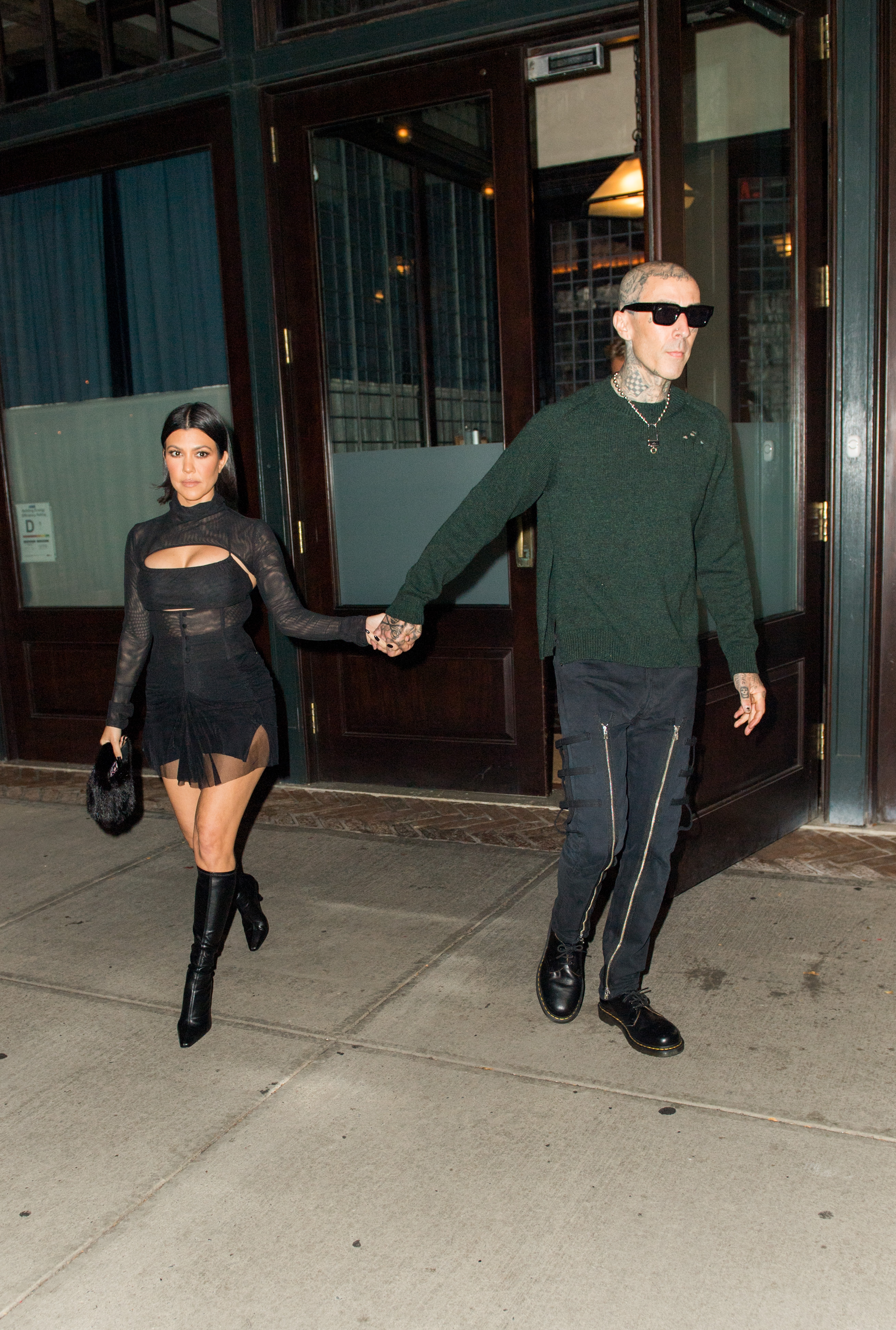 The Keeping Up With The Kardashians star was heading out to Zero Bond for dinner with the Blink-182 drummer.

Dressed in a leathery see-through outfit, the reality star walked around in high leather boots.

Her top was tight enough to make it look like her boobs were popping off.

The rock star wore a long-sleeved sweater and black leather pants, which were zipped up on the sides.

Travis kept his eyes covered with his shades.

The two kept the romantic vibes going as they continued to hold each other's hands.

Recently, the reality star couple was out together on another date in the city that never sleeps.

She stunned in the tiny snakeskin dress and had a black belt around her tiny waist.

The rock star matched with his girlfriend as he wore tight black pants, a black tank top, and black boots.

He also had a silver spiked necklace around his collar.

As the two have become inseparable since February, fans have speculated that she is expecting a child with her boyfriend.

Fans suspected that she might be pregnant when Kourtney shared a post about gaining weight "not because of food."

Others noticed the TV personality has been wearing loose clothes, given up eating meat and fish, and stopped drinking alcohol.

Kourtney managed to add fuel to the fire when she and Megan Fox, 35, referred to their boyfriends, Travis and Machine Gun Kelly, 32, as their “future baby daddies" while attending the MTV Video Music Awards.

She then added to the baby speculation when she received a delivery from Buy Buy Baby.

Additionally, Travis is a father to Alabama, 15, and Landon, 17, with his ex-wife Shanna Moakler.

THE TRIP TO DISNEYLAND

Meanwhile, fans have also been slamming their public display of affection in a video at Disneyland.

Fans have commented that they are “tired” of their raunchy relationship in reaction to the new clip.

In the vid, the couple kissed as they swayed back and forth as Kourtney had her arms wrapped around the musician’s neck.

Travis captioned the clip: “I want your skull."