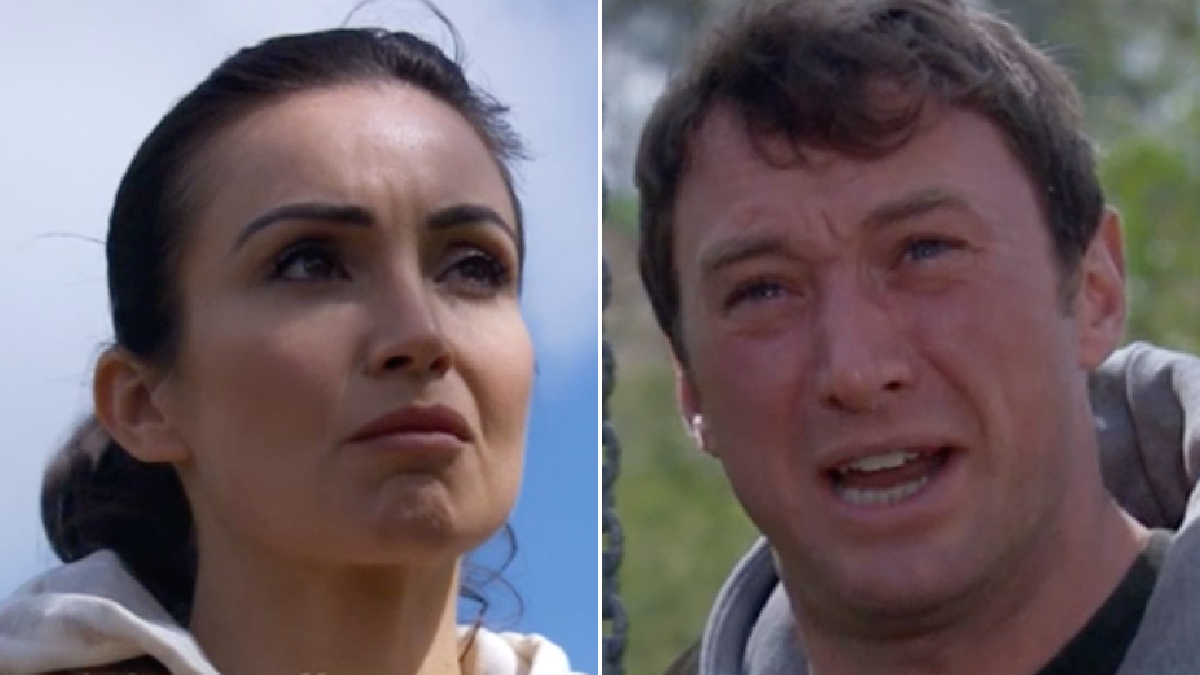 Emmerdale’s Liam Cavanagh (Jonny McPherson) has been lashing out at all those closest to him in the wake of Leanna’s (Mimi Slinger) death, with wife Leyla (Roxy Shahidi) receiving the worst of his anger.

The grieving dad has been struggling to process news of his daughter’s demise, and in spite of Leyla’s support, he’s made it quite clear that he wants to be left on his own.

Leyla, however, is incredibly worried about him, and therefore she’s refused to leave him be.

The first of tonight’s two instalments saw the popular character try once again to get through to her husband, but her efforts backfired in a huge way.

Liam once again lashed out, berating Leyla for ignoring his wishes.

‘You don’t listen!,’ he said, ‘I’ve asked you for space, but you keep crowding me, and stressing me out!’

Leyla reiterated that she’s just trying to support him, but Liam was having none of it.

Liam bluntly told her that he wants Leanna back, before informing her that he would trade his daughter for her in a heartbeat.

Leyla subsequently broke down in tears, and Bernice Blackstock (Samantha Giles), next door in the salon, overheard her crying.

The two women bonded, as Bernice offered Leyla some advice, telling her that she’s doing a fine job of supporting her beau in his time of need.

Liam subsequently apologised to Leyla for his cruel words, but reiterated that he wants to be left alone, encouraging her to spend some time with Jacob Gallagher (Joe-Warren Plant).