Like Emmerdale's Faith, my dying mum and husband decided to take their own lives 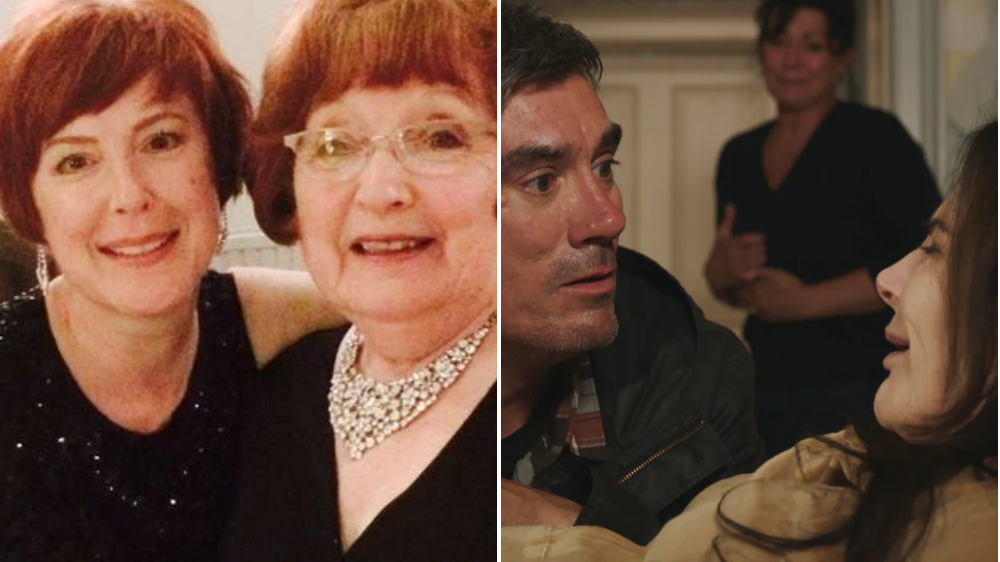 Emmerdale’s Faith Dingle has decided to end her own life while dying of breast cancer. For me, this isn’t just a dramatic plot in a show watched by millions; it’s real life.

Faith says she wants to remain herself to the end, determined not to let cancer take that away from her bit by bit. She’s in pain and growing weaker by the day. She doesn’t want to leave her family with traumatic memories of her final days.

Her words struck a chord with me, as my mother and husband both made the same agonising choice while dying of cancer.

Both would have chosen the option of assisted dying if it had been legal, but they were let down by the law, which denies terminally ill people the right to die on their own terms.

My mum Judith was diagnosed with skin cancer in 2018, which started in her heel and spread to her groin and brain. She said from the beginning that she didn’t want to die in pain. In the last days of her life the lesion on her heel had begun to smell, and she told me: ‘I smell like death’.

Like Faith, taking control of her end helped her deal with what was happening to her. Knowing she had planned a way out of her suffering was important to her.

But she shouldn’t have had to do so in secret, left to die on her own without medical support. If she’d had a safe, legal option, things could have ended much more peacefully for her.

Her first attempt to take her own life was in her garden, which as a retired florist was a special place for her. But the calm, swift death she envisaged did not come.

She was still alive when I found her, and while I wanted to respect her wishes, I was terrified that my inaction could be considered assisting a suicide, which is punishable by up to 14 years in prison.

As the day grew colder, I wanted her to be comfortable, so I called 999 hoping paramedics would help me move her inside. Even though her wishes were clearly documented and she had appointed me Lasting Power of Attorney, they wanted to take her to hospital and it took hours of back-and-forth to convince them to let her stay at home.

But in the end, she woke up without their interventions.

She experienced another month of unbearable pain and constant vomiting so it was no surprise to me that she tried again, and this time her attempt worked.

After calling an ambulance I was questioned by the police for hours, which was torture. It felt so unnecessary and unfair – her wishes had been clear.

I felt like a criminal after she died, I was under so much stress worrying that I’d get in trouble that I lost a stone in weight.

Just eleven months later, our family was devastated yet again, this time by the news that my husband Andrew had colon cancer.

Seeing what my Mum had gone through made him want to take control too. He told me that if the pain got too much he didn’t want to carry on. From the start, he had a plan.

In his final days, his whole body had swelled up, and he was unable to do anything without my help.

On the day he died, we had glasses of champagne as we said our goodbyes. I remember him telling me that I looked beautiful in the cocktail dress I had worn for our final moments together.

He was a dentist so he knew the right amount of drugs to take to end his own life. I held his hands as he slipped away after taking his own life. Andrew got the peaceful death he wanted, but not in the way it should have happened.

I was devastated to lose my mother and my husband, but I fully supported their choices. I just wish that assisted dying had been legalised in time for them.

My story is not unique. Families right across the country face the same pain when a terminally ill loved one takes their own life, as up to 650 do every year under the ban on assisted dying.

We can no longer claim this issue is taboo when it’s being beamed into our living rooms each night, and when so many dying people and their loved ones are suffering. Parliament must make time for assisted dying to be properly debated, so that we can at last banish these stories to the realms of fiction.