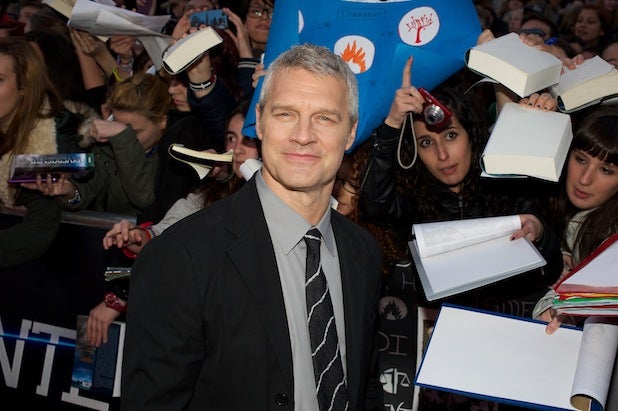 Lionsgate has acquired the U.S. rights to “Voyagers,” a sci-fi thriller from director Neil Burger that stars Colin Farrell and Tye Sheridan, the studio announced on Friday.

“Voyagers,” which is described as “Lord of the Flies” for a new generation, is produced by AGC Studios and Thunder Road, and it is Burger’s follow-up to “The Upside,” the remake of “The Intouchables” that hit No. 1 at the box office earlier this year for STX Entertainment.

Rounding out the cast of “Voyagers” are Fionn Whitehead, Lily-Rose Depp, Isaac Hempstead Wright and Chanté Adams. Lionsgate also announced Friday that Viveik Kalra, Quintessa Swindell, Archie Madekwe and Archie Renaux will also be joining the cast of the film. Production began this week in Romania.

Set in the near future, the film chronicles the odyssey of 30 young men and women who are sent deep into space on a multi-generational mission in search of a new home. The mission descends into madness as the crew reverts to its most primal state, not knowing if the real threat they face is what’s outside the ship or who they’re becoming inside it.

Burger is directing from his own script and is also producing on behalf of his Nota Bene Productions banner. Thunder Road’s Basil Iwanyk and Brendon Boyea are also producing.

AGC is fully financing “Voyagers” in partnership with AGC investors Fibonacci Films, Ingenious Media, and Aperture Media. Stuart Ford and Greg Shapiro are on board as executive producers, as are Fibonacci’s Greg Clark and Victoria Hill.

“Acquiring US rights to ‘Voyagers’ was an easy decision for us,” Jason Constantine, Lionsgate president of acquisitions and co-productions said in a statement. “We have worked with Neil Burger very successfully and he will without a doubt create an experience with ‘Voyagers’ as a sophisticated and stylish event sci-fi thriller. Paired with the amazing producing team behind ‘John Wick: Chapter 3 – Parabellum,’ and this outstanding cast of our industry’s most talented young actors, this package had everything we were looking for that made us excited and eager to jump on board. ‘Voyagers’ is a unique opportunity to present an elevated horror film with deep and complex morality themes.”

“We are thrilled that the talented team at Lionsgate will be distributing ‘Voyagers’ for us in the United States,” Ford, AGC’s chairman and CEO said in a statement. “They are simply extraordinary as partners and I could not have more confidence in Joe Drake and their marketing group led by Damon Wolf.”

Burger is the director of “Limitless,” “The Illusionist” and “Divergent.” “The Upside” brought in $122.7 million at the global box office on a budget of $37.5 million.