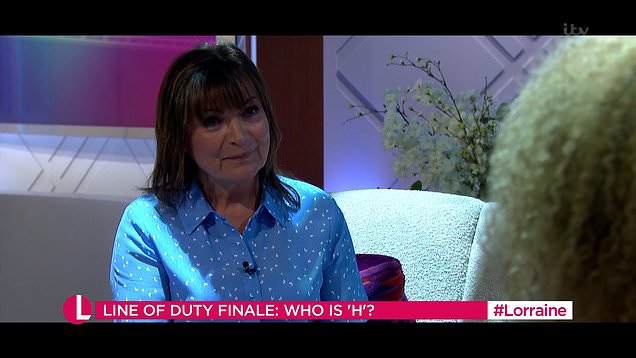 Lorraine Kelly teased that if Ted Hastings (Adrian Dunbar) ends up being the elusive H in the Line Of Duty series six finale she will ‘never talk to anyone again’.

So far the fictional AC-12 unit in the BBC One police drama hasn’t been able to track down the mystery villain at the heart of the series – even though we do have a lot of theories.

Ever since the series three finale, when a dying Dot Cottan (Craig Parkinson) blinked out a clue directing Kate Fleming (Vicky McClure) to a mysterious bent copper nicknamed H, Fleming, Steve Arnott (Martin Compston) and Ted have been on the hunt.

After initially believing H was the initial of the person working with the OCG, AC-12 realised that Dot tapped his fingers four times during his dying declaration, leading them to believe they were looking for a ‘Fourth Man’ in addition to Dot, Derek Hilton and Jill Biggeloe.

Speaking with entertainment reporter Ria Hebden on her morning show today, Lorraine explained that she would be devastated if it turned out to be Ted.

‘Stop it right now. I’m not having it,’ she said when Ria suggested it could be him. 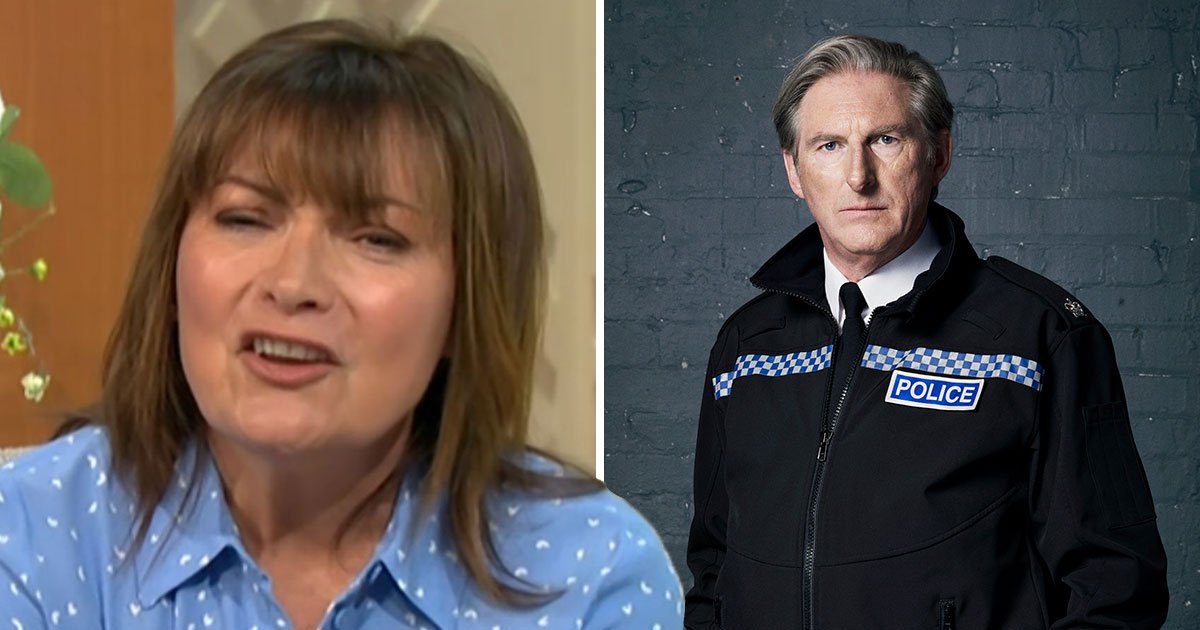 ‘I’m sorry we’re in the middle of the pandemic. If it’s Ted that’ll be the final straw.

The presenter revealed that she thinks H is instead Marcus Thurlwell (James Nesbitt).

‘I think it has to be James Nesbitt. He’s been a still and that’s all,’ Lorraine explained.

‘We never saw him close up, he could be alive. Would you hire a really famous person and just not have him [on the show]?’

Speaking about other characters who could potentially be H, she said Patricia Carmichael (Anna Maxwell Martin) was ‘so awful, in such a good way’ and Philip Osborne (Owen Teale) is ‘well dodgy’.

This week is the final instalment of series seven and there is a lot left to be wrapped up, such as Steve Arnott’s (Martin Compston) looming drug test, speculation surrounding Ted being a bent copper.

Discussing the final on the Shrine of Duty podcast, Martin suggested Line of Duty could be ending for good as the BBC is yet to confirm a series seven.

‘We’re in a situation where it’s not entirely clear that there will be a seventh series,’ he explained.

‘It’s different elements this year, because we have to look it in terms of, do people want us back? You don’t want to overdo it. 10 years in you start to think of legacy, and if it goes down that well it might be the perfect ending.

‘But then we might go another couple of months and… what I will say is we won’t do one just for the sake of doing it.’

We’ll have to wait for Sunday’s episode to find out once and for all who H really is.

The Line of Duty series six finale airs on BBC One this Sunday at 9pm.

Lorraine continues on weekday mornings, at 9am, on ITV.