Nine and a half months after all Hollywood production was shut down at the onset of the coronavirus pandemic in the U.S., filming in Los Angeles once again is at a standstill.

Film and TV production has been exempt from Covid restrictions and continued after current new stay-at-home order was instituted in early December. But, amid an unprecedented surge in coronavirus infections and Covid-19 deaths in LA County, the vast majority of TV studios and streamers have postponed January production for one or more weeks. 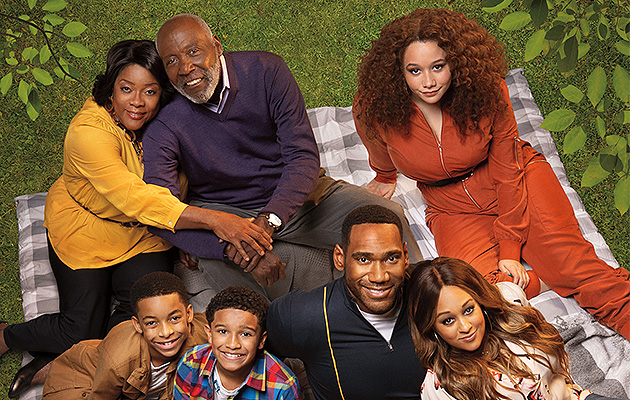 Like its traditional media counterparts, Netflix also has hit the pause button on its Los Angeles-based productions, which had been slated to start filming this week, until at least mid-January. That includes the upcoming limited series True Story, starring Kevin Hart and Wesley Snipes, as well as sitcom Family Reunion, which has been taping its second season without live audience at Paramount Studios – Gower.

While Netflix’s move is coming to light today, the streamer had been working on the decision over the last couple of weeks. Last month, Netflix pushed the start of production of The Gray Man, its biggest-budget tentpole movie to date starring Ryan Gosling and Chris Evans, from mid-January to at least end of January due to the rising number of Covid cases. Ava DuVernay’s limited series Colin In Black In White, which is not scheduled to begin shooting until mid-January, remains on track, for now.

Other studios which have extended the production hiatuses of their LA series or have delayed January start of production include CBS Studios, Warner Bros. TV, Universal TV, Sony Pictures TV, Lionsgate TV and Disney TV Studios’ ABC Signature and 20th Television. To do so, producers had been reviewing the logistics involved, including talent availability and whether cast and crew would be paid for the additional idle days.

The studios are responding to an appeal by the Los Angeles County Department of Public Health which last week urged the film and TV industry to consider pausing production for a few weeks during the ongoing surge in coronavirus cases throughout the county. Additionally, SAG-AFTRA and the Producers Guild yesterday recommended that on-set commercial production be temporarily shuttered in Southern California because of the surge, effective immediately.

“Southern California hospitals are facing a crisis the likes of which we have never seen before,” said SAG-AFTRA President Gabrielle Carteris. “Patients are dying in ambulances waiting for treatment because hospital emergency rooms are overwhelmed. This is not a safe environment for in-person production right now.”

Over the weekend, LA County surpassed 800,000 total coronavirus cases – with nearly half of the cases being reported in the last month. Community transmission rate is so high that 21% of all Covid tests come back positive.

According to the LA County health department, the current 7-day average of daily cases is about 15,000, making for grim projections — the number of Covid patients hospitalized will likely rise from the roughly 7,600 now to as high as 9,000 a day in two weeks and we could see weekly death tolls of 1000 or more. With the county’s ICU capacity at 0%, the regional stay-at-home order for Southern California was extended last week to Jan. 16.

With strict Covid safety protocols and rigorous testing, TV series have successfully produced new episodes during the pandemic. But, with the massive new wave of infections sweeping the U.S. with California emerging as the epicenter, the number of Covid outbreaks on active productions was on the rise before all shows went on a holiday break by mid-December. Family Reunion was among the series that recorded positive Covid tests a month ago but remained in production.