LOVE Island fans think they have spotted a mystery person behind the villa window in a bizarre filming blunder.

In the blink-or-you'll-miss-it moment, the camera pans to feel someone behind the black-tinted windows where the cameras are. 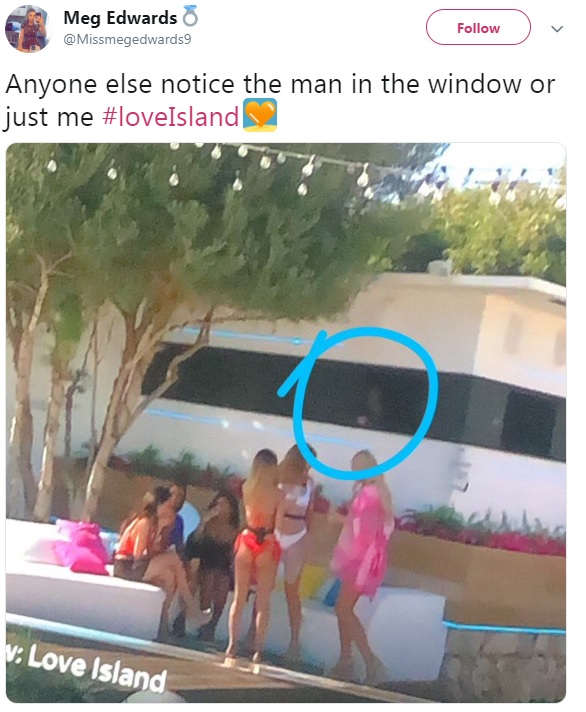 The face is seen looking out at the new girls in the villa as they wait for the boys to arrive back from their lads' day out.

One fan said: "Anyone else notice the man in the window or just me #loveIsland."

Although very hard to spot with the naked eye, if true it could be a member of the production crew.

It was seen during Friday night's dramatic episode, which saw the girls move to Casa Amor to spend a few days with six new hunks. 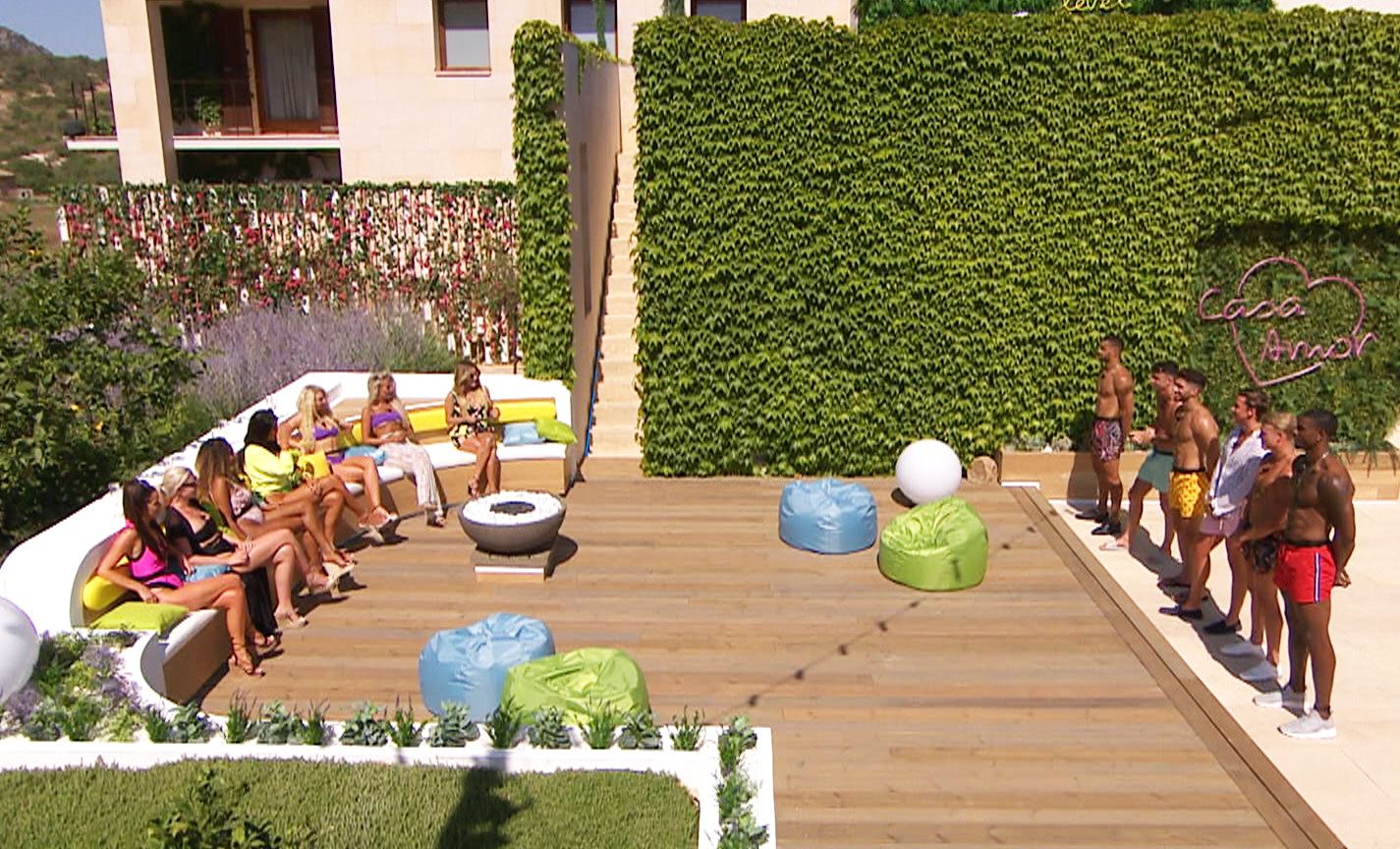 Anna has already had her head turned by basketball player Ovie and will tonight share a kiss with him behind Jordan's back.

Meanwhile back in the original villa, the girls set their sights on the boys – whether they are coupled up or not.

Some of them even admitted having a plan to split Amber and Michael up – saying that she is "suffocating" and Michael "needs a woman, not a girl". 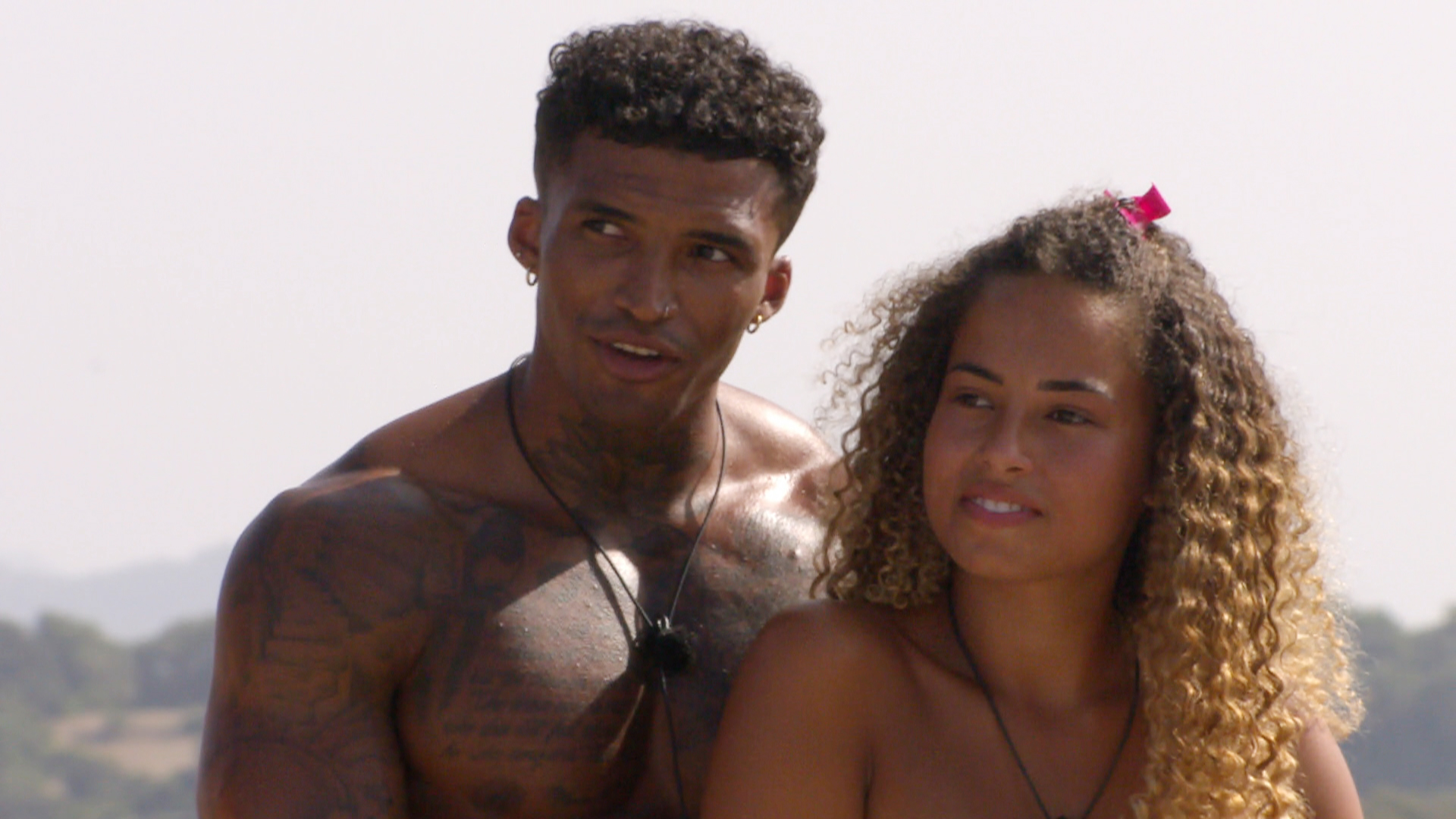 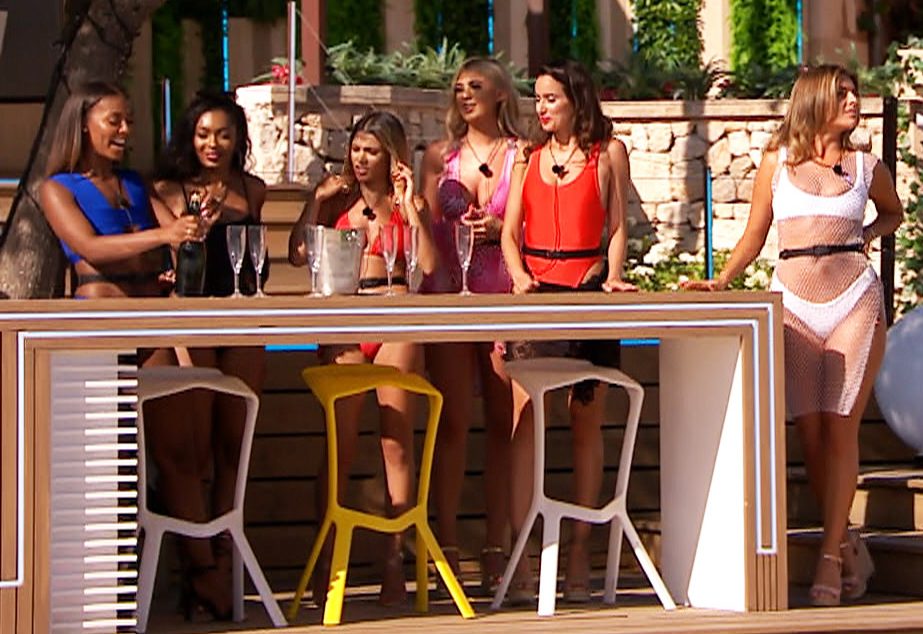 Fireworks are expected during tonight's show as unlucky in love Anton finally gets the chance to couple up with someone.

All the single girls have admitted to fancying him, but one in particular appears to have caught his eye as he's seen snogging her in a teaser clip.