LOVE Island champions Amber Gill and Greg O'Shea won after a boycott over "fake" Molly-Mae and are now set to become millionaires within months.

The couple were crowned winners in a shock result last night after less than two weeks together. 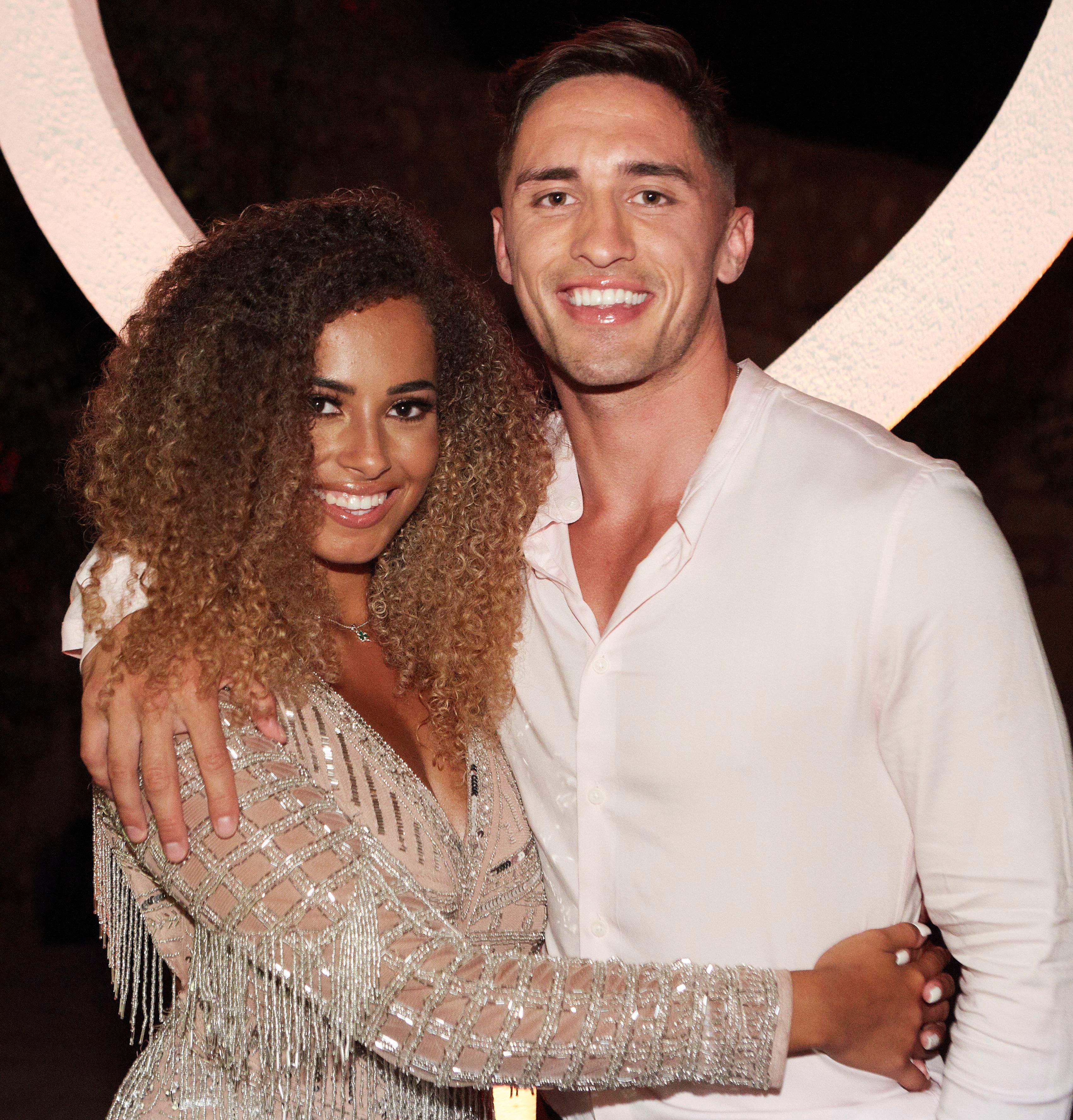 Original Islander Amber, 21, became a fan favourite after being cruelly dumped by love rat Michael Griffiths before being touched by the luck of the Irish when 24-year-old Greg arrived.

It helped that viewers were turned off by social media influencer Molly-Mae over her "fake" tears and soppy relationship with boxer Tommy.

Fans launched a campaign to stop the pair from winning the show – despite being the only official couple left in the villa.

It certainly paid off for beautician Amber and rugby player Greg who will now become millionaires by Christmas, with Amber likely to bag a £250,000 clothing line deal this week. 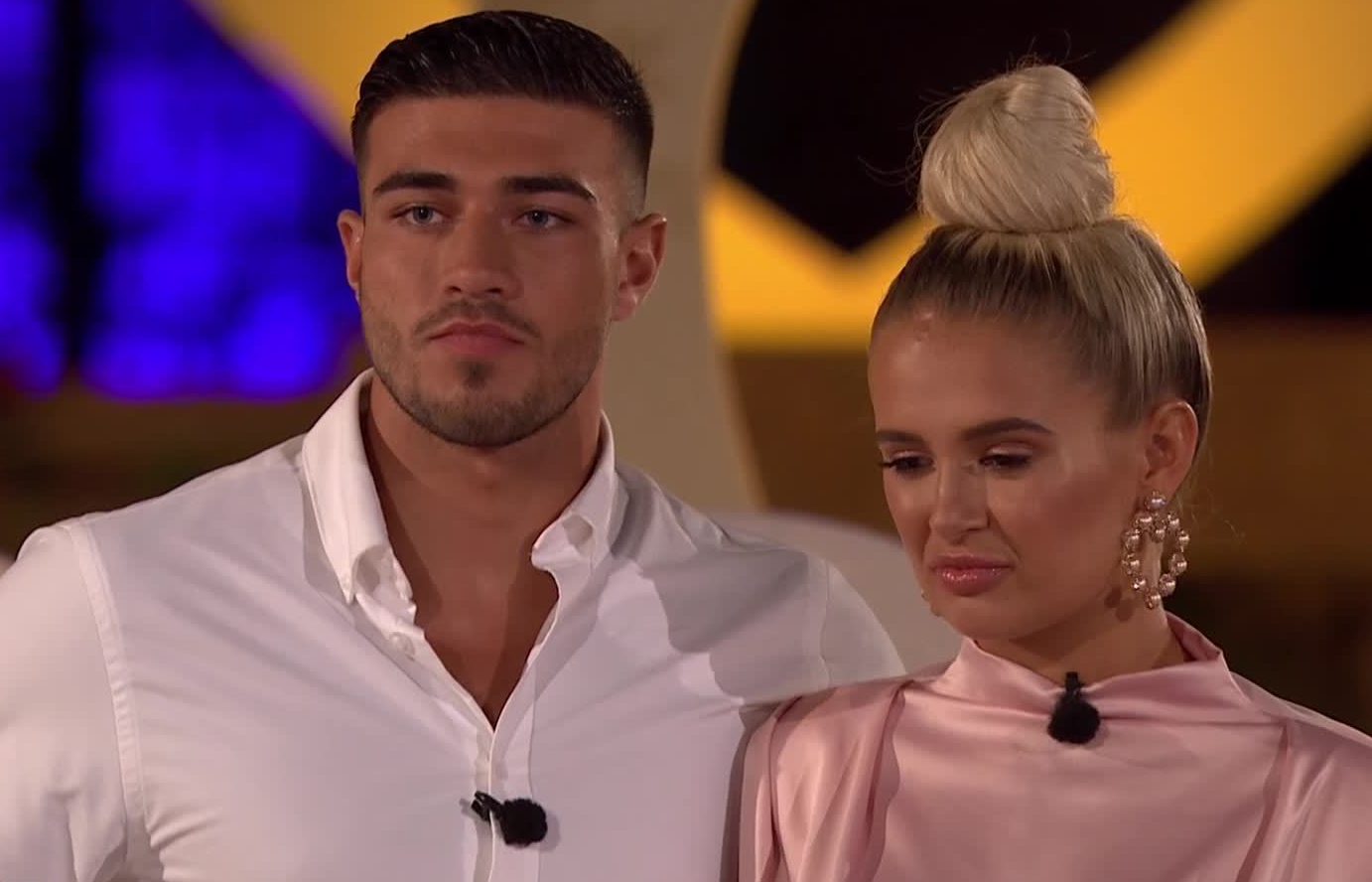 Telling The Sun Online they're going to rake it in over the next few months, a top industry insider said: "Amber is the stand-out star of the series.

"She'll sign a £250,000 clothing line deal within the week. After that she'll have hair and make up brands banging down her door wanting her to be their new face.

"Amber is a strong, independent woman and represents everything that big brand companies are looking for right now.

"She will definitely be a millionaire within six months.

"With Greg it's harder to tell as he's so new onto the scene, but if he sticks with Amber he will reap the rewards and make a fortune." 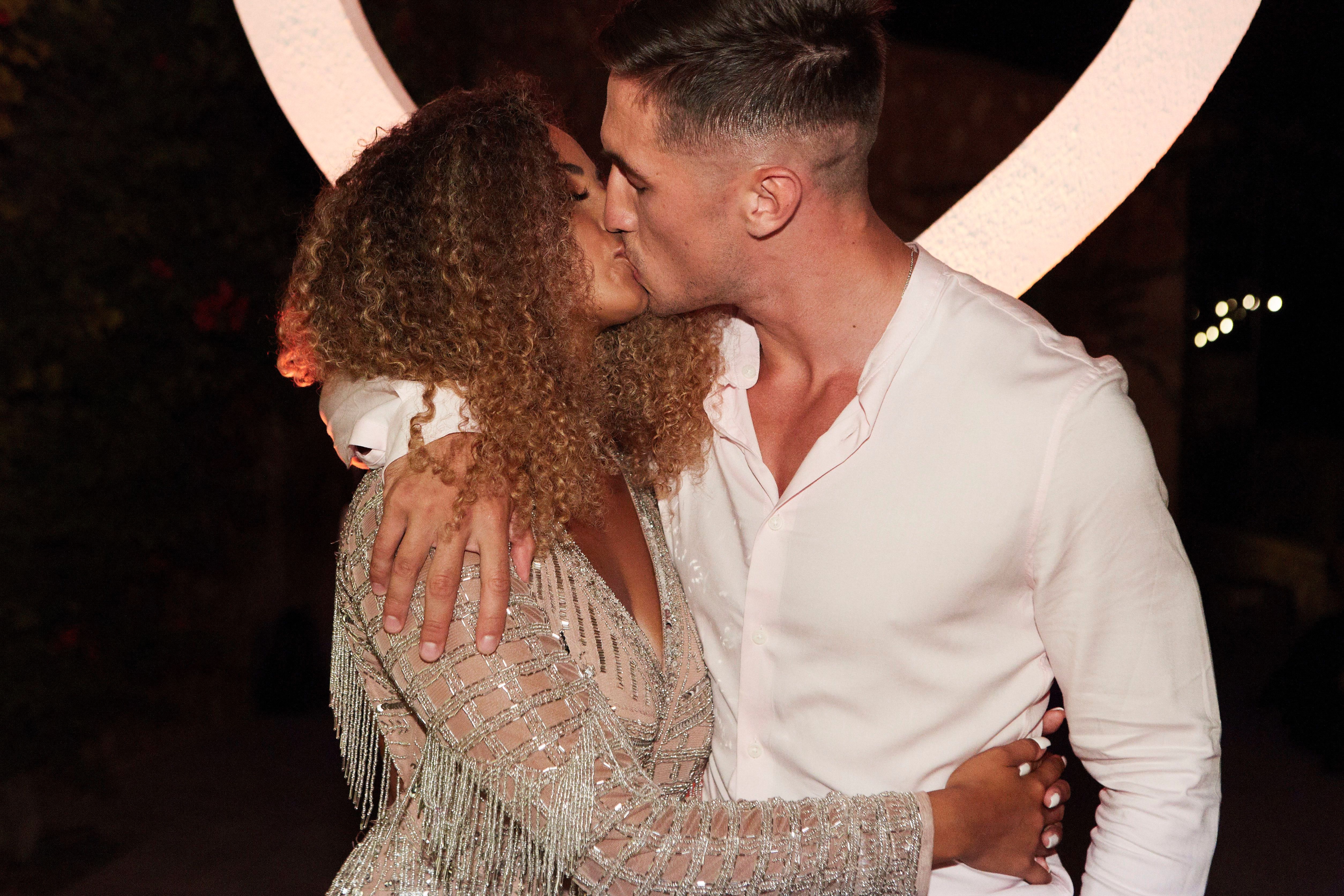 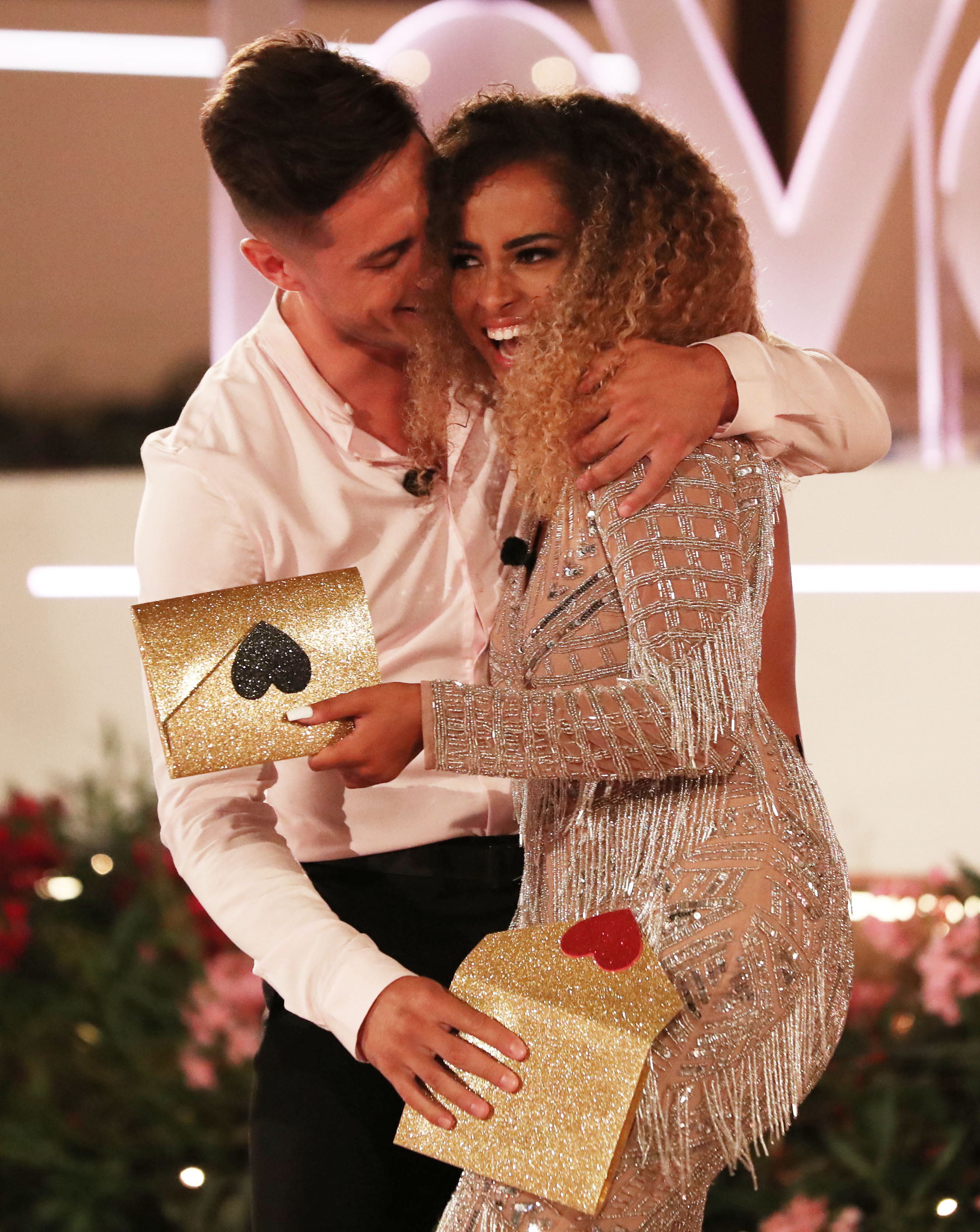 Before the result one viewer said: "Hey guys it's really really important we all vote for Greg and Amber to ensure Molly and Tommy don't win.

"We need to vote tactically! Ovie isn't expecting to win anyway, he was really chuffed when the public kept him in. Let's do it for Amber!#LoveIsland.” 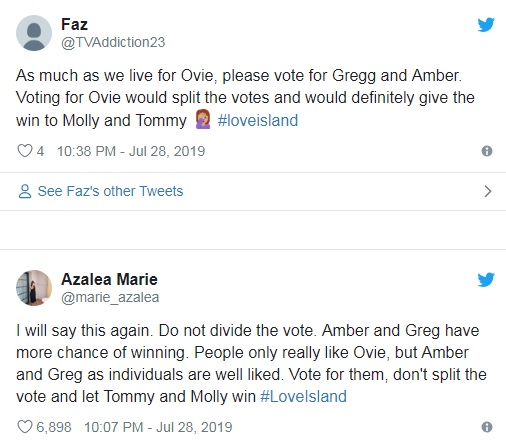 Another added: “I will say this again. Do not divide the vote. Amber and Greg have more chance of winning. People only really like Ovie, but Amber and Greg as individuals are well liked.

"Vote for them, don't split the vote and let Tommy and Molly win #LoveIsland"

Someone else warned: "If amber and greg don’t win we all have to boycott love island winter edition to ensure it flops, that’s just karma luv x #LoveIsland." 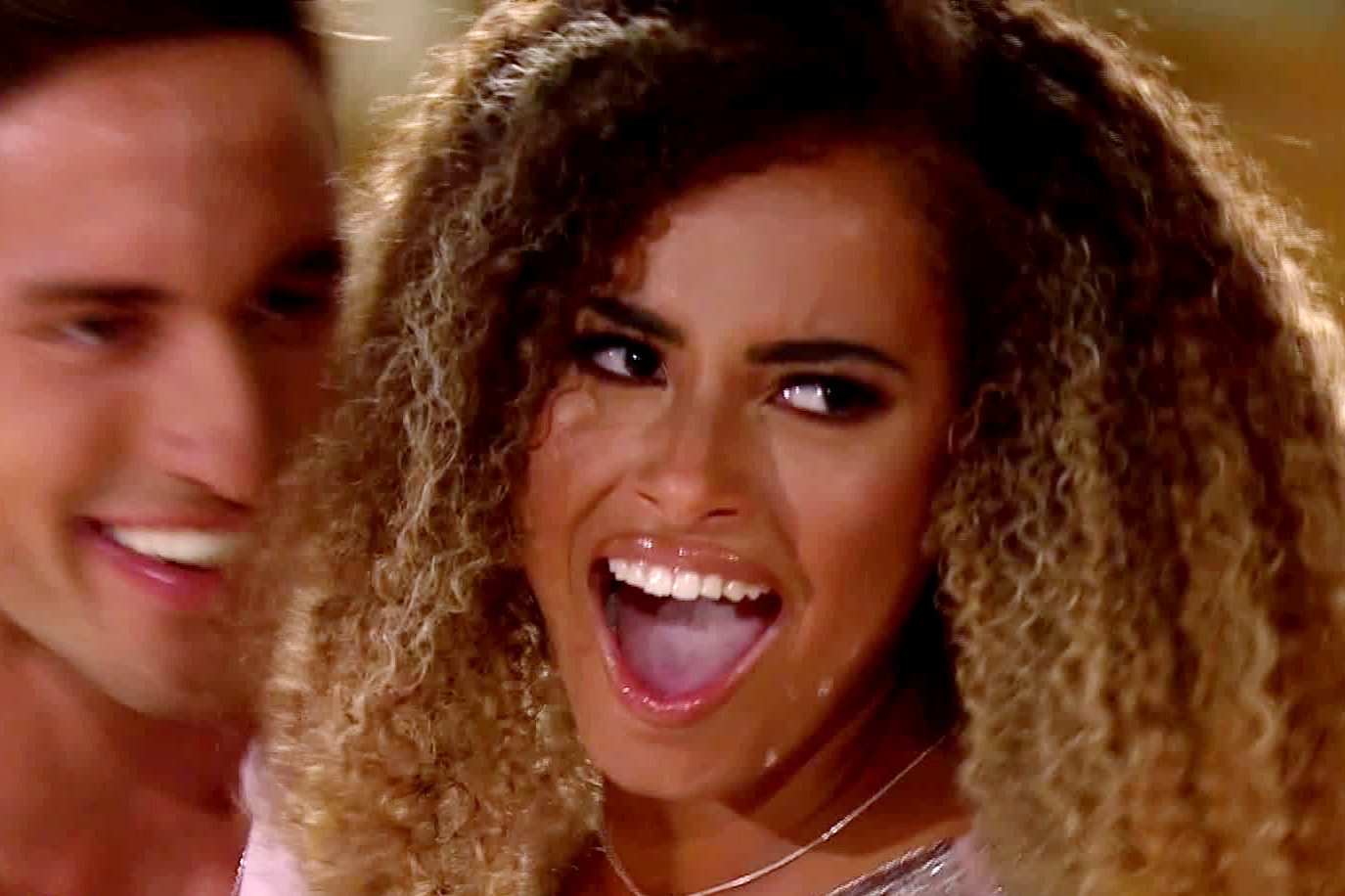 Later when Amber and Greg were crowned winners, fans celebrated by saying: "Didn't realise how happy I would be for Amber & Greg to win #LoveIsland until it happened!"

Someone else said: "Amber is the perfect example that if you’re pure at heart, with legit intentions, you may lose the battle but ALWAYS win the war #loveisland."

Another fan added: "As Amber wins, and Love Island ends, I hope we all slay our Michaels, find our Gregs and have friends like Ovie. #LoveIsland." 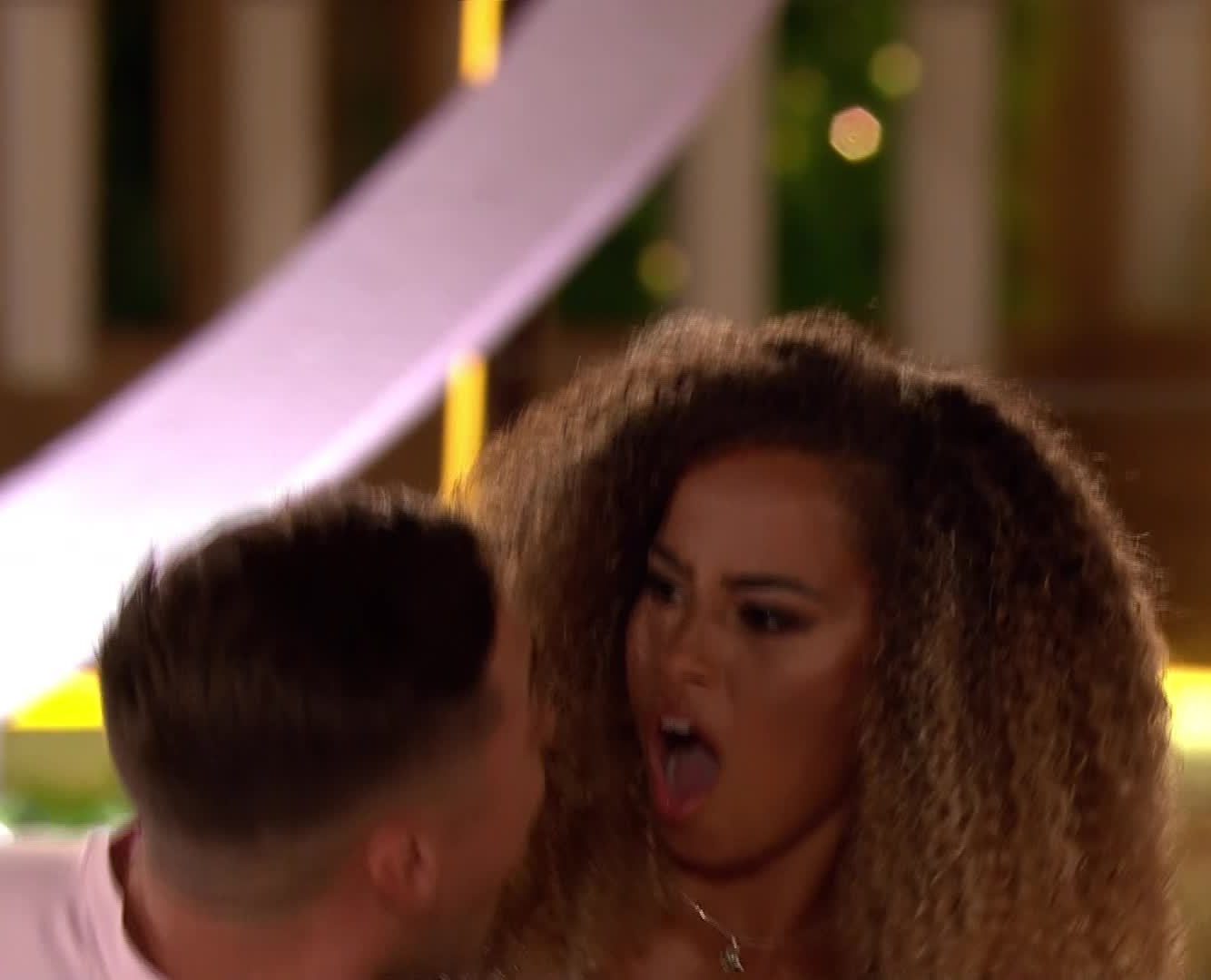 Greg was a late arrival after Amber had her heart broken by firefighter Michael, who recoupled with new girl Joanna Chimonides.

He paid tribute to "great girl" Amber, saying: “I wasn't even in the villa two weeks ago and obviously the public saw us kick it off and it went from there. Thanks a million."

The drama unfolded on a night when:

Meanwhile, 27-year-old Michael was visibly shocked by Amber's victory, spluttering: "Oh s***, oh s***, I did not expect that." 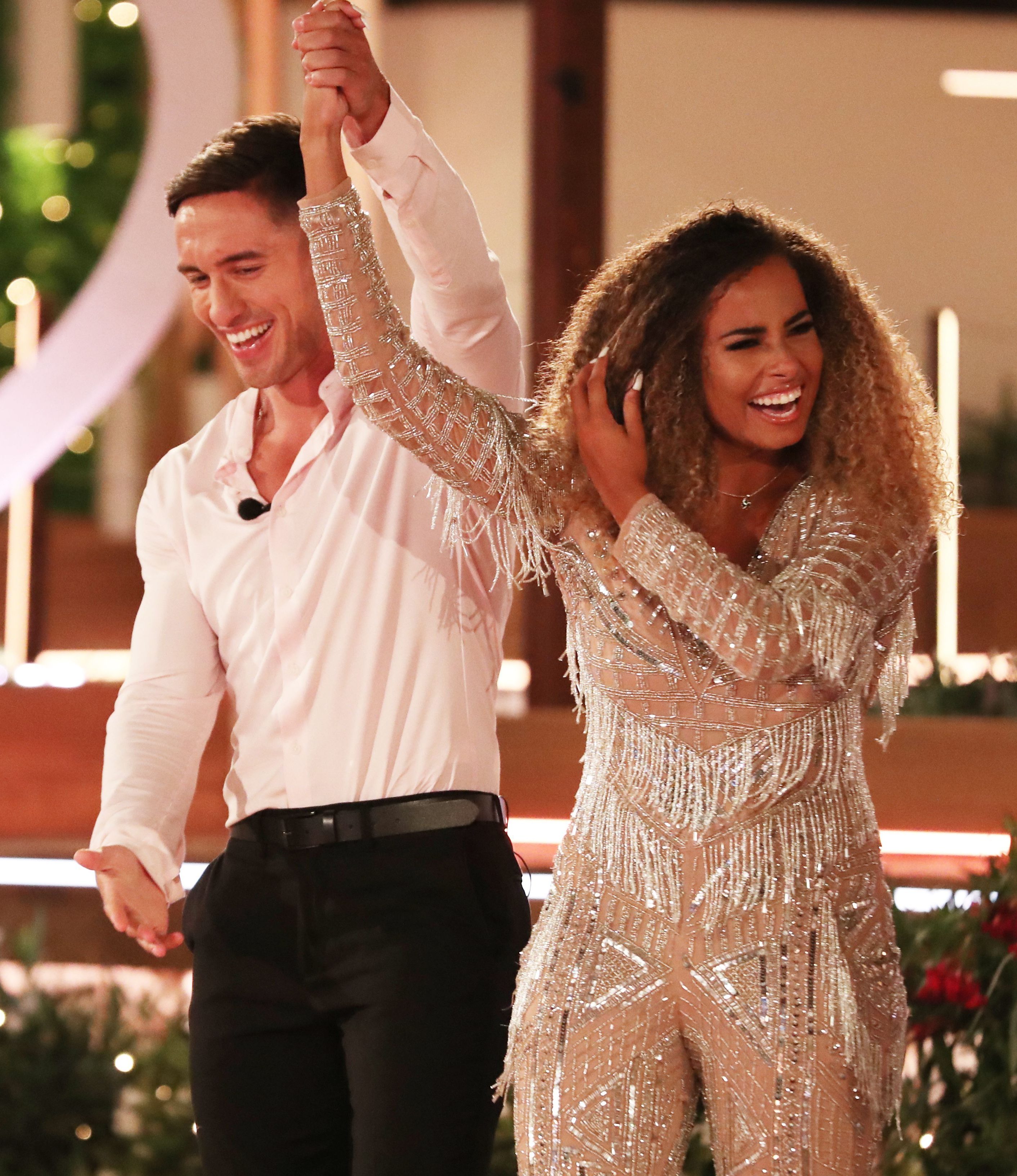 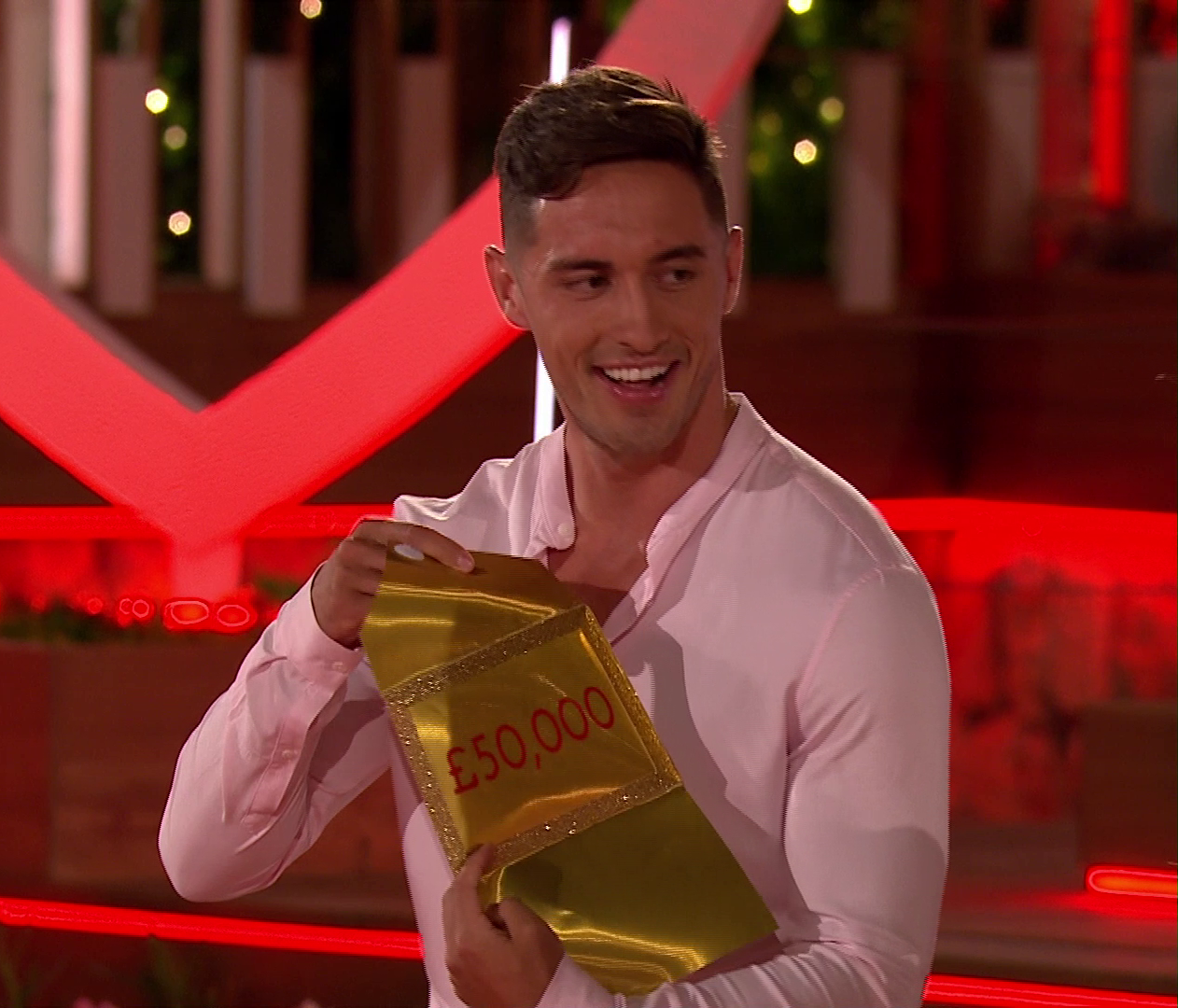 The pair celebrated after Caroline Flack revealed they had won, with Greg grabbing a disbelieving Amber and jumping up and down as their co-stars applauded wildly.

There were also tense scenes as they were forced to open the golden envelopes revealing whether either of them would attempt to steal the £50,000 prize.

However, the nation breathed a huge sigh of relief when they opted to share the cash.

The result is a major upset for the show, with Molly-Mae, 19, and Tommy, 20, having been tipped as the winners for weeks. 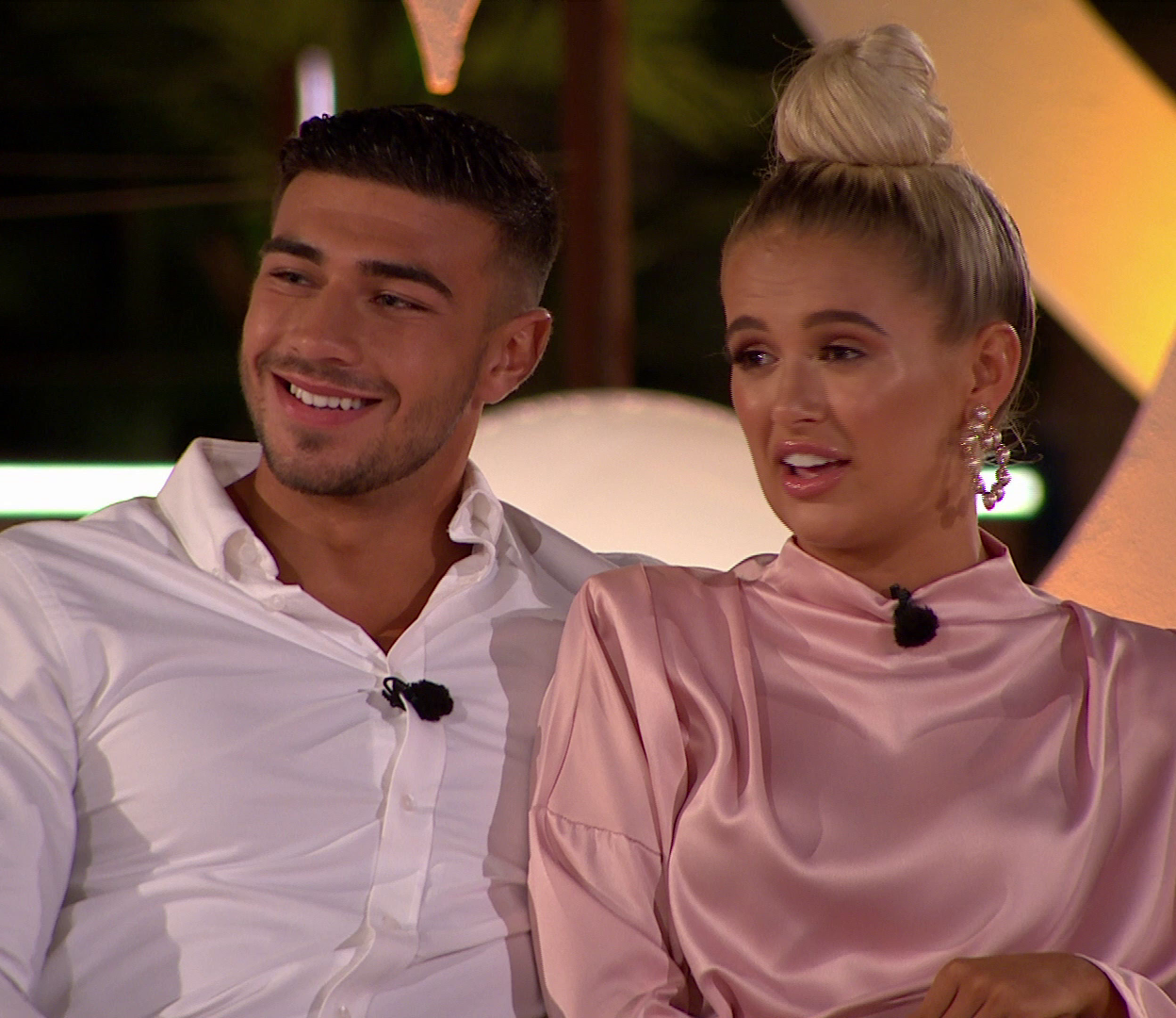 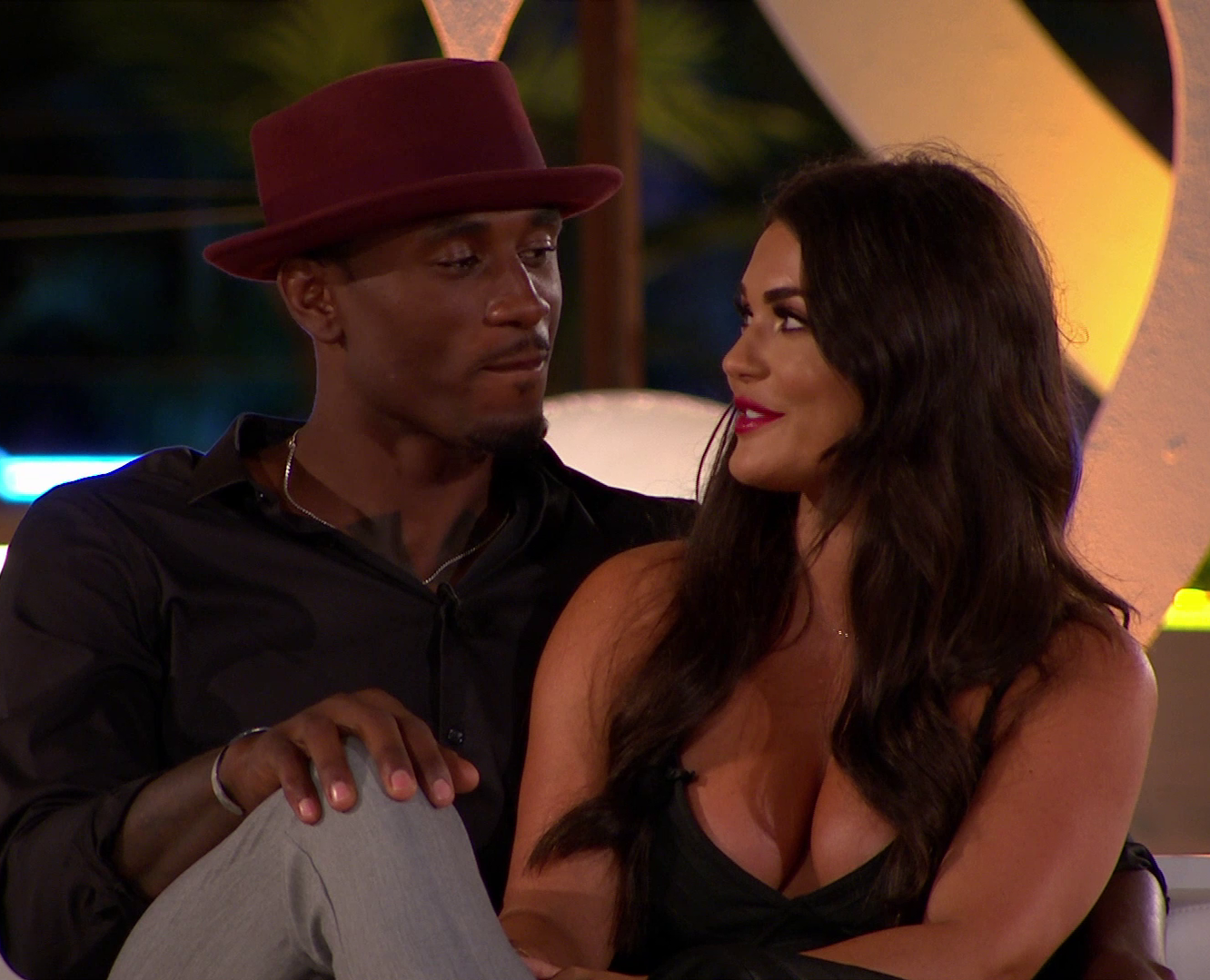 A huge reversal in public opinion in recent days saw Molly-Mae branded "fake", with some believing she'd only stayed with the boxer to win the £50,000 prize.

Meanwhile, votes flooded in for Amber and Greg instead.

Another couple who had been together for less than two weeks also did well, with Ovie Soko and India Reynolds taking the third-place spot. 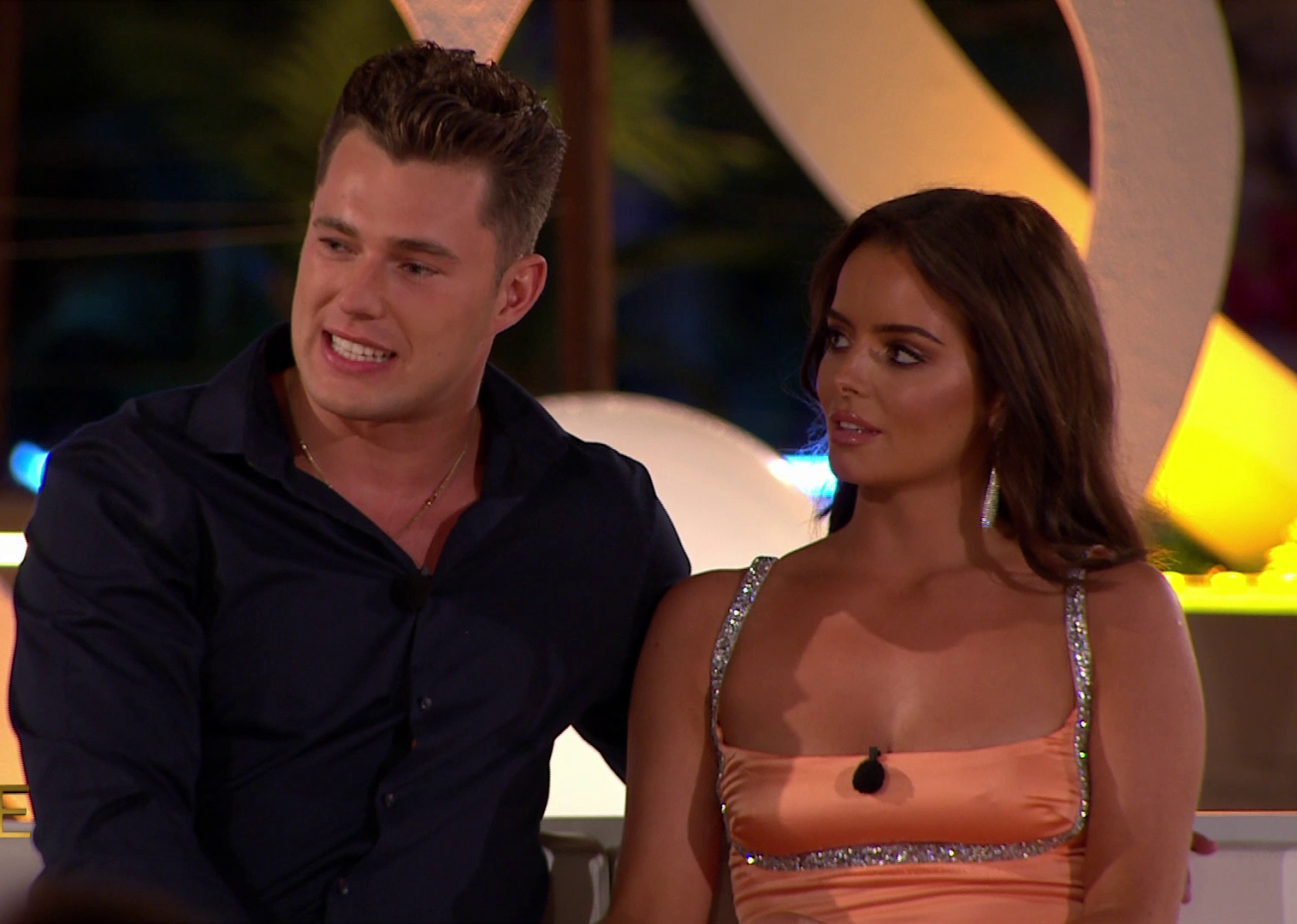 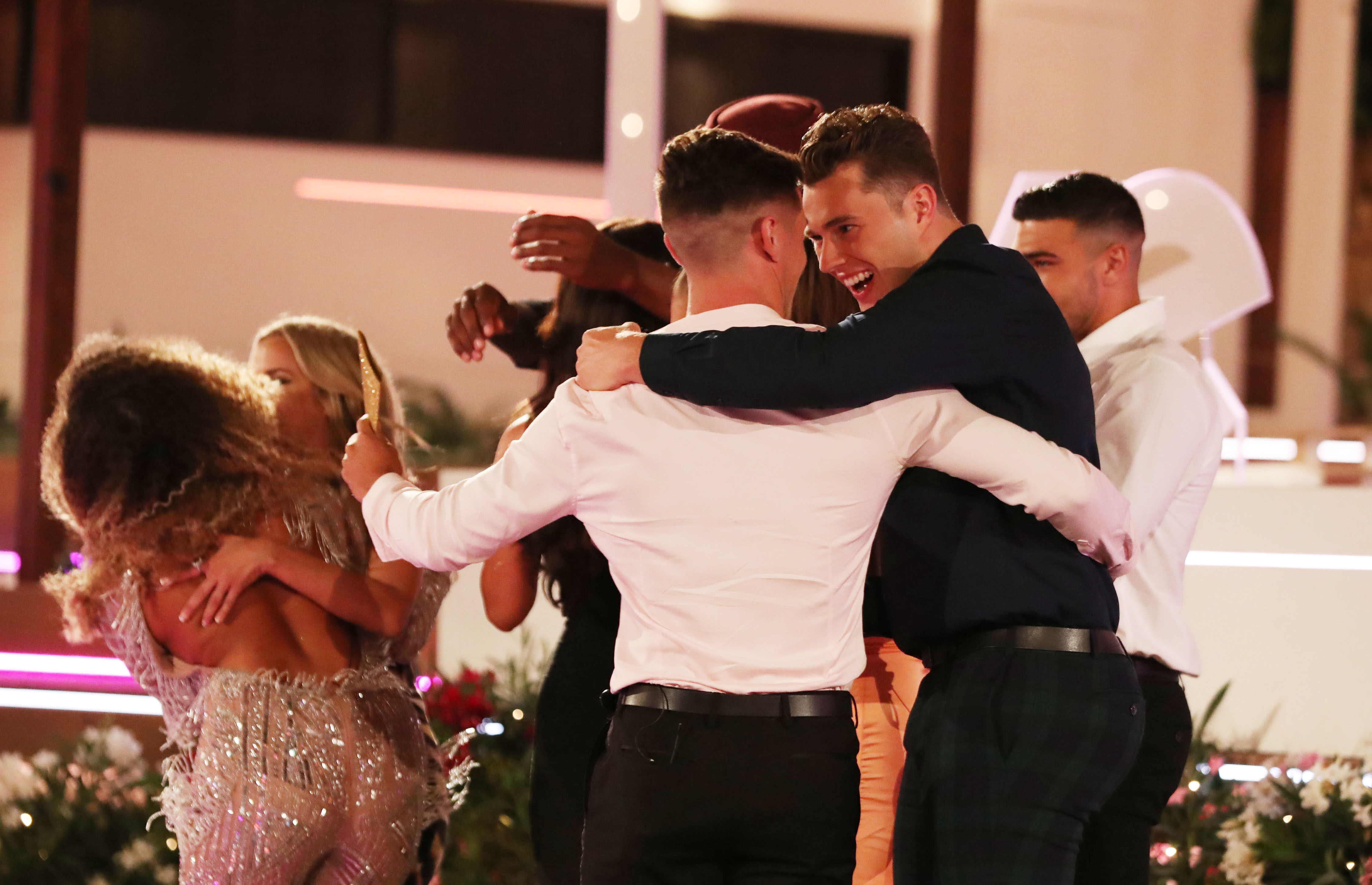 The pair said they were "stunned" to have come third in Love Island – after only having been together for 12 days.

The 28-year-old basketball star told Caroline: "I'm here with a wonderful lady, I didn't even expect to still be here to be honest."

He said their first stop would be getting their families together at a barbecue, insisting: "I love to get on the grill." 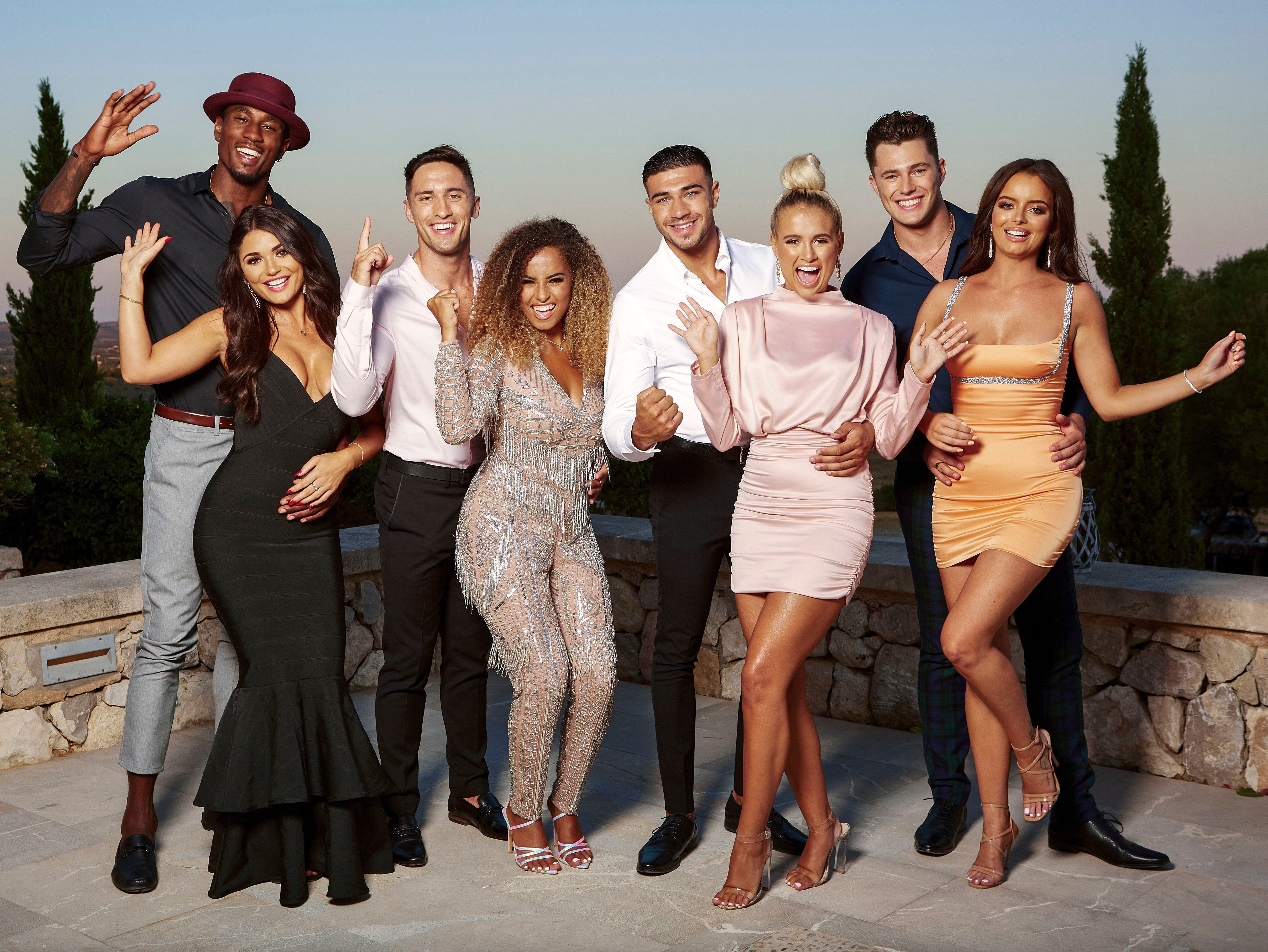 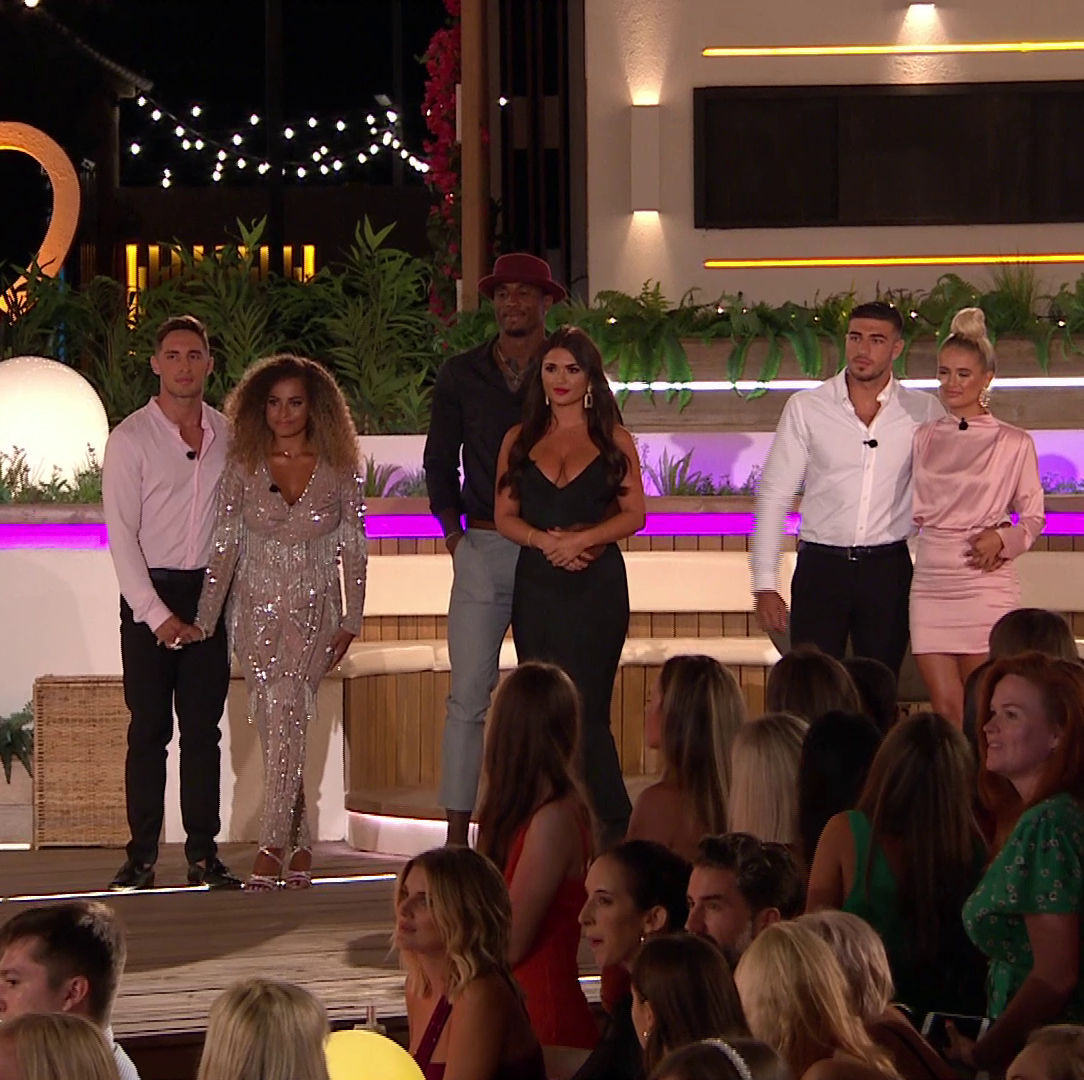 Curtis Pritchard and Maura Higgins became the first couple of the night to be dumped from the Love Island villa.

The 23-year-old ballroom dancer and the 28-year-old grid girl were sent home after the public voted them into last place.

That put them fourth in the competition this year – and according to The Sun Online's body language expert, Maura was far from happy about it.