When Viola Davis committed to playing the trailblazing blues singer of “Ma Rainey’s Black Bottom,” she was uncompromising in her demand for historical accuracy. And that meant that the makeup and hair design had to reflect the actual gritty and greasy look of the heavy-set, swaggering “Mother of the Blues” during the 1920s. While some may wonder if the Oscar-winning actress took authenticity a tad too far,  Davis insisted that such verisimilitude was essential in conveying the power of Rainey in director George C. Wolfe’s adaptation of August Wilson’s award-winning play.

“The makeup was hard to do,” Viola said at a recent Q & A. “I had to search for that information: tent shows, makeup like greasepaint melting off her skin. If I go for authenticity, she has her grill, a mouthful of gold teeth, a horsehair wig, a ton of makeup, smeared on during that day. Either go for it or not go for it. I just did what she did given the circumstances. It was all theatrics, eyeliner, I loved it.”

For her daring transformation as Rainey, Davis tapped her personal makeup stylist, Sergio Lopez Rivera, who collaborated with hair department head Mia Neal. The duo did as much research as possible, but there was little photographic reference, so they had to be inventive on a limited budget and little time to prep. However, Lopez-Rivera discovered much in Rainey’s personal history. She began her career in vaudeville and understood the value of makeup as a mask, applying her own greasepaint, heavy lashes, eye shadow, and wig to build her swaggering persona.

“The design of the character has a couple of distinctions,” said Lopez-Rivera. “There’s the person she was in real life and there’s the character that August Wilson wrote for his play. For me, the major components were that she had a mouth full of gold teeth, she sweated profusely, and also the fact that she was interested in showing that she was a woman of stature and social status. She wanted you to know that she had money by wearing all her jewelry at once, and even wearing her fur in the middle of summer.

“My design for her: I wanted it to be jittery, melting, home-made, and kind of vulnerable,” he continued. “There is nothing in any of my readings of the lines in the story that would tell you that she was a vulnerable person, until one specific scene in the movie when she talks about what the blues meant to her. But the truth is, this woman had to fight her way through her life every single day, even at the height of her success.” 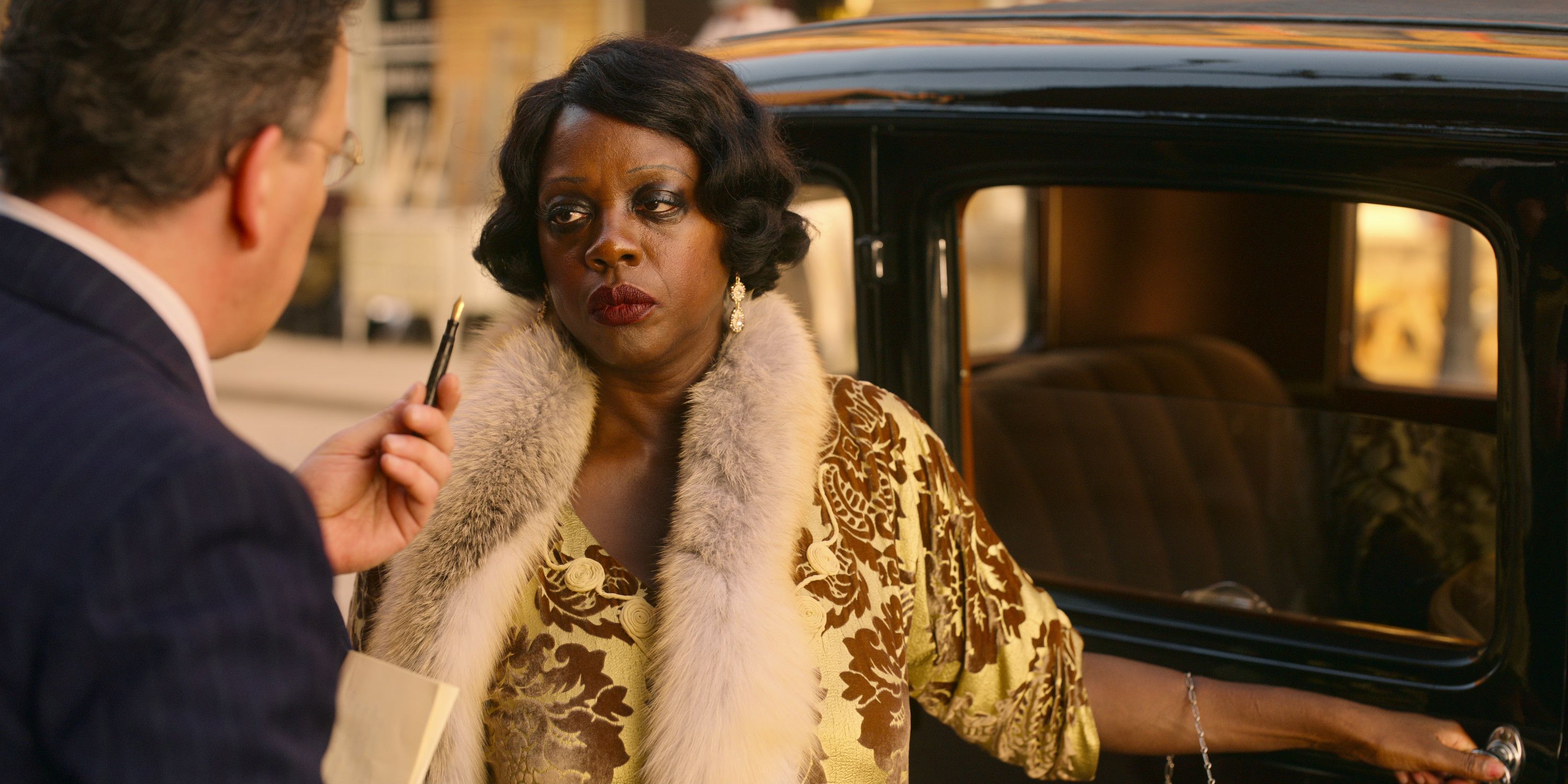 To make Davis’ face disappear, Lopez-Rivera started with the gold teeth, thanks to research unearthed by Ann Roth, the film’s Oscar-winning costume designer (“The English Patient”). This eliminated the actress’ signature smile. For that, they recruited prosthetics effects specialist Vincent Van Dyke, who worked with the actress and makeup artist on “How to Get Away with Murder,” to supply the customized denture work. “But we needed him to create a couple of different options when the director wanted to pull back on all of her bottom teeth being gold,” Lopez-Rivera said.

The next step was playing with the placement of Davis’ eyebrows, so Lopez-Rivera blocked the eyebrows, and painted thin and tilting eyebrows, which were considered beautiful in 1927, when the movie takes place. “I used all the makeup that you find in a department store or beauty supply store today,” he continued. “I mixed brands, so I used a couple of eye creams that were black and a gloss to go over the lids. And what I tried to mimic was the idea that [Ma Rainey] burned a cork or created some kind of charcoal, and then dipped a little Vaseline on the charcoal to create a black cream.

“This was a trick that my grandmother told me they used to do during the Spanish Civil War in Spain in the 1930s. And I took rouge and made it look really heavy and uneven and self-applied. Everything is trying to create the face of a doll. But now you put that on Viola with all of these elements, and you can look at her and sense her struggle. And all that sweat really helps and gives this reflective texture to the layers of all that other stuff I was doing to her skin. It was like taking grit and dipping it in honey. It was that struggle bathed in beauty.” 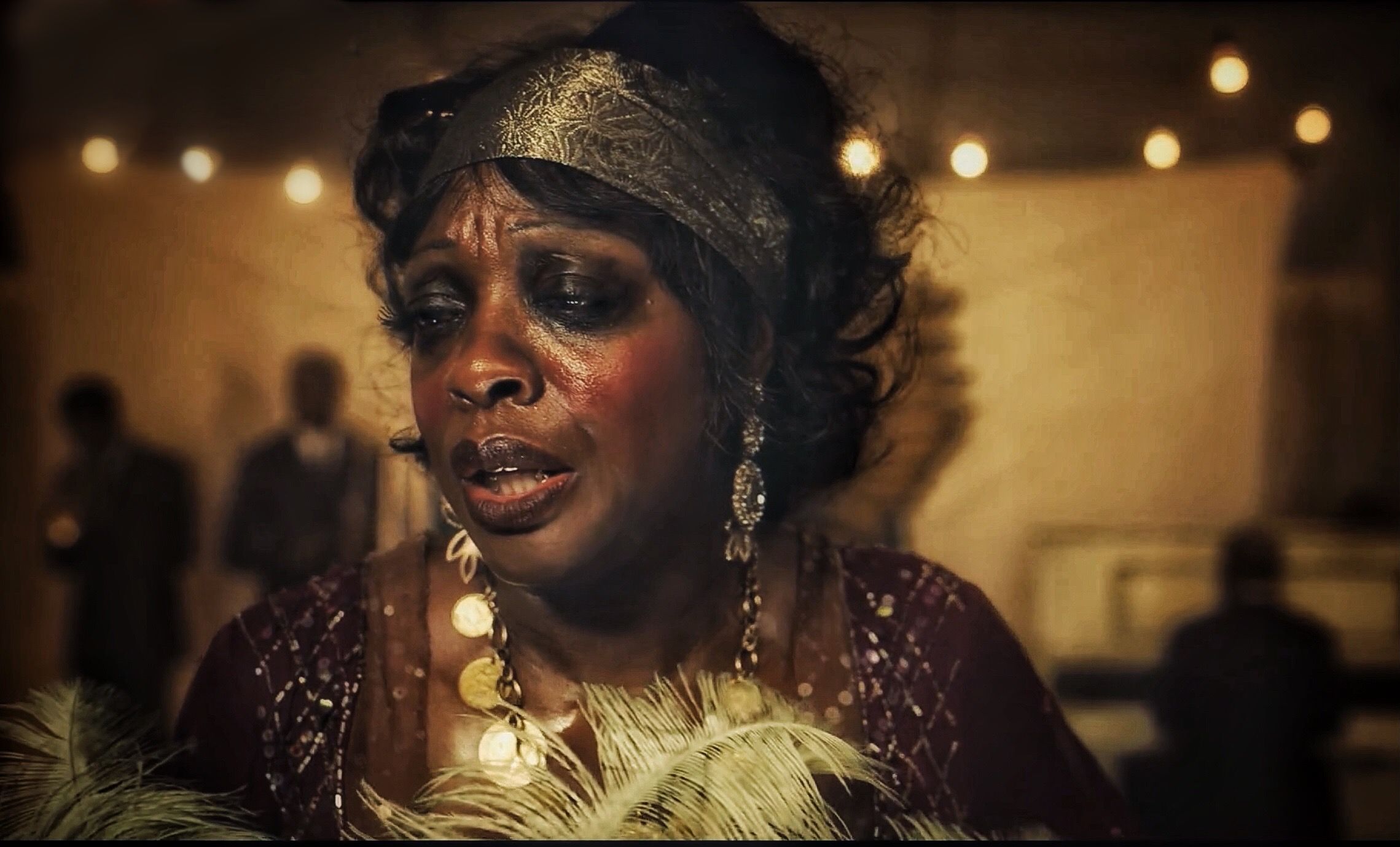 Meanwhile, hairstylist Neal struggled even more in her research of Rainey and had to do a lot of guesswork. That is, until Roth helped her out as well with the revelation that the blues singer made her own wigs out of horse hair. So Neal got a hold of an entire mane to work with that was covered with manure and lice eggs. “It’s more of a wire consistency instead of hair-like, so it definitely had some weight to it and totally gets disheveled and crazy very quickly,” she said. But there were many stages in turning the horse hair into a wig: boiling it, softening it, yet it never lost it curl. “But when I was sewing the wig, it was so thick and wiry, only one hair at a time could fit through the lace that I use to build wigs,” Neal added.

What the hairstylist realized was that the hair was akin to today’s synthetic wig. “Here was a woman of color in 1927 — she couldn’t walk into any hair salon, so it was a wig that she could carry in a box when she was on tour,” said Neal, who made a second, more elaborate wig made of European hair. “I didn’t find it the research, but this was a person who was first generation free in this country, and she finally had the money to get the things that had been denied for so long. That explains why she didn’t follow the rules. Her everyday hair with the finger wave was another symbol of that. They would go and purchase these things for her, and then she goes into the places with things she was supposed to have in the first place.”