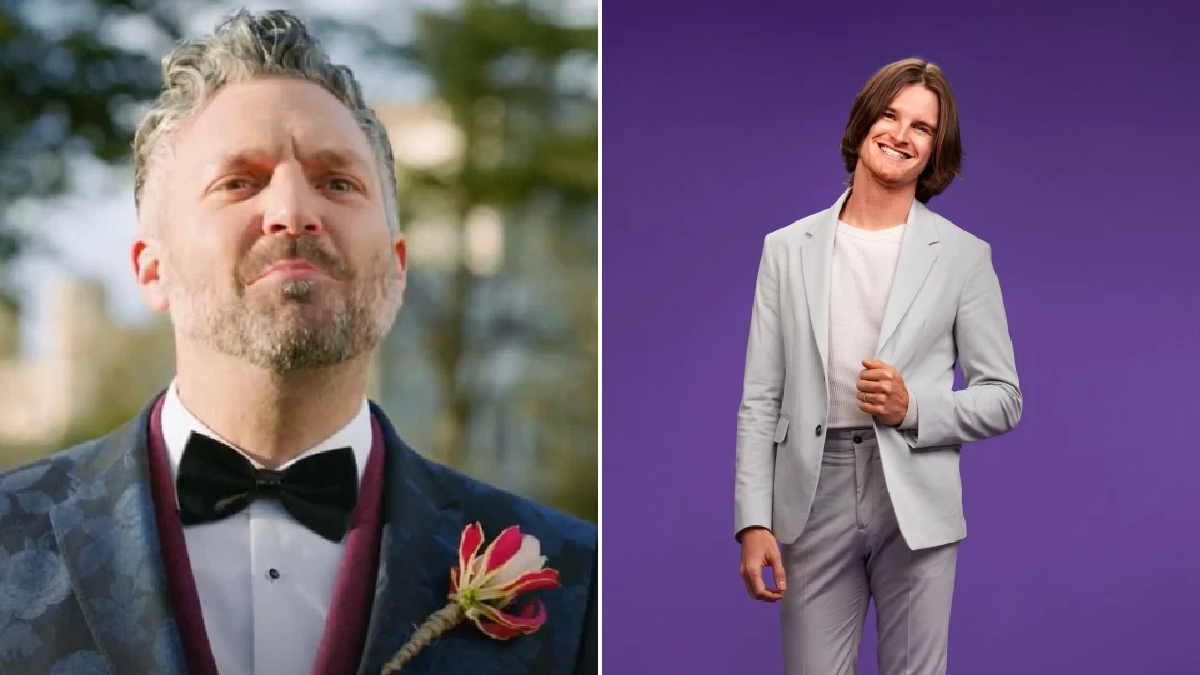 Singletons Matt and Daniel, who are one of eight pairs that have signed up for the experiment, have been matched together by experts Melanie Schilling and Paul C. Brunson.

The duo was split up for the first episode, with Matt staying with the other grooms and Daniel joining the brides ahead of meeting each other for the first time at the altar in episode two.

Matt, 39, is a charity worker from West Yorkshire and is hoping to find a man he can have children with. But will he meet his match in Daniel, who is 27-years-old and works in sales?

‘It’s amazing to be one half of the first gay couple,’ Daniel enthused, in scenes that aired tonight.

‘Gay marriage has only been legalised very recently in Northern Ireland, which is absolutely shocking. And, now that I can share my relationship with the world, I find that so important.’

Matt told the other bachelors that he came out when he was 15.

‘When I started to tell people and realised who I was, I kind of became the person who I am now,’ he said.

However, a teaser ahead of their big meeting tomorrow seems that their age is going to throw a spanner in the works.

‘Two grooms are confronted with an age gap,’ the narrator announces as an inquisitive Matt asks his new husband: ‘How old are you?’

Will the pair be able to move past their 12-year difference?

Married At First Sight UK continues on Tuesday at 9pm on E4.